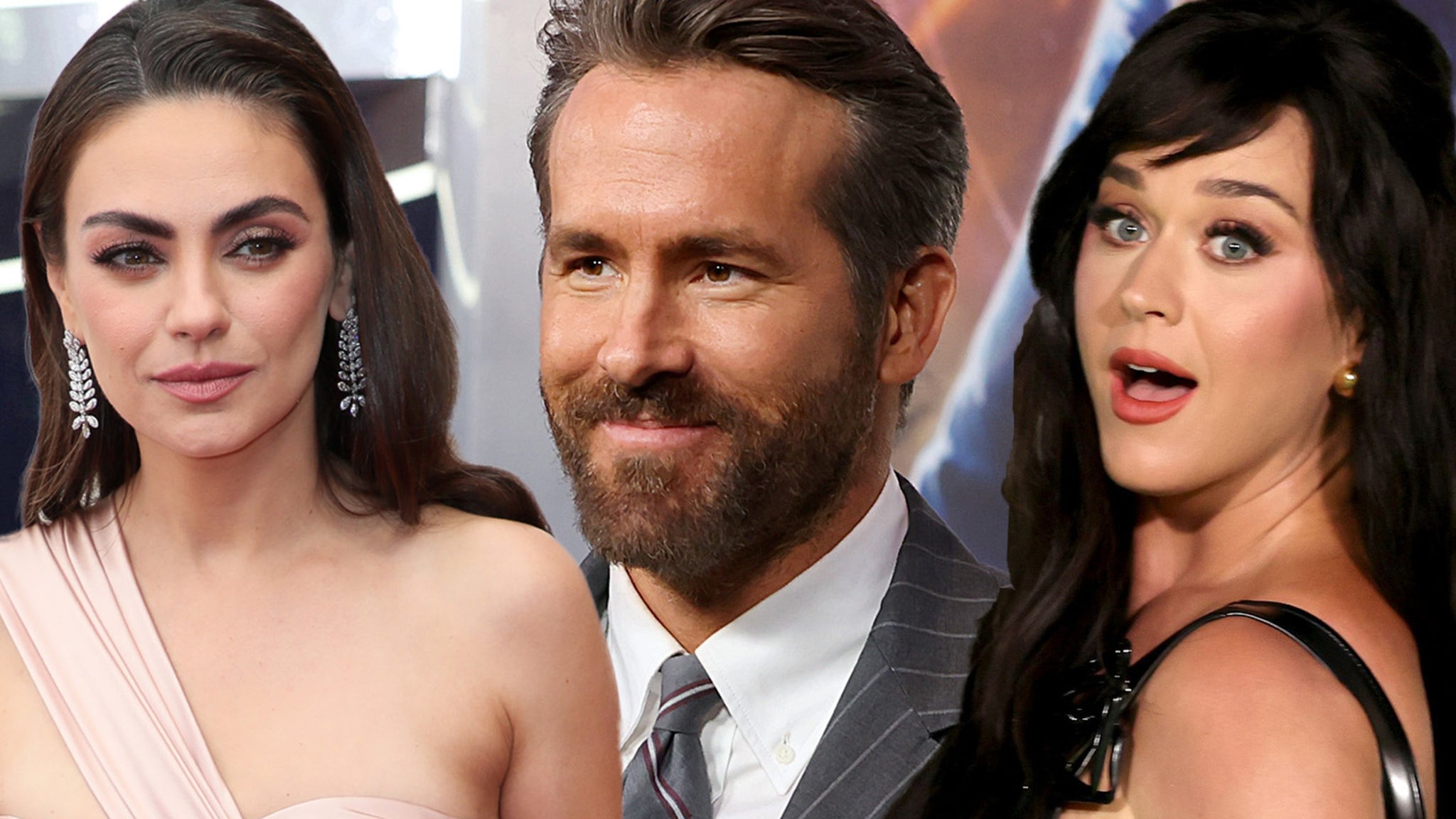 “So for five minutes I just pretended like I was the coolest guy on Earth, Ryan Reynolds.”

Celebrities get recognized in public pretty frequently but sometimes the people who recognize them aren’t quite right about what celebrity they think they’re meeting! In fact, many celebs admit that they’ve been called the wrong name or had entire conversations before they realized that a fan thought they were someone completely different!

While it might get a little annoying to be confused with another star, sometimes these celebs decide to have some fun and roll with it. Whether it’s because they don’t want to disappoint an excited fan or they’re just feeling a little cheeky, their little white lie about their identity definitely makes for a hilarious situation!

Find out who these celebrities pretended to be…

Chris Pine admits that he often gets confused for other celebrities like Ryan Reynolds and Matt Damon but at a recent event, he found himself in the middle of a mixup that had never happened before! Chris explained that a man at an Oscars party stopped him to ask if he was actor Joey Lawrence. When he told the stranger that he was “not quite” right about his guess, the man urged Chris to tell him who he actually was — and he played a little trick on him!

“I said, ‘Not quite but thank you, I’m sure I’ll remember that for the rest of my life.’ He’s like, ‘C’mon man, tell me who you are! Who are you?’ And I was like, ‘Chris Evans. Captain America.’ And to top it all off he goes, ‘That’s my man,'” Chris recounted on “Jimmy Kimmel Live.”

There’s no denying that Keira Knightley and Natalie Portman look alike — especially after Keira was cast as Natalie’s decoy in “Star Wars: The Phantom Menace.” Keira says the mixup happens in real life too and fans often chase her down thinking that she’s Natalie. Despite the mistake, Keira says she sometimes plays along and signs autographs as Natalie!

“Natalie Portman I get a lot, and I get chased through airports. I feel quite sorry for her because she must get chased a lot because it’s happened like five times where someone’s been like, ‘Natalie! Natalie! Natalie!’ And I’ll sign and take a picture as Natalie,” Keira admitted on “The Graham Norton Show.”

Mila Kunis is often approached by fans who think she’s Sarah Hyland so when the actresses met for the first time they had to swap stories about being confused with each other. According to Sarah, Mila said she definitely pretends to be the “Modern Family” actress when people make the mixup.

“She came up to me and said she gets called me all the time too. She said that sometimes she pretends she’s me because it makes her feel young. I asked if I could pretend to be her next time somebody asks me if I’m her, and she said OK,” Sarah told InStyle.

On occasion, Ryan Reynolds admits he gets mixed up with Ryan Gosling, but he doesn’t seem to mind! When asked what he would do in that situation, Ryan said it had actually happened just recently and he went along with it.

“Last night someone said how wonderful I was in ‘La La Land’ and I didn’t correct them, because if they were indeed talking about him, he was wonderful in that movie… I just went with it,” Ryan told “Access Hollywood.”

Kate Mara says that when she’s out in public, she’s not often recognized as herself and is typically confused with Anna Kendrick or even Isla Fisher. Most of the time, Kate admits that she just goes along with it and acts graciously.

“People usually don’t think I’m me. They think I’m Anna Kendrick or Isla Fisher. They’ll say, ‘You were so good in ‘Wedding Crashers!” And I’m like, ‘Thank you!'” Kate told People.

These Actors Were Forced to Make Films They Hated

Like Kate Mara, Isla Fisher says people are often confused about who she is too. Isla explained that she’s most frequently confused for Amy Adams and sometimes it’s actually other celebrities that make the mistake. While once attending the Vanity Fair Oscars afterparty, Isla ran into Lady Gaga, who thought the actress was Amy — and began complimenting her on her work! Isla decided to just go with it but she almost got caught when the real Amy walked into the event!

“The crowd parted and there was Lady Gaga and she’s heading right toward me and she says, ‘Thank you. Your performance in ‘American Hustle,’ Amy…’ I was thinking, ‘Oh my gosh it’s Lady Gaga.’ I love her so much. I don’t want to tell her the truth! So I just gracefully thanked her and bowed my head…Then I look over her shoulder and there’s Amy Adams walking into the party,” Isla said on “Jimmy Kimmel Live.”

“Harry Potter” star Rupert Grint says that about 50 percent of the time, people who approach him think he’s Ed Sheeran. And it’s not just fans who make the mistake! Rupert once shared that British singer-songwriter Leo Sayer also made the mistake when they ran into each other in public. He decided to just play along!

“He came up to me and said he loved my music, of course thinking I was Ed. I play along,” Rupert said on “The Late Late Show.”

Elizabeth Banks and Chelsea Handler’s appearances are sometimes compared to one another — and fans definitely end up making the mistake! Elizabeth says she was once in an airport when a man came up to her and was under the impression she was Chelsea. She says she played along and ended up having a great time!

“I was sitting in Toronto and a guy walked up to me and said, ‘Oh my god, my girlfriend loves you. She would die if I didn’t get your autograph. This is so exciting!’ He’s like, ‘I just love your books. I mean, ‘My Horizontal Life’…. ‘I was like, ‘Oh, he thinks he’s meeting Chelsea Handler.’ I couldn’t ruin it for him! I was like, ‘It’s nice to meet you!’ I was just hanging out, being Chelsea, drinking my vodka and having a good time. He couldn’t have been happier,” Elizabeth recalled on “Chelsea Lately.”

Before Katy Perry was a massive star, she was often told she looked like Zooey Deschanel — and she used it to her advantage! Katy says she used to trick people in nightclubs into believing she was Zooey so that she could get in for free!

“When I moved to L.A. maybe 18 years ago, I was pretty much a nobody, and you were just getting so huge at that time. I was so complimented to look like you, but I have to admit something to you. I went to the club. A lot. And I wanted to get into the club, but I had no money, I had no clout, I had nothing, and sometimes I would pose as you to get into the club,” Katy confessed during a livestream with Zooey.

Zooey Deschanel admits she has also pretended to be Katy on occasion, especially when her fans approach her hoping for an autograph. While it doesn’t happen as often as when they were both early in their careers, Zooey says she has signed Katy’s name on occasion!

“It used to happen a lot more but now that I have the show, it doesn’t happen as often. If somebody made the mistake and asked for an autograph, I could sign Katy Perry’s name, why not? I don’t want to disappoint anyone,” Zooey told Inquirer.net.

Justin Hartley sometimes finds himself being confused with Ryan Reynolds but when he decided to play along on one occasion, it totally backfired. Justin explained that he was surprised when a fan appeared to be really excited to meet him — but he quickly realized she thought he was Ryan.

“[A woman] was standing right next to me, and she made this [shocked] face…I was like, ‘Oh my gosh, this is amazing. She really likes me.’ I was feeling pretty good about myself. She starts telling me how great I am and how in love with me she is, and it’s really great. [Then] She asks me how Blake [Lively] was … Then she asked me if I knew ‘Deadpool’ was going to be that big of a hit. So I was insulted for half a second, and then I even felt better about myself. I didn’t have the heart to tell her it wasn’t him, so for five minutes I just pretended like I was the coolest guy on Earth, Ryan Reynolds. Then on my way out the door, I caught her — I wanted to give her one last wave and she just was staring death at me. Somebody told her,” Justin said on “The Tonight Show.”

John Stamos has admittedly been confused for Rob Lowe in the past and when it happened while he was on vacation, he had to document it. The actor took a video while snapping a selfie with a fan, where she can be heard saying “Rob Lowe!” John went along with it and smiled for the photo — and then posted the video on Instagram.

Mark Wahlberg may be confused for Matt Damon all the time, but he says he doesn’t mind and tends to just roll with it — and does a little promo on Matt’s behalf!