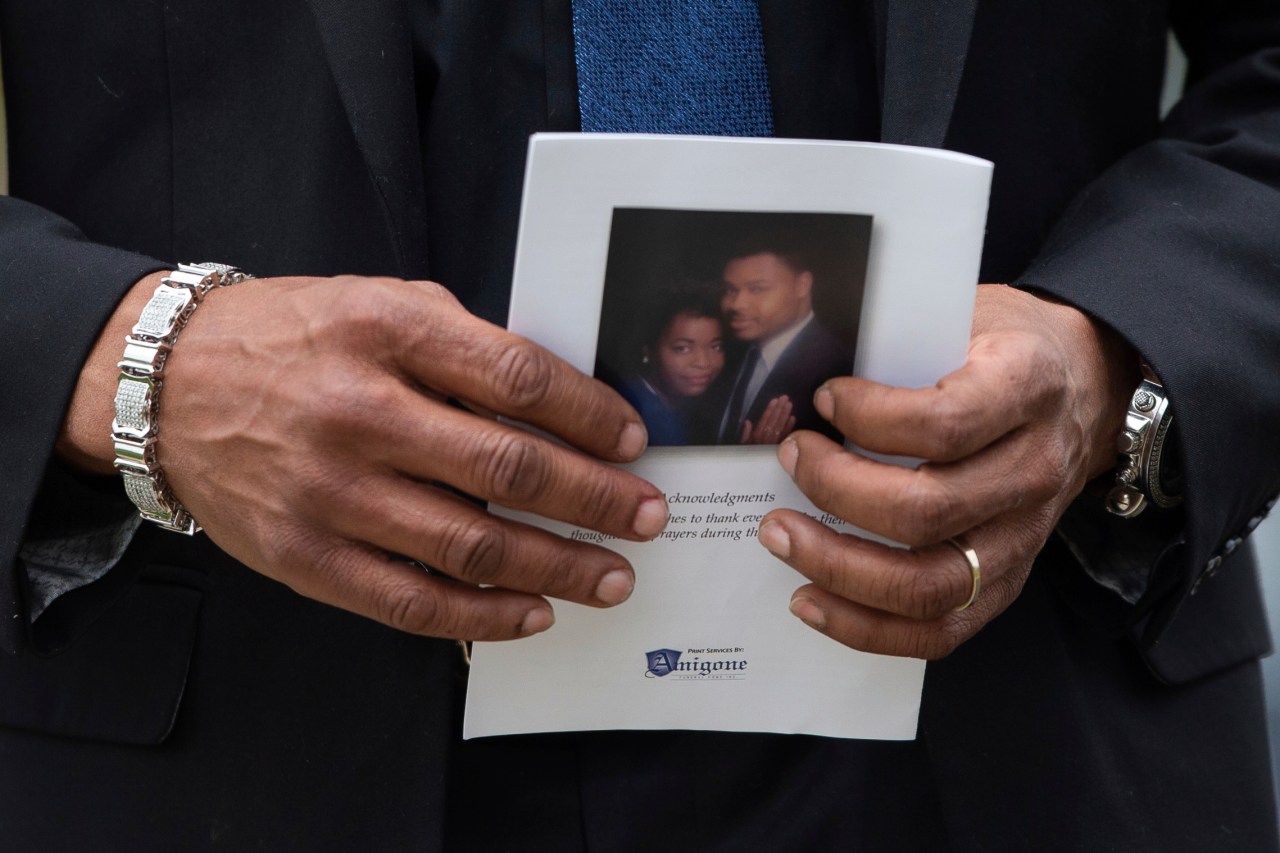 BUFFALO, N.Y. (AP) — A mother and sister known for baking decadent pastries. A restaurant worker buying his 3-year-old’s birthday cake. A father of six who worked as a school bus aide.

These three victims of the racist attack on a Buffalo supermarket will be laid to rest Friday, in a week filled with goodbyes for family and friends

Funeral services are scheduled for Geraldine Talley, 62, of Buffalo, Andre Mackniel, 53, of Auburn, and Margus Morrison, 52, of Buffalo.

They’re among the 10 Black people killed and three wounded when a white gunman opened fire on afternoon shoppers and employees at a Tops Friendly Market on May 14. Authorities said he chose the grocery store because it’s in a predominantly Black neighborhood.

For many Black Americans, this latest example of targeted racial violence stirred the same feelings they faced after earlier attacks.

“It’s like Groundhog’s Day. We’ve seen this over and over again,” said Mark Talley, son of Geraldine Talley, at a news conference Thursday. “I constantly think about what could have been done.”

Friends and family of Talley say she was an expert baker who treated them to apple crisp, cakes and pastries. She was with her fiancé at Tops when the shooting started. Her fiancé was in a different aisle and made it to safety.

“Gerri will be remembered for her beautiful spirit, her dimpled smile and immense love for her family,” her online obituary said. Veteran civil rights activist Rev. Al Sharpton is expected to memorialize Talley on Friday.

Mackniel was picking up a birthday cake for his young son when he was killed. He was a cook and stay-at-home father to his son, his obituary said.

“He loved basketball, playing the guitar, writing poems, listening to music, but most of all Andre was a very family oriented man,” it said.

Morrison, a father of six, had worked as a security guard and was a bus aide with Buffalo Public Schools since 2019. He was buying snacks for a family movie night, his stepdaughter Cassandra Demps told WIVB.

Frederick Morrison, said he’ll remember the brother he often played basketball with as comical and full of energy.

“All his jokes weren’t good,” Frederick told The Buffalo News, laughing, “but he was funny.”

The final victim, Ruth Whitfield, 86, will be laid to rest Sunday.

The country was still mourning the violence in Buffalo when yet another mass shooting left 19 students and two teachers dead inside an elementary school in Uvalde, Texas, on May 24. Authorities say the shooters in both attacks were 18-year-old men with semi-automatic rifles.

The suspect in the Buffalo shooting was charged with first-degree murder and is being held without bail. His lawyer, at his initial court appearance, entered a plea of not guilty. In Texas, the alleged gunman was killed by law enforcement.