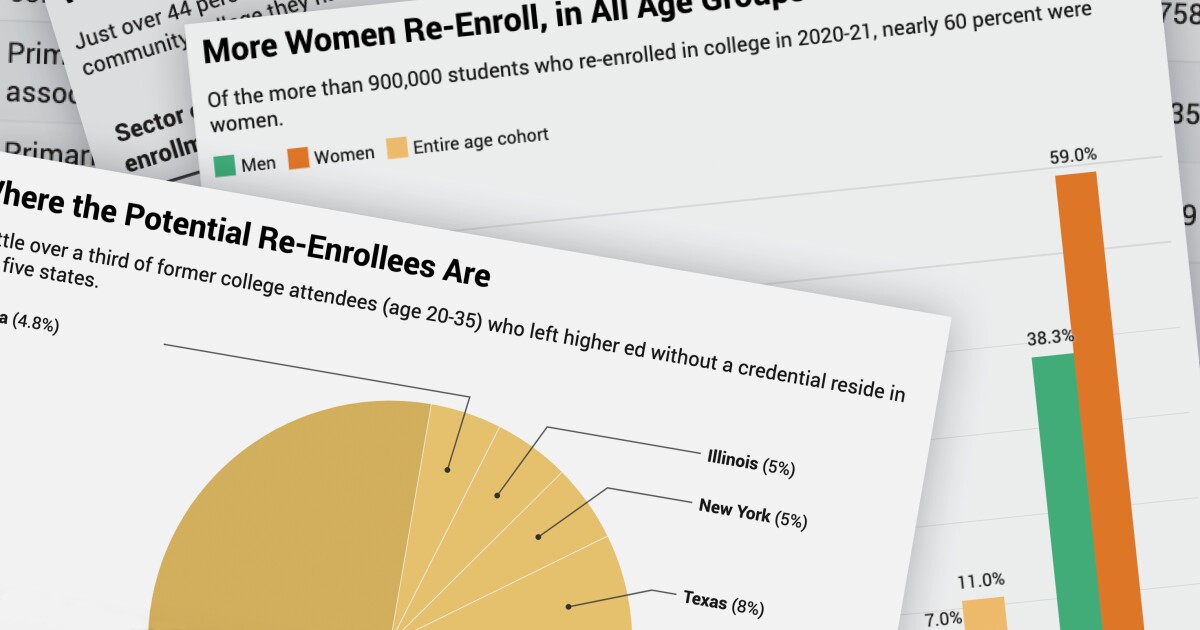 Can universities and colleges do more to identify and re-enroll people who attended college but dropped out before earning a certificate, or an associate or bachelor’s degree? Absolutely, says the National Student Clearinghouse Research Center, which estimates in a new report that more than 39 million people checked that box as of July 2020.

The critical nexus for this part of the population? Community colleges. Of those 39 million former students, well over half (58 percent) last attended a community college before dropping out.

In addition, NSCRC found that, of the more than half-million former community-college attendees who re-enrolled at an institution of higher education in the 2020-21 academic year, 44 percent returned to the community college they had attended the most recently before dropping out. An additional 26 percent of those 500,000-plus re-enrollees returned to study again at a community college — but at a different campus from the one they last attended.

In comparison, students who re-enrolled at the same public and private, nonprofit four-year institutions they had previously dropped-out from did so at lower rates: 30 percent and 26.9 percent, respectively.

Mirroring the college-enrollment gender-gap, female re-enrollers (regardless of the last institution of attendance) outnumbered their male counterparts by nearly 20 percentage points. Re-enrollers also tended to be relatively young — about two-thirds were 34 or younger.

What else does the data show about these re-enrollers and former students with some college but no credential?