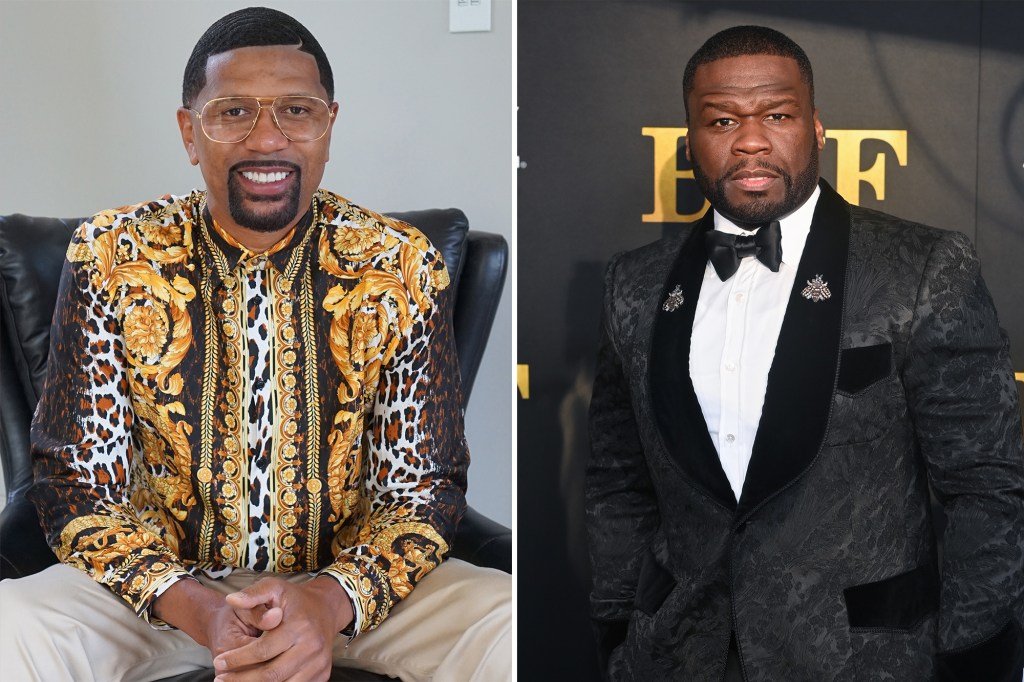 This week’s “Renaissance Man” guest comes from the streets but is sitting in the boardroom. He’s a known fighter who has taken his licks (9 gunshots) and not only lived to tell about it, but had the ultimate revenge: resounding success in music, business and entertainment. So it’s only fitting that Curtis “50 Cent” Jackson, in crafting his television turn, looks to the man who brought underdog Rocky Balboa to life.

“First, I looked at, like my hero, as far as a career or how to navigate the business of entertainment, is Sylvester Stallone,” he told me. “You know, he kind of made all the vehicles that he actually worked [on].”

Like late great Tupac, Ice Cube, Ice-T and Queen Latifah, he has made the jump from music to film and television. The Southside Jamaica, Queens, native said there’s a synergy to both music and television that allowed him to transition.

He knew how to make a hit and assemble a team that could bring continuity to his vision and carried that over into creating a show. “My habits and what I am conditioned for is why I progressed so fast in television,” he said.

There is also his legendary work ethic. Currently, he is working on 22 projects, with the most notable ones on the Starz network. There’s the crime drama “Power,” in which he starred as drug dealer Kanan Stark. He’s also the executive producer and helped spawn a spinoff universe following the main characters’ origin stories. He now has so much intellectual property on Starz, they should rename it the 50 Cent Network. And his case for the name change is only gathering steam. On Sunday, his latest project “BMF” premiered on both the Starz network and their app, with new episodes dropping every weekend.

“BMF,” or Black Mafia Family, is a project that I am passionate about because of my hometown roots. It’s a drama inspired by the true story of brothers, Demetrius “Big Meech” Flenory and Terry “Southwest T” Flenory, who rose from the streets of southwest Detroit in the late 1980s and created one of the most influential crime families in US history. They later expanded into the rap game. Think the love child of “The Godfather” and “Scarface” with a hip-hop flavor.

When I saw it premiere in Atlanta two weeks ago, I was blown away at how the show brought these characters to life. I knew both “Big Meech” and “Southwest T” when they were first starting out. Their sister Nicole was a cheerleader when I played ball. By the early 2000s, they had moved their base to Atlanta where they established a foothold in the industry with BMF entertainment, working with artists like Young Jeezy and Fabolous. They were known for their extravagant lifestyle and famously took out a billboard by the Atlanta airport: They were hiding in plain sight.

Big Meech even threw himself a party in Atlanta with zoo animals. I was at that bash, but I made sure to not pet the tigers or the zebras. Apparently 50 took a hands-off approach as well. When I asked how the “In da Club” rapper got to know them and their story, he said he initially avoided them.

“I heard about them in 2003 … I was scared to go near them. My history and the things I got myself into prior to my success in music, it would be so easy for these people to package me,” he said, with a laugh.

However he didn’t want or need the association. He had lived the hard life on the streets and wanted to move toward legitimacy — not slide backward into the dark criminal abyss.

“You were supposed to be rough and tough before you had anything,” he said.

But the Flenory story does make for compelling television. The show begins with their humble origins in Detroit where there’s a culture clash within the family because the parents were good Christians, and the sons were praying to Our Lady of Cash Money.

“The facts are stranger than fiction. What differentiates this show from the other family dramas that I’ve done was the Christianity. [There’s] the Dad and the mom and dealing with the actual choices the children make,” he said.

Curtis said he was influenced by his mother Sabrina, who was a street hustler. She had him when she was 15 and died when he was 8.

“I go into my grandparents’ home full time at that point, and my grandfather simplified things. He went to work. He came home. He just gave my grandmother this check. He had nine kids,” he told me. “So I come into the house … We didn’t have much because it had to cover nine of us. The only people I’d see who represented financial freedom or nice things in life were all from my mom’s life … I’m like, ‘God damn, they got everything.’ My representation of the right way is my grandfather and we got nothing. It does guide people into different directions.”

The mogul is thoughtful and introspective of his journey. He’s also clever. In creating his “Power” universe, he’s infused music. While pitching it he curated a song for each character, and the show has launched many careers, including folks like Joseph Sikora who plays Tommy Egan and Omari Hardwick who plays Ghost.

With “BMF” he cast some well-known players, including Wood Harris and his brother Steve Harris. But the “BMF” breakout star, according to 50 Cent is Demetrius “Lil Meech” Flenory Jr., the real-life son of Big Meech. Initially, Lil Meech was a family adviser and played 50 Cent some of his own music. Curtis being Curtis had a epiphany: Why not cast Lil Meech as his father?

“For me it’s so exciting to watch. He’s taking it so seriously. Not just because of the opportunity but the way he looks at me just from being around the culture,” Curtis said. “He will say, ‘My dad created a lifestyle and 50 created a TV show and a monster.’ He’s talking about him. He is going to be somebody you watch.”

With his knack for casting, I wanted to know if he’d ever star in a romantic comedy and who would he want to act opposite in a love scene. He said his fellow Queens native, Nicki Minaj.

And he thinks DaBaby should be an actor, simply based on his performances in his music videos. Ultimately, 50 Cent told me he wants to create more shows that represent the black community.

“Diversity. It’s important that we push the envelope and tell stories that are culturally different from what we’ve seen in the very beginning,” he said.

But there is one melanin-free person that excites him. He convinced his great friend Eminem to come out of his acting cocoon to play White Boy Rick in “BMF.” He was prepared to hand him $8 million dollars, but when he said they’d shoot it in Detroit and he’d be directing, Eminem, who hasn’t done much since “8 Mile” in 2002, said yes right away. I don’t think they even talked dollars.

So you see “Power” isn’t just a show on his IMDb page, it’s an ethos that lives inside of Curtis “50 Cent” Jackson. And I think he’s just getting warmed up.

Detroit native Jalen Rose is a member of the University of Michigan’s iconoclastic Fab Five, who shook up the college hoops world in the early ’90s. He played 13 seasons in the NBA, before transitioning into a media personality. Rose is currently an analyst for “NBA Countdown” and “Get Up,” and co-host of “Jalen & Jacoby.” He executive produced “The Fab Five” for ESPN’s “30 for 30” series, is the author of the best-selling book, “Got To Give the People What They Want,” a fashion tastemaker, and co-founded the Jalen Rose Leadership Academy, a public charter school in his hometown.