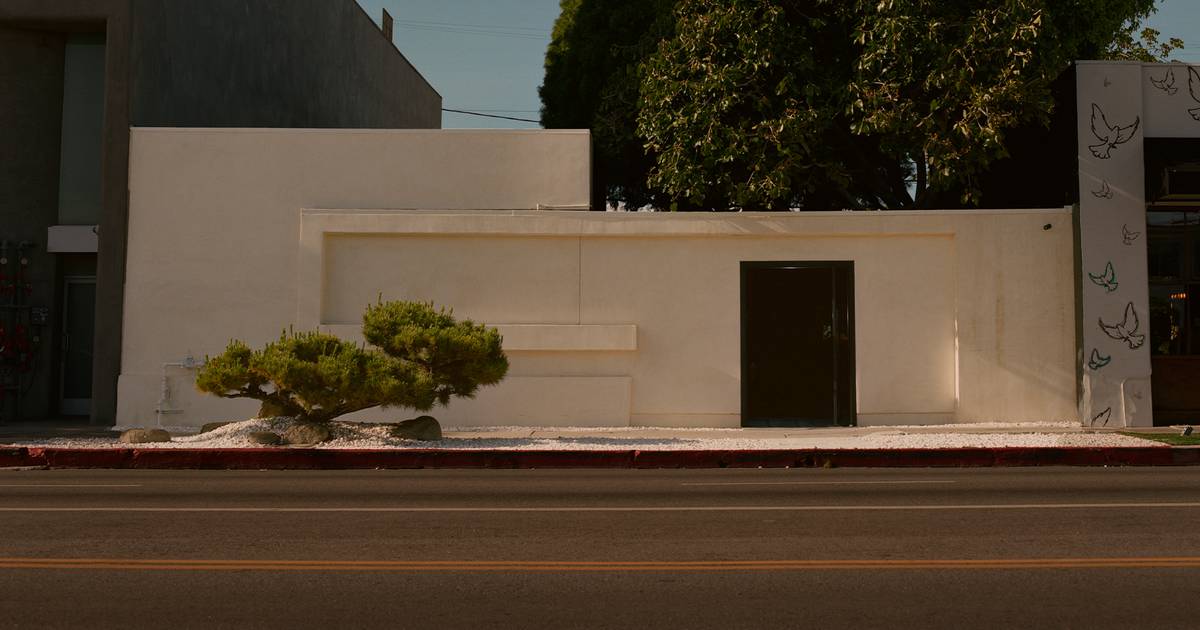 BEVERLY HILLS — Each year, on Apr. 20, people the world over celebrate marijuana, a drug that is now legal in Los Angeles, where Mason Rothschild and Ericka del Rosario are based. But on that day last month, the partners in life and business, who met on Twitter in 2014, were on a different kind of high. The opening party for Terminal 27, the store they soft-launched in Beverly Hills last year, was the hottest ticket in town, attracting the likes of Timothée Chalamet and A$AP Nast.

In 2021, Vogue deemed the 3,000-square-foot space one of the best fashion boutiques in America. But the notoriety of Rothschild’s “MetaBirkins” art project (a line of digital collectibles over which Hermès is suing him) and Del Rosario’s connections to influencers like Luka Sabbat have helped turn Terminal 27 into a clubhouse for the city’s crypto cool kids as well as a place to buy hip clothes.

Interest in crypto has reached fever pitch in Los Angeles, where last year the Staples Center, a major sports and entertainment hub, was renamed Crypto.com Arena and some of Hollywood’s most powerful talent agencies, such as United Talent Agency and Creative Artists Agency, have signed NFT art collections like CryptoPunks and Bored Ape Yacht Club as part of a wider push into web3.

We’re the new influencers. It’s not the Instagram girl anymore.

Owning the right NFTs, whether a MetaBirkin or a Mutant Ape, is a way to earn and show status, said Simon Rasmussen, editor-in-chief of Office Magazine, a culture publication that has championed cutting-edge artists with NFT projects. “For certain people, being able to spend $100,000 on a jpeg is a flex. Then to sell it for $200,000 or $500,000 is another flex.”

But participating in NFT culture can also offer a sense of belonging, much like being part of sneaker culture. Some on the shinier side of LA’s crypto scene even likened it to being a member of an exclusive social club, like the city’s San Vicente Bungalows.

It’s that heady mix that was on display at the Terminal 27 opening, held in a Fairfax warehouse a little over a mile from the store, which also fêted the launch of Rothschild’s latest NFT collection with artist Amber Park. “This is the upper echelon of NFT parties with the who’s who of the city’s young creative scene,” said Nike marketing director Stephanie Ramos as she made her way into the party.

Average NFT prices may have plummeted since a November peak fuelled by no shortage of celebrity endorsements and social media hype, but you wouldn’t know it from the buzz at the event, where emerging NFT creators rubbed shoulders with Hollywood A-listers.

Park was there, along with web3-savvy photographer Hugo Comte, skater Nico Hiraga, entertainer Kerwin Frost and Peggy Gou, who played a DJ set. Timothée Chalamet, A$AP Nast, Yves Tumor, Leonardo Dicaprio and Willow Smith all showed up, as did The Weeknd, who gave a short impromptu performance with producer and DJ Kaytranada that appeared on gossip site TMZ.

For hosts Rothschild and Del Rosario, these events, which started during the pandemic, are more than just parties; they are a way to activate a community of people as they cross-pollinate their store with the possibilities offered by web3. “It’s getting them in one place, interacting with them, telling them about our plans, telling them to come to the next thing and showing them what we’re all about,” said Rothschild.

While Rothschild, 27, runs Terminal 27′s marketing and finance functions, Del Rosario, 26, the store’s creative director, oversees the buy. Her discerning eye and industry connections, honed at Maxfield, have helped Terminal 27 attract an early following with celebrity stylists looking for unique labels like Rui and Nensi Avetisian as well as Rick Owens and Y/Project. But the duo understand the challenges of running an independent fashion retailer, having seen the demise of Gen-X temples like Opening Ceremony, and see web3 as an opportunity to make their business sticky with an emerging community of tastemakers.

Terminal 27, housed behind a concrete facade, has an #iykyk clubhouse vibe. As well as racks of avant-garde fashion, it features a Zen-style open-air garden, art gallery and cafe. But Rothschild and Del Rosario are betting on web3 and the growing community of cool kids around it to really set the store and its website apart, eschewing more traditional marketing strategies.

The duo recently launched Terminal 27′s first NFT collection with buzzy British Nigerian designer Mowalola, something they aim to replicate with some of the other labels they stock. By July, the pair aim to upgrade Terminal 27′s website to accept cryptocurrencies and offer “token-gated” experiences such as access to limited-edition products.

“If you’re a new retailer, the question is, what do you offer beyond the product itself?” said retail futurist Doug Stephens. “There are a few things you can offer, and one of them is culture, a feeling among your customers that you are addressing a very specific set of subcultural needs, that you are appealing very directly to a specific community of people and giving a sort of identity to that group.”