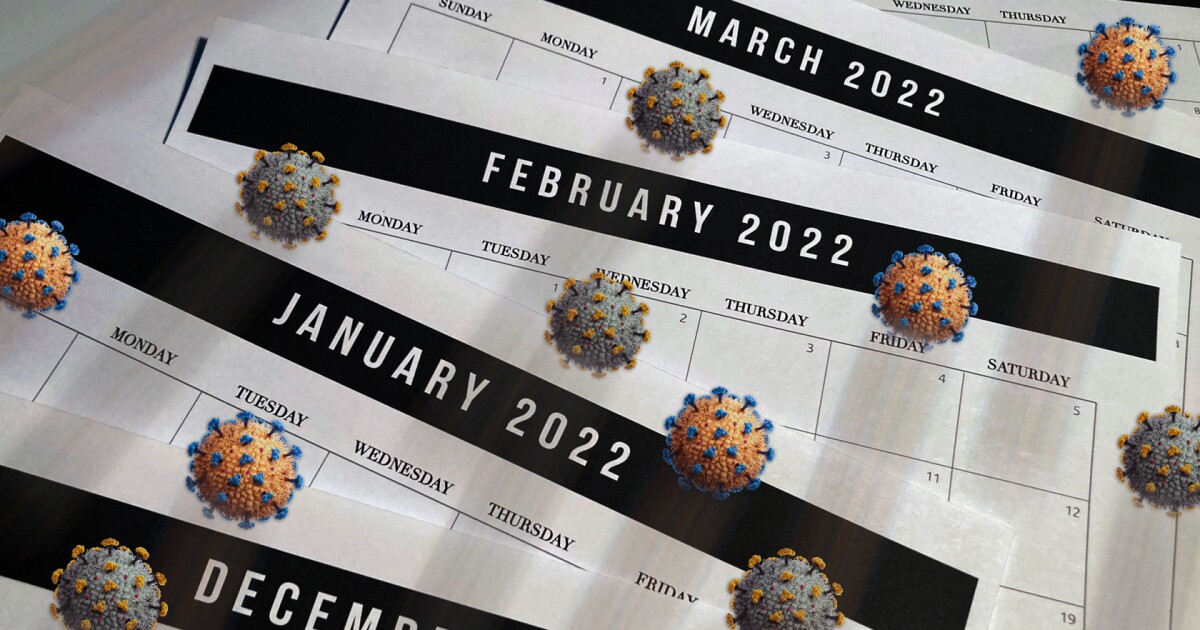 It’s a paradoxical time in the arc of the Covid-19 pandemic.

On the one hand, record numbers of people, including on college campuses, are being infected. Hospitals are once again overwhelmed. Death counts, too, are rising nationwide.

On the other hand, many colleges have highly vaccinated populations. The risk that those people will become severely ill with Covid is lower now, broadly speaking, than it was before the advent of vaccines.

That contradiction — alarming transmission coupled with the relatively low health risks to many people — means a moment of flux. On campuses, the tried and true best practices, including widespread testing, sudden pivots online, and strict on-campus quarantines, are in many cases proving either inadequate or inappropriate.

So what Covid policies should colleges be using right now? Experts interviewed by The Chronicle said it’s still worth working to prevent infections among students, though there may be new limits to what colleges can do. Most experts interviewed said a “new normal” — in which Covid-19 is endemic, infecting people at lower levels and with less-catastrophic results — is on the horizon.

The experts cited several reasons that colleges should continue to take measures to prevent the coronavirus from spreading, including requiring and providing high-quality masks, isolating students who are sick, and improving ventilation in buildings. Where hospital capacity is stretched thin, reducing infection helps reduce the burden on the health-care system.

In addition, even on a well-vaccinated campus, some people remain quite vulnerable to Covid-19 — people who are “immunocompromised or they have a comorbid condition, a coexisting chronic illness, that puts them at higher risk,” said Anita Barkin, co-chair of the American College Health Association’s Covid-19 Task Force. “They’ve been vaccinated, and they’ve been boostered, and they’re wearing a mask, and they are still held hostage by those who do not.”

Finally, there are global reasons to prevent cases. Every time the virus infects a new person, it makes billions of copies of itself, each of which represents a chance for the virus to evolve into something worse. “Allowing transmission to happen at the high rate that it’s happening right now means that we will be facing new variants, which we will then have to increase our controls even more to deal with,” said Rebecca L. Smith, an associate professor of epidemiology at the University of Illinois at Urbana-Champaign who advises campus leaders on Covid.

Nevertheless, many colleges are bent on operating in person, sometimes with modifications like starting the term with a few weeks of remote classes. Colleges have cited mental-health concerns in welcoming students back. In addition, at the University of Illinois, Smith said that researchers had found students are actually less likely to get infected when they have classes to attend in person, where they’re expected to wear masks and be vaccinated.

Some colleges have already moved their policies away from aiming to prevent every possible infection, and toward a more individualistic approach. In Florida, public universities legally cannot mandate masks or vaccination. Without those campuswide tools, the onus for reducing cases shifts to people’s personal choices.

“There’s a point at which you have to understand the reality that you’re in,” said Donna J. Petersen, senior associate vice president of the University of South Florida Health and leader of the university’s Covid-19 task force. “Early on, the imperative was to protect the whole community, and so it was important to get every individual to understand their collective needs to contribute to that solution. Now we’re at the point where you can be vaccinated, you can be boosted, you can do all of these things, and if you do them, great, and if you don’t do them, well, that’s your choice.”

The university is reminding people that tests, vaccines, and masks are available, Petersen said. It has canceled some events and moved some meetings online, she told The Chronicle previously.

Colleges that don’t have an array of campuswide rules to prevent the virus’s spread need at least to offer protections to the more vulnerable, Barkin said: “That should be accompanied by a very well articulated plan with flexibility and accommodations for those who are immunocompromised and at higher risk.”

“We have the ability to work with students who need special considerations,” Petersen told The Chronicle previously.

In a world dominated by the Omicron variant, some colleges with stricter Covid-prevention rules are finding their processes are breaking down, or about to. Stanford University ran out of on-campus isolation space and has moved students who have tested positive to off-campus apartments, or told them to stay in their dorms and use designated Covid-19 bathrooms, The Stanford Daily reported. Clemson University is working to create an online form that students could fill out to help automate contact tracing, in part because so many students have tested positive that it’s no longer feasible for tracers to conduct long interviews with all of them, said Lior Rennert, an assistant professor of biostatistics who leads the Covid-19 public-health response there.

Earlier in the pandemic, Duke University’s protocol for pooling several coronavirus tests before analyzing them made it into the Centers for Disease Control and Prevention’s own in-house journal as an example of an effective and cost-saving way to test everybody on a college campus. To figure out who’s infected, administrators must individually test only those few pools that turn up positive, which saves on the chemicals used in testing.

But pooling stops working efficiently when around 5 percent of your samples are positive, said Thomas N. Denny, chief operating officer of the Duke Human Vaccine Institute and leader of the university’s testing effort. At that point, he said, administrators are individually retesting so many pools that they’re not saving resources anymore. Duke is getting close to that moment. It’s still pooling for now, but Denny has been considering alternatives, including offering testing only to symptomatic students, or making testing voluntary, something students would have to seek out if they worry they are infected.

“We’re at a transition point here,” he said, “where we can no longer do true containment.”

It’s unsettling to think of colleges scaling back on isolation, contact tracing, and widespread testing just as cases are reaching historic highs. But that appears to be the reality that colleges, and the country, must accept until the current surge abates. “For the next three weeks, we’re in this viral blizzard,” said Michael T. Osterholm, director of the Center for Infectious Disease Research and Policy at the University of Minnesota. “We can expect very high attack rates for infection in campuses across the country.”

What happens after the virus subsides? Experts say Covid will eventually become endemic in the United States, which means that the virus will still circulate, but won’t cause the big surges and society-wide disruptions that have characterized the past two years.

In that way, colleges may mostly catch Covid cases when students get sick enough to go to the student health center, where they might be tested for an array of illnesses, such as the flu and Covid. Student-health providers could follow the same processes they’ve developed for small outbreaks of infectious diseases, which include contact tracing. After all, college has always been a highly social, congregated place — ripe grounds for the germs that pass between people. “Student health has had to deal with this for a long time,” Smith said. “They know how.”

Petersen said she hoped that, in an endemic future, colleges would be more understanding and flexible when students and employees got sick from any disease, and would provide them with what they need to learn and work from home and not infect others.

How quickly will that future arrive? The experts varied in their predictions, ranging from “very close” to total uncertainty. Some said another surge might be needed before Covid became endemic. But it is coming, they said. A combination of vaccination and past infection builds up immunity in the population, so that the virus has fewer people to infect. Scientists, companies, and the government are working on developing and distributing tests, treatments, and better vaccines, which would keep people from suffering the worst consequences of Covid-19 and would keep society functioning.

If societies manufacture and distribute tests, treatment, and vaccines quickly and equitably, then we can bring about that future sooner, said Emily R. Smith, an epidemiologist and assistant professor in the departments of global health, exercise, and nutrition sciences at George Washington University: “It doesn’t have to be an emergency when we have all of these tools.”

And colleges have a role to play, said Celine R. Gounder, a clinical assistant professor of medicine and infectious diseases at New York University who recently published a paper with Osterholm in JAMA that lays out national recommendations for getting the country safely to endemic-Covid status.

Gounder’s recommendations are not new. The question is the extent to which colleges and college communities will take them up. Colleges can require Covid-19 vaccination, improve their building ventilation, and require masks on campus whenever coronavirus transmission is high. Like, for instance, right now.