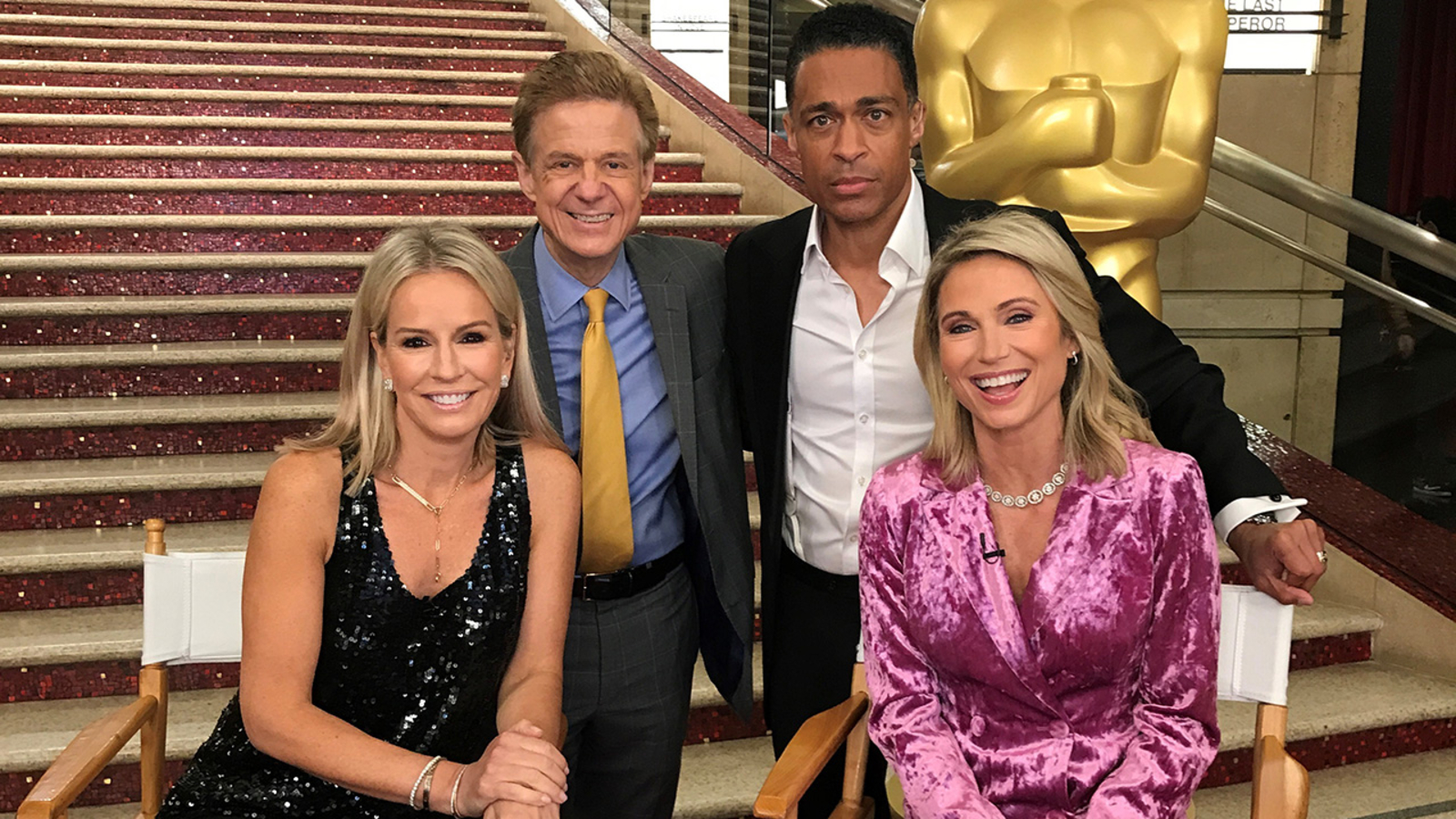 Hollywood Boulevard has been transformed for Oscar’s grand return, but it’s not quite done yet — still cloaked in plastic that shrouds it in mystery.

Once again, it’s set to be the backdrop for some of the most glamorous people in the world.

She is nominated for her role in “The Power of the Dog,” along with her partner Jesse Plemons, who she said is the one for whom she wants to look great.

“The person I want to think I’m most beautiful is Jesse,” she said.

Even the extensive health protocols — the testing and re-testing for COVID 19 — can’t spoil the joy of those who are back.

Cat McKenzie and I have worked half a dozen Oscar shows together, and now, she’s back with the cast and crew of “GMA3: What You Need To Know.”

McKenzie, who is the Executive Producer of GMA3, notices a big difference from last year’s subdued show at Union Station.

“People are ready to be back,” she said.

Alicia Vitarelli from sister station WPVI in Philadelphia believes the event “feels more exclusive this year,” and producers have told her more of the really big stars want to come, not just those who are nominated.

GMA3 anchors Amy Robach and T.J. Holmes have been there before, with Robach calling her first trip to the Academy Awards’ red carpet a surreal “pinch me moment” because, like so many others, she grew up watching the Oscars on TV.

RELATED | Oscars producers Shayla Cowan, Will Packer aim for awards show that appeals to all

Holmes added that it was the bright red of the carpet and the size of it that impresses him, even before the stars arrive.

Dr. Jennifer Ashton, who guided so many of us during the long pandemic, is making her first trip to the Oscars, and she was favorably impressed by the Motion Picture Academy’s extensive health protocols.

“It’s a ton of work,” Oscar producer Will Packer said. “I’ve produced a lot of movies, this is like producing 10 movies at once.”

Mark your calendar: March 27 is Oscar Sunday. Special “On The Red Carpet” coverage begins at 1 p.m. ET 10 a.m. PT and continues all day leading up to the 94th Academy Awards ceremony. After the last award is handed out, stay with “On The Red Carpet” for continuing coverage. Be sure to follow @OnTheRedCarpet on Facebook, Twitter, Instagram and TikTok for all your Oscar news and information. Click here to download our CTV apps to watch “On The Red Carpet” wherever you stream.