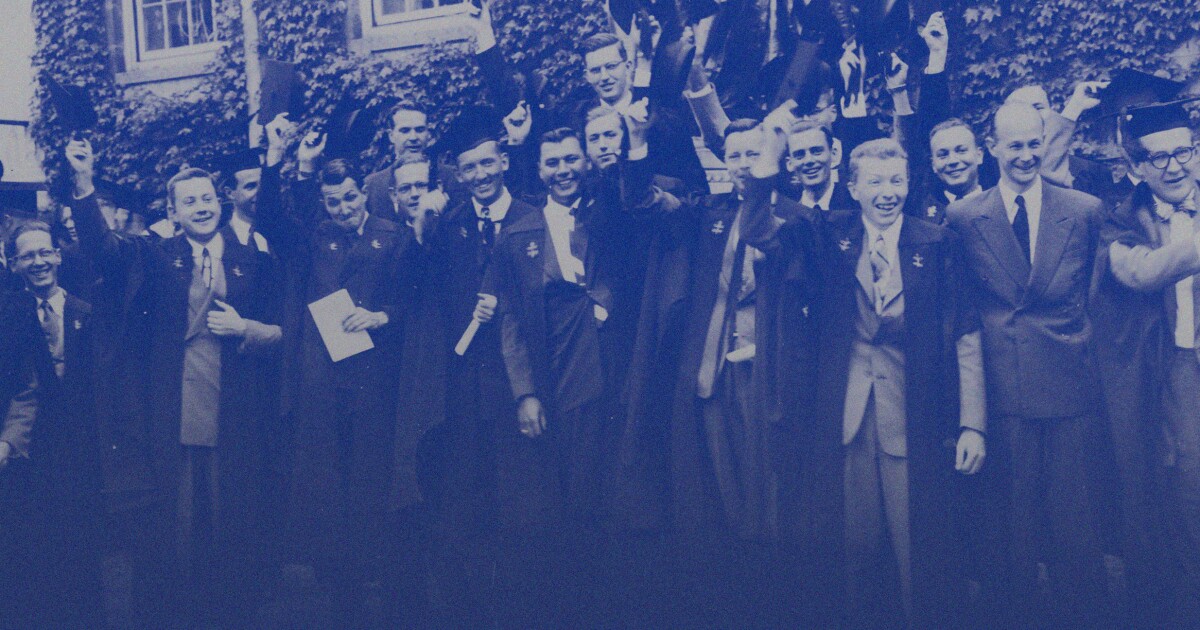 n the late 1990s, I served as dean of the Faculty of Law at the University of Toronto. As Canada’s most selective law school, the competition for admission was fierce. Applicants were always in search of anything they could do to secure an advantage in the application process. In my position as dean, it was not uncommon for alumni whose children were applying to the school to approach me and inquire what kind of admissions bump those children would receive by virtue of being a legacy. The answer I gave was always the same: none whatsoever.

One encounter stands out. A prominent and philanthropic alumnus whose child had been denied admission to the school contacted me in the hope that I would reconsider the application. After all, he reasoned, his relationship with the school must mean something. As I had done in many similar situations, I explained that there were clear guardrails in place that fettered my capacity to reverse this decision. I simply had no ability to admit his child. Before our phone call ended, he said something that has been etched in my memory ever since: “If you really want to stand shoulder to shoulder with the great Ivy League law schools in the United States, you better start acting like one.”

When I came to work in the United States, I saw firsthand how true these words were. For all of the progress that highly selective universities have started to make in recruiting low-income and historically underrepresented students, they continue to cling tenaciously to admissions policies that confer significant advantages on children of privilege. Legacy admissions, when coupled with the considerable advantages that many of these children already have — like stable families, engaged parents, high-quality K-12 schools, ample extracurricular opportunities for personal enrichment and development — set these applicants up to triumph over applicants from less-fortunate circumstances. Several years into my tenure as president of Johns Hopkins, we decided to strike at one particularly egregious instance of this system — we eliminated the use of legacy preferences in our admissions.

Legacy preference is immobility written as policy, preserving for children the same advantages enjoyed by their parents. It embodies in stark and indefensible terms inherited privilege in higher education and has compromised college and university admissions for decades. Moreover, it has drained the public trust in colleges and universities at a moment when the public is seething with rage at the seeming illusion of the meritocratic ideal and widening inequality. It is also a policy that is fully within the control of institutions to change at any moment.

The practice of giving admissions advantages to children of alumni is virtually alien to Canadian and European universities. Yet legacy preferences remain commonplace in the United States, where they constitute, in the words of the journalist Daniel Golden, an “almost exclusively American custom.” The majority of the 100 highest-ranked schools in the U.S. News & World Report still engage in some form of the practice. Remarkably, it has not yet buckled under the pressure of competition or rankings.

That such a naked form of hereditary advantage prevails in a country with a deeply ingrained commitment to the ideals of opportunity is striking. That it persists at institutions that otherwise exhibit such profound promise for socioeconomic mobility is tragic. My hope is that the competitive spirit — channeled, as it ought to be, toward accessibility and mobility — may yet end it.

egacy preferences were first introduced at the Ivies in the 1920s. After a series of meritocratic admissions reforms had started to push out these schools’ traditional constituencies of prep schoolers and children of alumni in favor of public school students and, notably, Jewish students, anxious college administrators pivoted toward a holistic admissions process that frequently included some special provision for legacy students. This was a way to shore up alumni support and to reduce Jewish enrollment numbers while still preserving a sheen of meritocracy. At some institutions, the advantage given to legacy students became so pronounced that, by the 1960s, these applicants were virtually guaranteed admission to the country’s most elite colleges.

Today, legacy status is no longer the guaranteed entry into elite institutions it once was, but the advantage it confers is still substantial, and evidence suggests that it is growing. One 2004 study estimated that legacy status afforded applicants to highly selective universities an admissions boost equivalent to an added 160 points (out of 1600) on the SAT. A 2011 analysis of more than 200,000 applications to 30 highly selective institutions concluded that, controlling for other variables, legacy applicants were more than three times as likely to be admitted as their non-legacy peers. And over the past decade, admission rates for legacy students have stayed constant at many selective universities, even as legacy applications remained flat and overall admission rates have declined, which has put the advantage legacy students receive each year on an upward trajectory.

This boost does not even account for the leg up legacy applicants already receive simply by virtue of having been born to college-educated parents. These students are more likely to grow up in stable and supportive homes, attend the best schools, receive tutoring, and participate in extracurriculars. Legacy preferences guarantee that these students are doubly advantaged.

At most top-ranked U.S. universities with legacy preferences, legacy students comprise anywhere from 10 to 20 percent of incoming classes. With numbers like these, legacy students can significantly influence the racial and socioeconomic composition of a class. And we know that legacy students at the top-ranked universities in the country are not representative of American society. They are far more likely than their classmates to be wealthy and white, and so the existence of legacy preferences skews student bodies at elite institutions away from low-income students — sometimes with dramatic results. At Harvard, for instance, legacy students disproportionately have parents with incomes in excess of $500,000 per year (40 percent of legacies versus 15 percent of non-legacies). Similar stories could be told at elite institutions across the country.

The bottom line is this: selective college admissions is a zero-sum game. Every student who gets admitted to a highly selective institution is taking a seat away from another student. Legacy preferences ensure that more of those coveted spots go to the young people most likely to have had a head start in life: wealthier, whiter, and with college-educated parents. That means fewer seats for low-income applicants, for underrepresented minorities, and for those who would be the first in their families to go to college. None of this is to undermine the accomplishments or merits of legacy applicants themselves, many of whom are exceptional applicants. But affording such students a routine admissions advantage based solely on their parentage comes at a high cost.

In the past 60 years, there have been occasional swells of demand in and outside of academe to end legacy preferences, none of which has met with much success. In the 1960s, Yale’s idealistic dean of admissions, R. Inslee Clark, tried to eliminate legacy preferences at the university, only to be rebuffed by a chorus of furious alumni. Later, members of Congress took up the banner. In the 1990s, Republican Sen. Bob Dole said the time had arrived to “take the next logical step on the fairness front” and end “alumni perks [that] have absolutely nothing to do with an individual’s qualifications or merit.” In 2003, Democratic Sen. Ted Kennedy floated a bill aimed at discouraging legacy preferences, and a year later, then-President George W. Bush, himself a beneficiary of legacy preferences, acknowledged that universities ought to give up the practice. Nothing happened.

My own university, Johns Hopkins, offers a clear example of what can happen when a school eliminates legacy preference. Since 2014 — when we ended the practice — we have seen remarkable results. The decision has created space for high-achieving students from diverse socioeconomic, geographic, and racial backgrounds to gain admission to Hopkins. In 2009, the year I arrived, our university had more legacy students in its freshman class (12.5 percent) than students who were eligible for Pell Grants (9 percent). In 2020, those numbers were different: 4.2 percent of first-year students had a legacy connection to the university (none of whom were given any legacy-admissions preference), and 20.5 percent were Pell eligible. Over the same period, the percentage of first-generation students in our incoming classes has more than doubled from 7 percent in 2009 to 16 percent in 2020. And all of these shifts have occurred alongside steady growth in the academic achievement of our incoming classes. Extinguishing legacy preferences was a foundational step for these shifts.

Defenders of the practice like to say that legacy preferences exist to nurture a sense of institutional loyalty across generations and, by extension, to develop relationships with alumni that will foster greater financial support to the university. One often hears that this is critical in building a multigenerational community. Community is a truly venerable goal; a sense of connection to each other, and our shared institutions, is the lifeblood of a thriving society. But this support need not be conditional on the future admission of our children. And a true community — a true American community — is one that brings together people from different socioeconomic and cultural backgrounds rather than the inherently insular community of wealthy legacies. In truth, many alumni long for the institutions to which they feel so deeply connected to be embodiments of merit for all talented students.

This has certainly been MIT’s experience, and so far we have found it to be true at Hopkins, too. In 2012, Chris Peterson of MIT’s admissions office took to the internet to clear up once and for all the question of whether MIT practiced legacy preferences: It doesn’t. He wrote that if the school even entertained the possibility of introducing legacy admissions, it would “face an alumni revolt.” At Hopkins, alumni participation has steadily grown since we ended legacy preferences in 2014, and when we went public with our policy in 2019, we saw broad alumni support.

I do not pretend that ending legacy preferences is itself adequate to reverse the scourge of immobility or assuage the frustration and anger directed at universities. Although legacy preferences, in direct and often painful ways, affect thousands of high-achieving students who lose spots in favor of their better-connected peers, the policy still affects a relatively small number of students, at a relatively selective tier of universities.

Abolishing legacy preferences is a beginning, not an end, and it must be coupled with a broader reinvestment in poor and middle-class students and struggling universities. Even then, there are entrenched structural inequities across our nation that will prevent us from achieving the goal that every child, no matter their background or circumstance, will be equipped to attend a selective university, inequities to which universities must be part of the solution. But this is hardly reason for those colleges to leave an additional thumb on the scales in favor of the most privileged students.