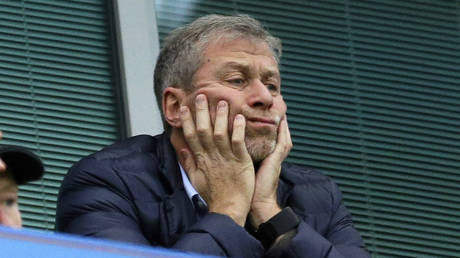 Roman Abramovich is not eyeing a bid for Spanish team Valencia, according to a representative for the Russian billionaire, after claims that the longtime Chelsea owner could make a move for the La Liga outfit.

Reports in Spain – subsequently picked up in the UK – alleged that Abramovich had approached Singaporean business Peter Lim with an offer to buy the club.

“Peter Lim has tried to sell the club in London for €250million and has not succeeded. Lately, he has leaked to international media that he has two purchase offers, mine and that of the Russian oligarch of Chelsea,” rival Valencia bidder Miguel Zorio is quoted as saying.

But a spokesperson for Abramovich has shut down the rumors, telling Russian outlet RIA Novosti that they are “untrue.”

Valencia is not the only team to be linked to Abramovich since the announcement on March 2 that he would be selling Chelsea amid the fallout from the conflict in Ukraine.

Reports had claimed Abramovich had reached a deal for Turkish Super Lig outfit Goztepe, although the speculation appears to have emerged based purely on a tongue-in-cheek piece in the UK media.

“Abramovich did not reach out and talk to anyone to take over the club. No such thing,” Goztepe deputy chairman Talat Papatya later clarified.

Any deal in Spain would also appear somewhat fanciful, given that Abramovich was sanctioned by the EU on March 16.

That followed an asset freeze imposed by the UK government, which has allowed Chelsea to continue to operate but has barred the Stamford Bridge club from making any profits that would find their way to Abramovich.

US merchant bank the Raine Group has been charged with overseeing the sale of Chelsea, which will likely need approval from the English Premier League and the UK government before it is cleared.

Interest in the reigning European and world champions has reportedly been whittled down to four bids, including a trio of US-based offers.

One consortium is being headed by LA Dodgers part-owner Todd Boehly, while another is led by Steve Pagliuca, owner of NBA team the Boston Celtics.

A rival bid believed to be a strong candidate comprises the Ricketts family, which owns the Chicago Cubs, and partners Dan Gilbert – owner of the Cleveland Cavaliers – and billionaire hedge fund tycoon Ken Griffin.

The sole UK consortium in the running is headed by Sir Martin Broughton, a former Liverpool and British Airways chairman.

The bidders are said to have been given added time until the end of this week to submit binding takeover proposals, with a deal likely to be completed in May, according to Sky Sports.

The process will see the end of Abramovich’s 19-year tenure as Chelsea owner, during which time the club has emerged into a domestic and European powerhouse, winning five Premier League titles and two Champions League crowns among a host of other accolades.

Abramovich, 55, has been urged by some figures in his homeland to plow his considerable wealth into a Russian club for his next move, in an effort to turn a domestic team into the kind of title-winning machine that Chelsea became thanks to his lavish funding.