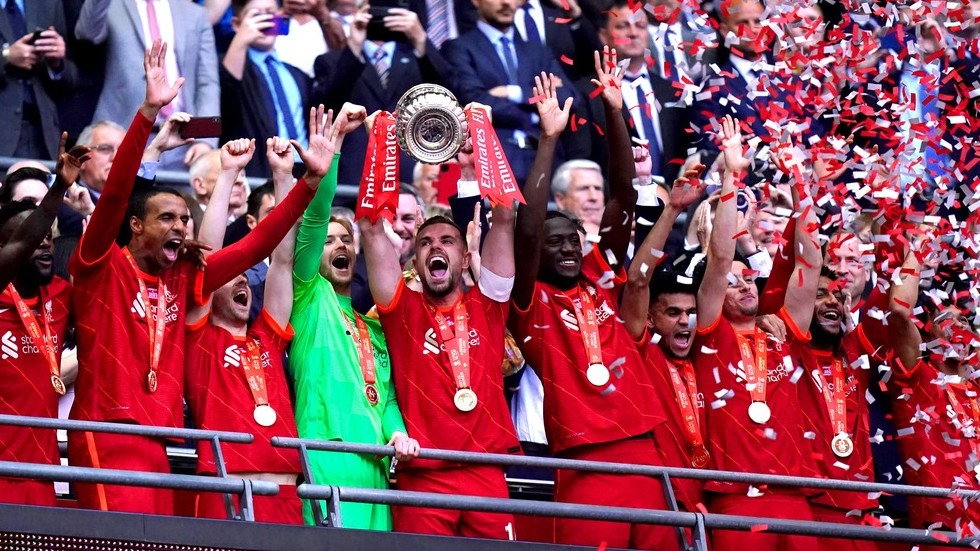 Chelsea failed to send outgoing owner Roman Abramovich off with another piece of silverware after losing to Liverpool in the FA Cup final on Saturday.

After two hours of scoreless action through regular and extra time, which was a record for the longest the fixture has gone without a goal, Liverpool won the FA Cup’s 150th edition 6-5 in sudden death penalties.

In what was probably his last outing for the Blues ahead of becoming a free agent after June 30, captain Cesar Azpilicueta hit the post with his team’s second spot kick which paved the way for Thiago to calmly put Liverpool 2-1 up.

Then in the Reds’ last allotted effort with victory on the line, Sadio Mane was denied by Edouard Osoque Mendy which demanded more penalties as the first batch finished 4-4.

While Hakim Ziyech and Diogo Jota both scored to make it 5-5, Mason Mount fluffed his lines which allowed unlikely hero Konstantinos Tsimikas to etch his name into Merseyside history.

Through their eighth FA Cup triumph, Liverpool are still on for the quadruple and have the Champions League and Premier League yet to play for.

After they also lost to Jurgen Klopp’s men in the EFL Cup final in February, Chelsea suffered more disappointment and broke an unwanted record by becoming the first outfit to lose three FA Cup finals on the trot.

But Chelsea’s season will not end trophyless given they won a maiden Club World Cup against Palmeiras at the turn of 2022.


As things have turned out, though, that proved to be the last piece of silverware on Abramovich’s watch with the Russian putting the club up for sale on March 2.

Days later, Abramovich then had his assets frozen by the UK government for alleged links to President Vladimir Putin as a response to the military operation in Ukraine, and a consortium led by Todd Boehly is set to take over Chelsea in the coming weeks after their £4.25 billion ($5.2 billion) bid was accepted.