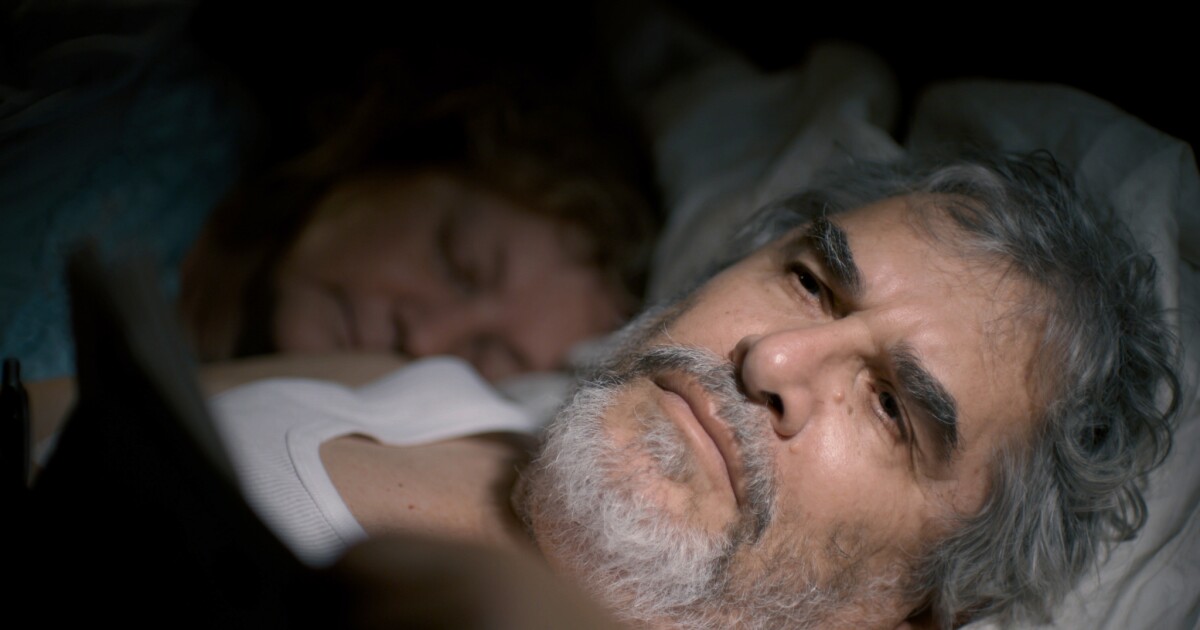 In writer-director Oren Gerner’s slice-of-life drama “Africa,” memories of a nature lover’s vacation in Namibia anchor an Israeli retiree to a sense of fulfillment, now absent from his everyday life as industrious husband and loving grandfather.

Starring the filmmaker’s parents, Meir and Maya Gerner, in fictionalized iterations of themselves, this is a trenchantly written and concise portrait of an aging man quietly unraveling.

In his late 60s, Meir seeks purpose in unnecessary carpentry projects and thankless community service. Being stripped of some of his major responsibilities in town, while dealing with bodily ailments, has made him increasingly self-conscious about his mortality.

But he won’t tell anyone about the inner turmoil and fears that plague him, not even his psychologist wife, who, ironically, runs her practice out of their home.

That this seemingly unremarkable premise succeeds at making us invested in the grumpy protagonist hinges on how Meir Gerner assembles a deftly pensive portrayal from convincing behavior and interactions with peripheral family members, trying to involve those around in his interests, often to no avail.

Footage from the couple’s time around animals in the eponymous continent offer dreamlike digressions into a soothing past to break up the cumulative vignettes as an important local celebration approaches and Meir becomes more irritable.

Pointed lines of dialogue, and in particular an interview with one of his grandchildren for a school project, unveil the outdated views on mental health and masculinity that inform Meir’s inability to communicate. Though men from his generation were taught to suppress, a few sequences prove that Meir’s playfulness wasn’t entirely eradicated.

Oren Gerner’s emotional and narrative aptness to direct his father in such an effectively subdued performance gives one reason to not dwell on the film’s anticlimactic resolution, as it lacks a substantial evolution for the character. More important, the distilled takeaway is that no one is exempt from the woes that come with feeling like the world is leaving you behind.

In Hebrew with English subtitles