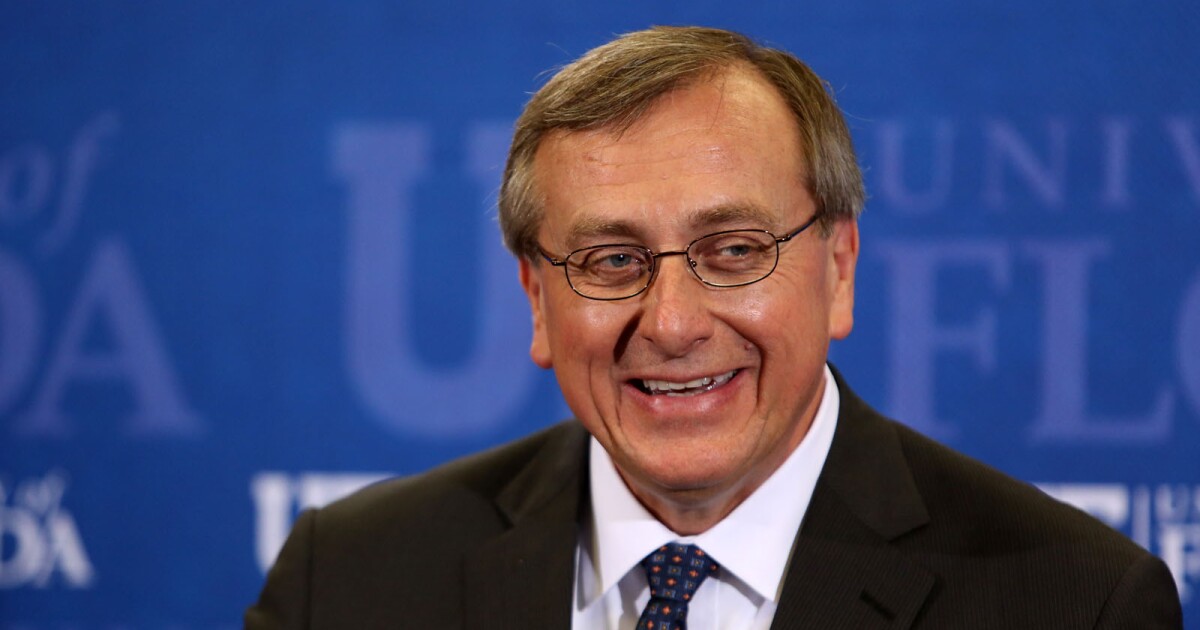 The University of Florida will now allow professors who recently asked to serve as expert witnesses in litigation against the state to do so, President W. Kent Fuchs said on Friday.

The reversal followed a week of turmoil on the campus spurred by administrators’ decisions to bar faculty members in political science and medicine from testifying against state agencies in litigation this year.

Fuchs wrote in a letter on Friday that he had asked the campus’s conflict-of-interest office to reverse those decisions, “regardless of personal compensation, assuming the activity is on their own time without using university resources.”

A task force will review the conflict-of-interest policy — and how the university should respond if professors seek to testify against the state — and issue recommendations by November 29, the president wrote.

Fuchs had previously said political-science faculty members would be able to participate in litigation if they were not compensated for the activity. But a pediatrician at the university, Jeffrey L. Goldhagen, told The Chronicle that he would not have been paid for his testimony — advocating for mask mandates in schools — and his requests had been rejected nonetheless.

Goldhagen said that changing the outcome in his case would not erase other university steps that he characterized as politically motivated, including Florida’s refusal to enact a campus mask mandate and its hiring of Joseph Ladapo, a skeptic of mask and vaccination mandates, as a professor of medicine.

Lawyers representing three political-science professors whose requests to testify had been denied said they were evaluating their future options. “While the University of Florida reversed course and allowed our clients to testify in this particular case, the fact remains that the university curtailed their First Amendment rights and academic freedoms, and as long as the university’s policy remains, those rights and freedoms are at risk,” the lawyers said in a written statement.

Fuchs’s announcement followed fierce criticism of his administration from entities on and off campus. Florida’s accreditor said on Monday it would investigate the decision about the faculty testimony. The faculty union urged alumni to stop donating and peer campuses to downgrade their assessment of the university on surveys circulated by U.S. News & World Report for its college rankings.

Democrats in Florida’s congressional delegation had previously urged reversal, too. On Friday, Rep. Debbie Wasserman Schultz, a Democrat, praised Fuchs for his change in policy. “The governor’s incessant hostility to facts and science, combined with nonstop bullying and threats directed at education leaders who just want to protect children, created this chilling climate of fear and suppression that, sadly, found its way onto one of the nation’s premier public university campuses,” she said in a written statement.

Hours after the university announced it would allow them to testify, the three political-science faculty members — Sharon Wright Austin, Michael McDonald, and Daniel A. Smith — filed a lawsuit against the university in federal court. “Despite reversing the immediate decision prohibiting the professors from testifying, the university has made no commitment to abandon its policy preventing academics from serving as expert witnesses when the university thinks that their speech may be adverse to the state and whatever political agenda politicians want to promote,” says a statement from the professors’ lawyers. “It is time for this matter to be rightfully adjudicated, not by press release, but in a court of law.”