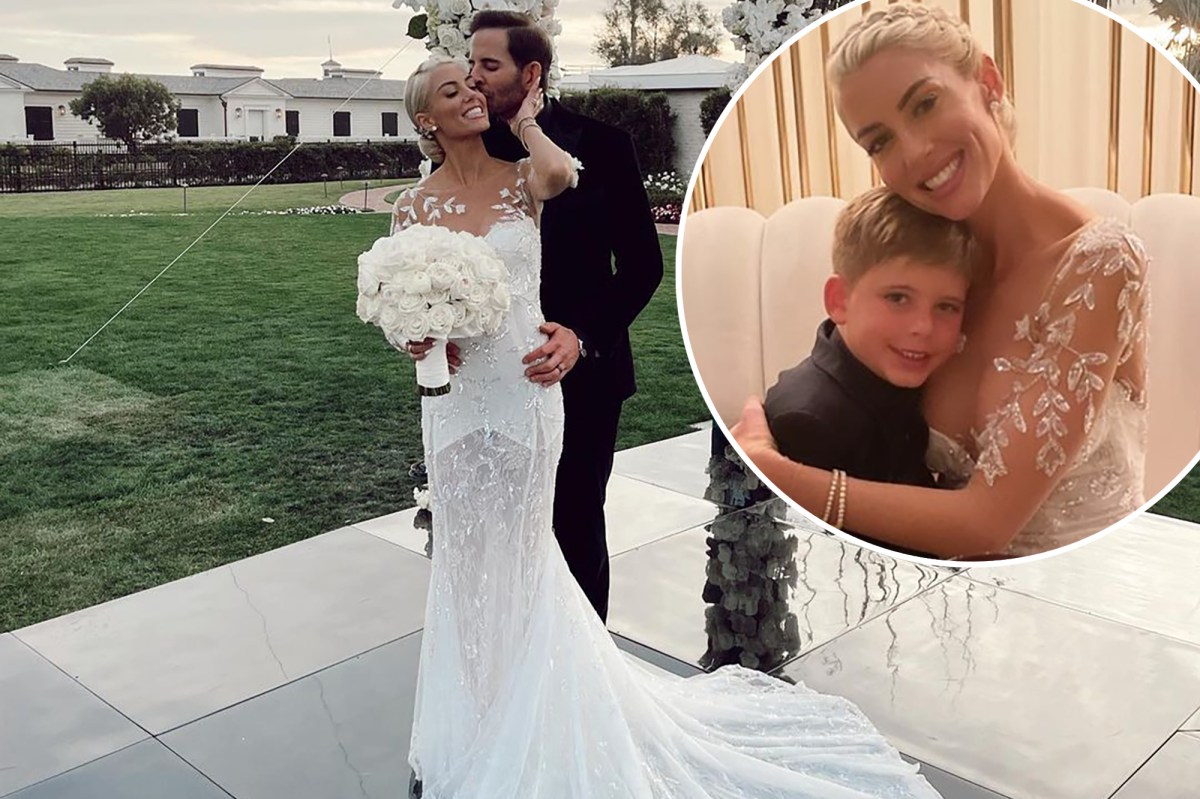 Heather Rae Young is not a typical bride.

As exclusively reported by Page Six, the blond beauty went shopping for her bridal gown at Lahav’s LA showroom with her “Selling Sunset” co-star Chrishell Stause in December.

She accessorized her wedding look with clear stiletto heels, and wore her hair in a low braided bun.

“I’m a WIFE!!! Yesterday feels like a dream… so perfect, filled with so much love and magic. 🦋 Truly everything I’ve ever wanted and more. I love you so much @therealtarekelmoussa and now I get to say we’re officially MARRIED!!” Young captioned a photo from the nuptials.

El Moussa, 40, wore a black velvet tuxedo with a bold lining printed with skulls and crossbones.

El Moussa proposed in 2020 on the couple’s one-year anniversary with an 8-carat, emerald-cut diamond, which he later upgraded with even more bling.

While this is Young’s first marriage, El Moussa was previously married to Christina Haack, whom he divorced in 2018. They share two kids: Taylor, 11, and Breyden, 6.

The wedding and the lead-up were filmed for a one-hour special, “Tarek and Heather: The Big I Do,” which will air on Discovery+ in December.