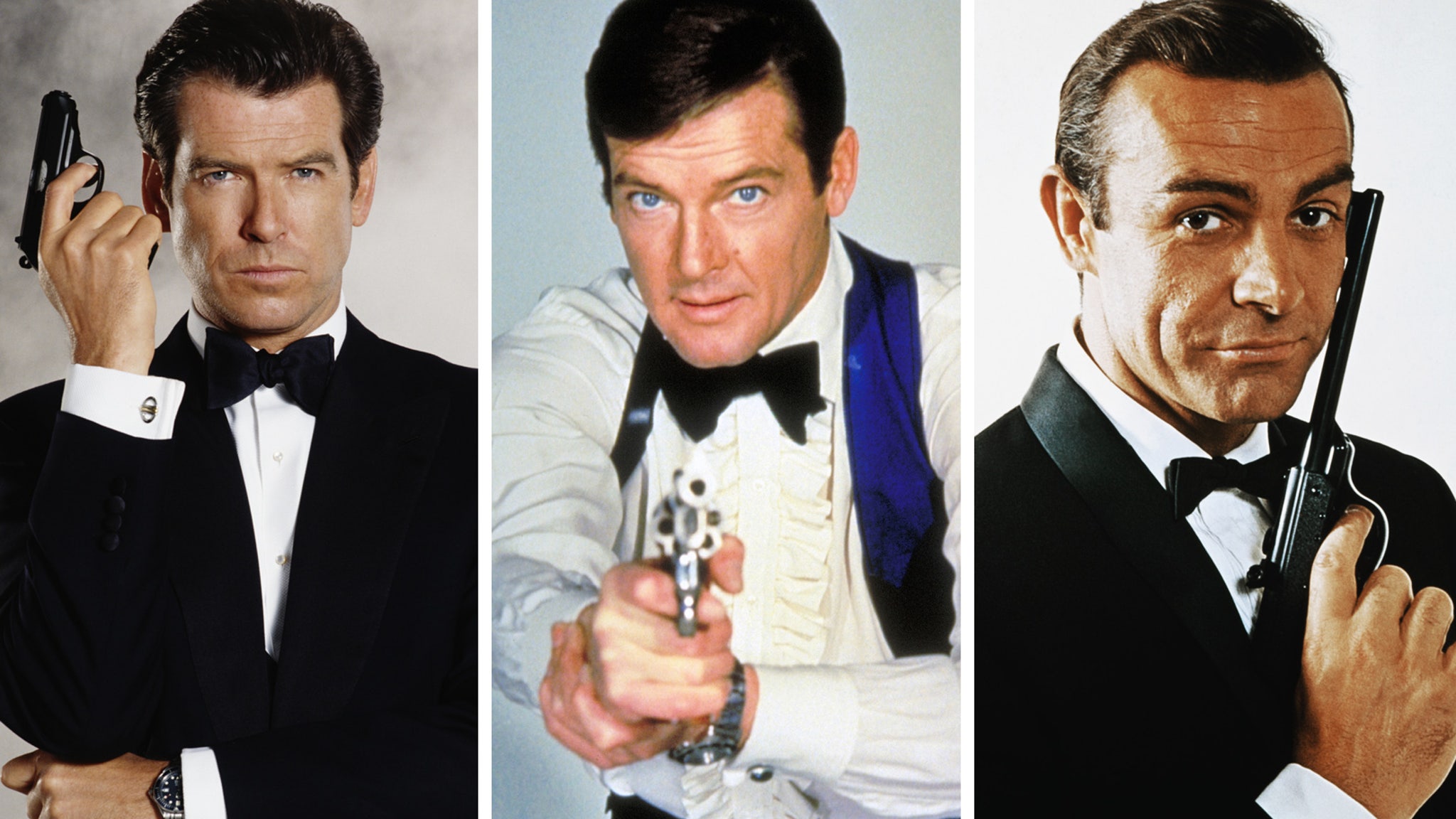 From Sean Connery to Daniel Craig, here’s how the “Bond” flicks fared.

Since James Bond burst onto the scene in the 1960s, Agent 007 has saved the world from imminent danger in over two dozen big screen films. As the longest-running film franchise of all time, the series has seen almost six decades of history and six different actors take on the role.

But over the course of over 50 years, the films have had their fair share of hits and misses — earning a wide range of reviews from critics. While some are certainly better than others, almost all of the action flicks have received a passing grade from reviewers and have gone on to be appreciated by viewers around the world.

Here’s what the critics thought of Bond films, via Rotten Tomatoes.

A parody of spy movie cliches, “Casino Royale” spoofed Bond films as audiences saw the iconic spy retired and living a peaceful existence. But when the mysterious organization SMERSH begins assassinating British secret agents, he is called back into service and led into some pretty ridiculous situations. Critics panned the unofficial film for being mostly humorless despite an all-star cast.

“A View To A Kill,” starring Roger Moore, picks up when a deceased agent is discovered in Russia with a microchip implanted inside him. Bond figures out that the technology has the potential for sinister applications and upon further investigation, he is led to the villainous head of Zorin Industries. Bond must stop him before he can carry out his plan to kill millions in order to corner the world’s microchip supply.

In 1974’s “The Man With The Golden Gun,” Bond is on the hunt for a stolen invention that can turn the sun’s heat into a destructive weapon. He finds his way to the world’s most expensive assassin, following him to a tropical isle hideout where the hitman lures 007 into a deadly maze for a final duel. Critics panned the movie for its lack of gadgets and a villain (Christoper Lee’s Scaramanga) that overshadowed Bond.

When another agent is killed in Germany, Roger Moore’s Bond sets out to discover the truth and ends up in India, where he meets Octopussy. Under the guise of a traveling circus, the enigmatic woman is running a smuggling ring with sinister plans to blow up a US Air Force base.

In “The World Is Not Enough,” Pierce Bosnan’s Bond is assigned to protect the daughter of a murdered oil tycoon. In the process, he uncovers a nuclear plot that could leave the world’s oil supply hanging in the balance. Critics were underwhelmed by the film, which many said was plagued by “mediocre writing, uneven acting” and a predictable plot.

In Pierce Brosnan’s final Bond film, 007 gets captured by North Korean agents and must serve a grueling prison sentence. When he’s finally released, he’s convinced that someone in his own agency betrayed him. He travels to Cuba in search of the agent who put him behind bars — who happens to have teamed up with a millionaire who has a diabolical weapon that could destroy the world.

Pierce Brosnan returns as Bond in 1997’s “Tomorrow Never Dies,” where 007 must work to stop an insane media mogul who wants his news empire to reach every country on the globe. When China refuses to let him broadcast there, he attempts to use his media empire to fuel flames of war between the UK and China. Bond travels to China and recruits the help of a Chinese secret agent to take on the mogul.

In what critics call one of the saga’s more “ludicrous plots,” James Bond must blast into orbit to investigate the hijacking of an American space shuttle. While being assisted by a beautiful CIA agent, the duo find themselves in a life-or-death struggle against a power-mad industrialist with a plot to commit global genocide.

In “Spectre,” Daniel Craig’s Bond discovers a cryptic message from the past, which takes him to Mexico City and Rome. After infiltrating a secret meeting, 007 uncovers the existence of the sinister organization SPECTRE and sets out to find the daughter of an old nemesis in order to get her assistance.

Things get personal for Bond in 2008’s “Quantum of Solace.” After the death of his love, he sets out to find revenge against the people who blackmailed her and finds himself facing a ruthless businessman who is plotting to gain total control of a vital natural resource. Critics called it “a disappointment” in comparison to “Casino Royale.”

“Diamonds Are Forever” takes Sean Connery’s Bond on an investigation surrounding mysterious activities in the world diamond market. When he discovers his evil nemesis is stockpiling gems to use in his deadly laser satellite, he sets out to stop the madman with the help of a beautiful smuggler.

In 1973, Roger Moore’s Bond finds himself a target while investigating the murders of three fellow agents. As he closes in on a crime lord and heroin magnate, he must evade vicious assassins with the help of a beautiful tarot-card reader, whose magic is crucial to the villain.

Sean Connery made a return to Bond for his final appearance as 007 in this non-Eon produced film. After making an uncharacteristic mistake during a routine training mission, he is indefinitely suspended from active duty. But when the terrorist organization SPECTRE steals two nuclear missiles from the U.S. military, Bond is reinstated as he’s the only agent who has proven he can beat SPECTRE at their own game of espionage.

Roger Moore once again becomes 007 in “For Your Eyes Only,” where the agent joins the search for a nuclear submarine control system that has gone missing after a British ship is sunk in foreign waters. Critics gave the film mixed reviews, calling it a “satisfying adventure” but lacking some of the saga’s usual “bombastic thrills.”

Sean Connery’s Bond finds himself in the midst of the Cold War in 1967’s “You Only Live Twice.” When American and Russian spacecrafts go missing, the world teeters on the brink of nuclear war until British intelligence learns that one of the crafts has landed in the Sea of Japan. Bond fakes his own death and is then sent to Japan to investigate, where he uncovers a sinister global conspiracy.

Timothy Dalton stars as Bond in his first film in the saga, “The Living Daylights.” The movie takes 007 across all seven continents as he sets out to stop an evil arms dealer from starting another world war. Critics praised Timothy’s “serious” performance while noting that he lacked some of the humor seen in previous films.

“GoldenEye” serves as Pierce Brosan’s first and most critically acclaimed film as Bond. The movie, which brings the saga into a more modern era, follows Bond as he takes on a former ally-turned-enemy who has gotten his hands on a powerful satellite system. Critics say the “well-executed” film gives the “series renewed vigor.”

Critics call 1977’s “The Spy Who Loved Me” the best of Roger Moore’s era of Bond. The film follows 007 as he teams up with a beautiful Russian agent to defeat megalomaniac shipping magnate Karl Stromberg who is threatening to destroy New York City with nuclear weapons.

8. “On Her Majesty’s Secret Service”

George Lazenby takes on James Bond in his first and only flick in the franchise. The mission takes Bond to the treacherous Swiss Alps where he must go undercover to find out why  the evil SPECTRE organization is conducting mysterious allergy research — and ends up stopping a germ warfare plot that could kill millions.

The latest Bond flick and the final in Daniel Craig’s tenure as 007, sees the agent as he is pulled back into active service when an old friend from the CIA asks for help. The mission to rescue a kidnapped scientist turns out to be far more treacherous than expected as he encounters a mysterious villain armed with dangerous new technology.

“Thunderball” sees Sean Connery’s Bond take on terrorist group SPECTRE and their one-eyed evil mastermind after they hijack two warheads from a NATO plane. He must stop the group before widespread nuclear destruction and heads to their lair in the Bahamas, facing underwater attacks from both sharks and men.

In one of the most recent Bond flicks, Daniel Craig portrays 007 after an assignment goes terribly wrong and chaos ensues. Not only are undercover agents around the world exposed, but MI6 comes under attack and M is forced to relocate the agency. With only the help of a field agent, Bond works to settle an old score with a man from M’s past.

In Daniel Craig’s first film as James Bond, he must stop a banker to the world’s biggest terrorist organizations from winning a high-stakes poker tournament at Casino Royale in Montenegro. Critics praised the intense reinvention of the films, calling it “one of the most enjoyable” of the franchise.

James Bond enters the Cold War era in 1963’s “From Russia With Love.” The film, starring Sean Connery, follows 007 as he takes on secret crime organization SPECTRE. When Russians attempt to snatch a decoding device known as the Lektor, Bond willingly falls into an assassination ploy in order to retrieve the technology but must escape a series of deadly encounters along the way.

In the first ever film in the saga, Sean Connery introduced Agent 007 to viewers as he took on the mysterious Dr. No, a scientific genius bent on destroying the U.S. space program. As the best agent in the Secret Service, he heads to Jamaica to the villain’s massive island headquarters.

Coming in at the top of the list, Sean Connery stars in 1964’s Bond flick “Goldfinger.” As the third movie in the franchise ever released, it received almost a perfect score from critics and coined one of the film’s most iconic lines: “A martini. Shaken, not stirred.” Critics have called the film, which sees Bond stop a major robbery that could destroy the economy, the “gold standard for all Bond films.”