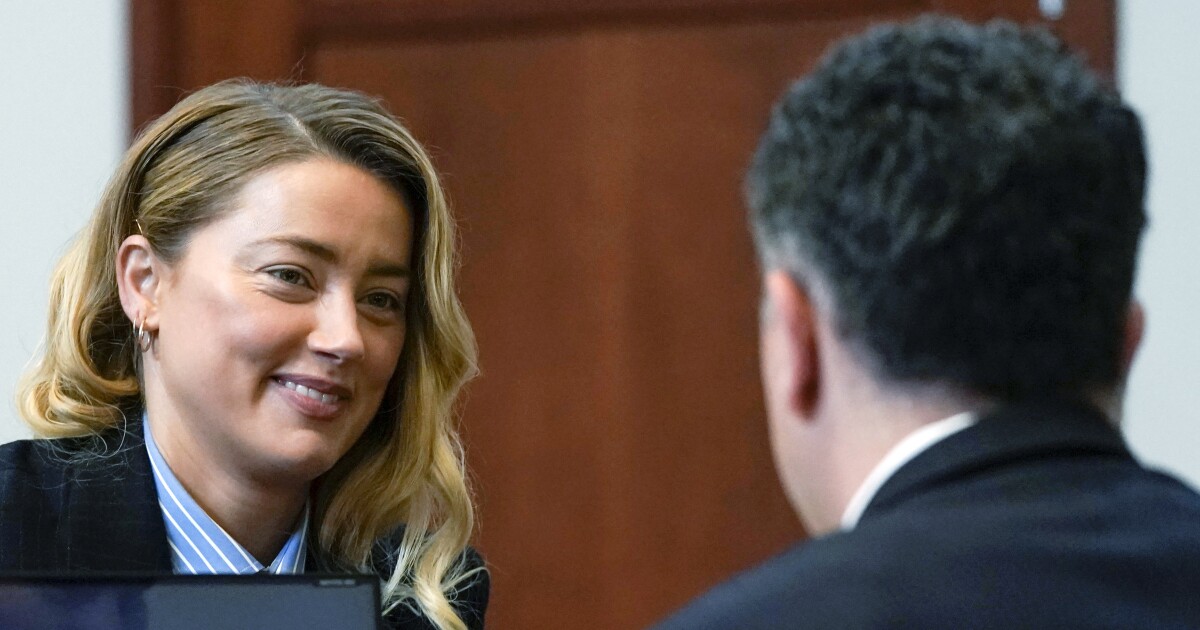 Actor Amber Heard is expected to take the stand in her own defense Wednesday afternoon in a civil suit filed by her ex-husband, Johnny Depp.

Heard’s anticipated testimony comes after a forensic psychologist hired by her lawyers testified that Heard suffers from post-traumatic stress disorder from multiple acts of abuse, including sexual violence, allegedly inflicted on her by Depp.

Depp is suing Heard for libel in Fairfax County Circuit Court after she wrote a December 2018 op-ed in the Washington Post describing herself as “a public figure representing domestic abuse.” The article never mentions Depp by name, but Depp’s lawyers say he was defamed nevertheless because it clearly referred to accusations she made in 2016 during their divorce proceedings.

Depp is seeking $50 million. Heard countersued him for $100 million, also for defamation. The trial is being broadcast live on CourtTV.

Depp spent four days on the stand earlier in the trial, testifying he never struck Heard and that he was the abuse victim. He said he was punched and struck by her on many occasions, and that she threw things at him. He described Heard as having a “need for conflict.”

Psychologist Dawn Hughes, in her testimony Tuesday, acknowledged that Heard at times perpetrated physical violence against Depp, but said it paled in comparison to violence she suffered, which left her intimidated and fearful for her safety.

During cross-examination Wednesday, Hughes acknowledged that she wasn’t making factual determinations that Depp assaulted Heard on specific occasions. But she testified that Heard’s account of her experiences was consistent with accounts of those who are experiencing domestic violence.

Hughes said Heard initially was framing the encounters as consensual but “angry sex.”

“She wasn’t framing them as physical force,” Hughes said.

The trial, now in its fourth week, continues to capture public attention. More than 100 people were lined up Wednesday before 7 a.m. Eastern time — three hours before proceedings began — outside the courthouse for the 100 seats made available in the courtroom. Most are Depp supporters and fans.