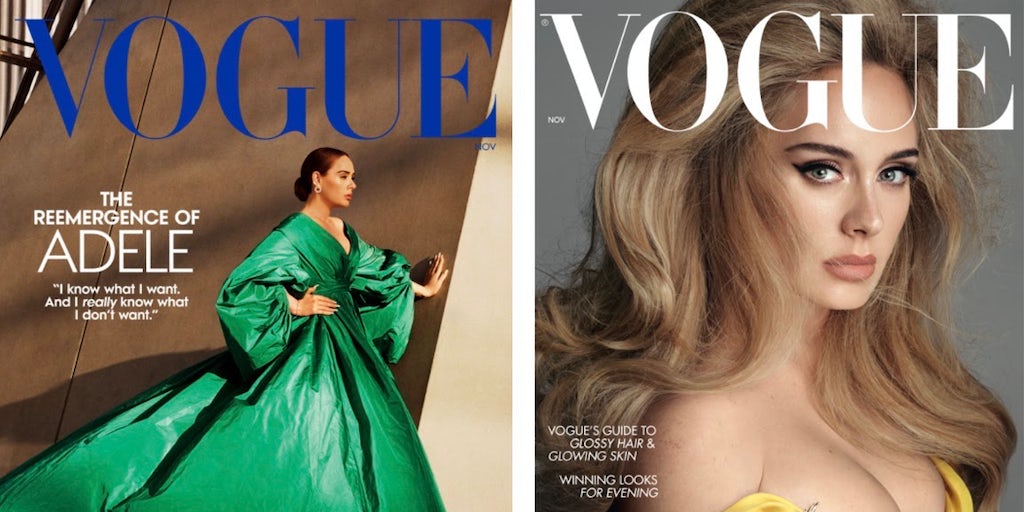 Adele appears on the covers of both American and British Vogue November issues as the singer kicks off the promotion for her upcoming album.

While Vogue has been sharing more content since Condé Nast merged its US and international divisions, each Vogue produced its own separate content for the occasion.

The issue marks the first time the same star has appeared on both Vogue covers at once, and is part of a growing effort at the publisher to entice stars by promising more exposure or to get more mileage out of single shoots or articles by publishing them in more regions. In September, The Weeknd appeared on almost all covers of GQ globally simultaneously. And this week, Glamour released a cover story with Camila Cabello across eight markets.

As the publisher focuses on returning to profitability, a new unified content strategy under Anna Wintour, more powerful at the publisher than ever, aims to make its strategy more efficient and intertwined.