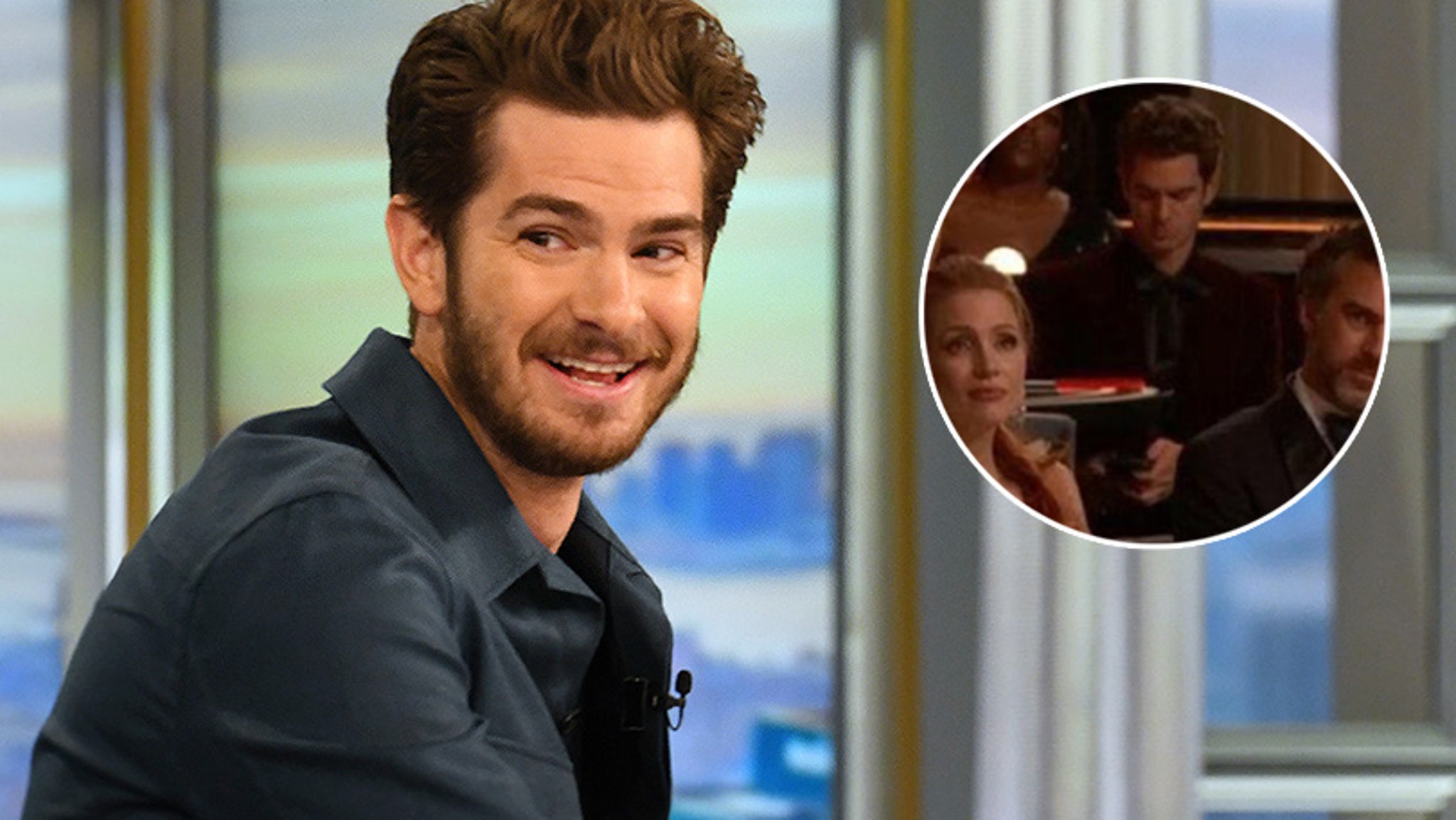 The “Spider-Man: No Way Home” star said he was going to “rest” for a bit: “I need to recalibrate and reconsider what I want to do next and who I want to be and just be a bit of a person for awhile.”

The Slap may have dominated Oscars chatter since the infamous scene played out between Will Smith and Chris Rock on live television, but Andrew Garfield managed to get some attention — by seemingly not paying attention.

The “Spider-Man: No Way Home” star was captured on his phone, appearing to be texting with someone. And considering what else went on that night, his image was memed as quickly as that shot of Nicole Kidman with her mouth hanging open.

Will Smith Banned from Attending All Oscar Events for 10 Years

But while it was quickly proven that the Kidman shot actually happened before The Slap, Garfield has confirmed that his viral image was pretty much exactly what everyone was joking was happening.

He also had no idea that he was on camera, and actually strategically chose his moment to jump on his phone — only to have it backfire spectacularly.

“I feel so bad because Kevin Costner’s introducing the director nominees in the most beautiful and elegant way, and I’m like, ‘There’s no way I’m gonna be on camera during this,'” Garfield told the women of “The View” on Thursday.

Without saying specifically, it was clear that The Slap had derailed Garfield’s enjoyment of the show as much as it had the viewing audience. It had also consumed all of the attention away from what happened in its wake.

Understandably, Garfield said that his friends were all pinging him to ask “what the vibe in the room is.” The mistake was that he thought he could steal a moment away from what was happening around him to respond.

Andrew Garfield on the Scene That Convinced Him to Return, Whether He’d Play Spider-Man Again

“At that moment, my friends took priority over Kevin,” he said. “But I feel really bad about that.” It didn’t help that the moment went almost as viral as The Slap itself, so not only did Garfield get caught not paying attention to the proceedings before him, his social faux pas was plastered all over social media.

As for The Slap itself, Garfield declined to comment, instead saying, “Every possible version of the discussion has happened.”

It’s also possible he was hesitant to weigh in for fear his comments would be misconstrued and blown up into headlines that get it wrong. That’s what happened when reports started circulating that the 38-year-old star had announced he was retiring from acting.

What he actually told Variety is that he’s “going to rest for a little bit.” He went on to say, “I need to recalibrate and reconsider what I want to do next and who I want to be and just be a bit of a person for awhile. Because as you know, that is a washing machine, that awards season.”

Whoopi Goldberg Taking Indefinite Leave of Absence From The View

The “Tick, Tick … Boom!” star is certainly not the first actor to lament the brutal relentlessness of awards season, so it’s easy to understand why he’d want some time to step away and decompress. “I need to just be ordinary for a while,” he said.

Nowhere in any of that does Garfield say that he’s done with acting, with the business and retiring. He just needs to take a step back and take a breath. And yet, from those lines came the headlines that he’s “retiring,” which just blew him away.

“I think people make a story out of nothing. I’ve been loving the work I’ve been doing but also, you know, I need to take a month or so,” he continued, before stating definitively, “I’m not retiring!” Cue reports that he’s coming out of retirement, maybe?

For now, Garfield is busy as ever, starring in the upcoming FX on Hulu miniseries “Under the Banner of Heaven,” currently streaming.