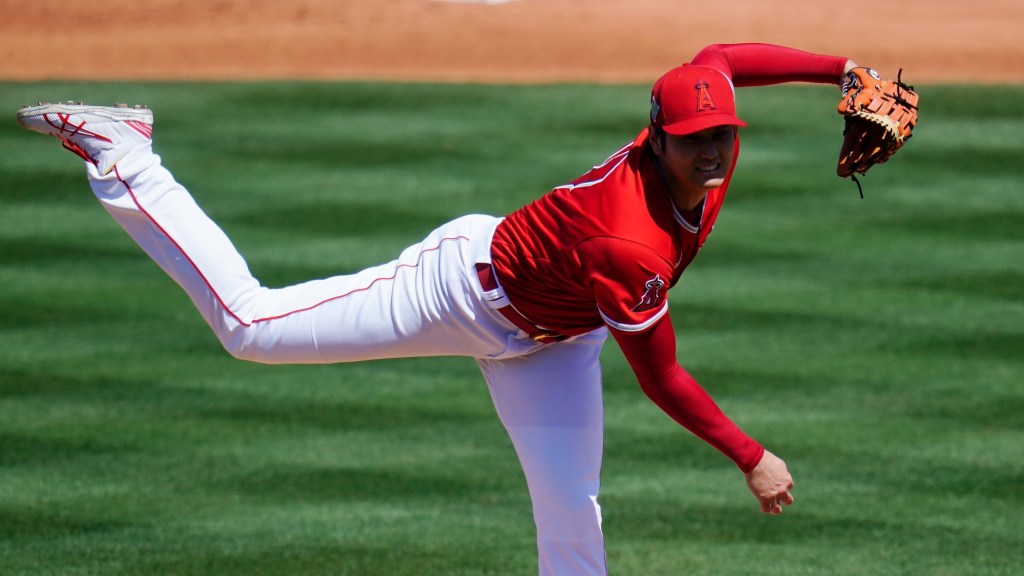 TEMPE, Ariz. — Throughout the winter, no one could be quite sure when Opening Day would be, but there was a never a doubt who would be starting that game for the Angels.

Joe Maddon announced Friday that Shohei Ohtani will start on the mound in the Angels’ opener April 7.

The Angels will face the Houston Astros at Angel Stadium that day, which certainly adds a little juice to the setting that would have been if the Angels had played their pre-lockout scheduled opener at Oakland.

Maddon had been asked a few times since the start of camp about his Opening Day starter, and each time he smiled and said he wasn’t yet ready to announce the obvious.

On Friday morning, Maddon finally told Ohtani, and then he told the media.

“Shohei has earned the right to do this,” Maddon said. “So there really wasn’t that much of a concern or discussion among the other names. We’ve been talking about this from the beginning. We’ve been we’ve been setting it up for this.”

Ohtani is expected to speak about the honor of the Opening Day assignment after he pitches Saturday against the Chicago White Sox in Glendale, Ariz.

“Typically he handled things with limited emotion,” Maddon said. “Of course, he’s happy about it. I think his response was ‘Well, if I have to.’ He’s thrilled about it. He’s earned the right to do that. It’s exciting for everybody.”

Ohtani is coming off a season in which he was the unanimous MVP, starring on the mound and at the plate.

Although Ohtani has said he would like to improve on last year’s numbers, Maddon said Friday that he will be content with a replica of last season.

Ohtani made 23 starts and threw 130 1/3 innings last season, which is less volume than a typical No. 1 starter. Of course, he pitches slightly less because he also hits, and the Angels already eliminated almost all of his days off to get him the workload they did.

“My expectation is the same method that we’ve employed last year,” Maddon said. “That’s my expectation. And that would be including him on a daily basis, or the night before, especially in regards to making those decisions. I thought it went well. So we’ll continue with that same method this year.”

Maddon said the Angels are also committed to the six-man rotation. The extra day off works for Ohtani and also for Noah Syndergaard, who has barely pitched in two years, and the other starters are unproven.

“By adding an extra day in there, I think you have the ability to keep guys well,” Maddon said. “And every time they pitch, they should have their maximum stuff. I think that’s the the bane of the fifth starter for years, the drop-off. If he pitches .500, we’ll take it. I’ve thought about this a lot. This is even pre-Shohei. It made more sense to me that you could find six that you like. By the time we start, we’re gonna have six that we like. I mean really like.”

After Patrick Sandoval, José Suarez and Michael Lorenzen, the competition for the sixth spot includes Reid Detmers, Janson Junk and Jaime Barria, who is out of options.

So far, Detmers has been particularly impressive with his ability to get his breaking ball in the strike zone.

“I learned last year you have to land breaking balls early in the counts or things are not going to go well,” Detmers said. “That’s pretty much what I worked on offseason. That’s what I’m focused on.”