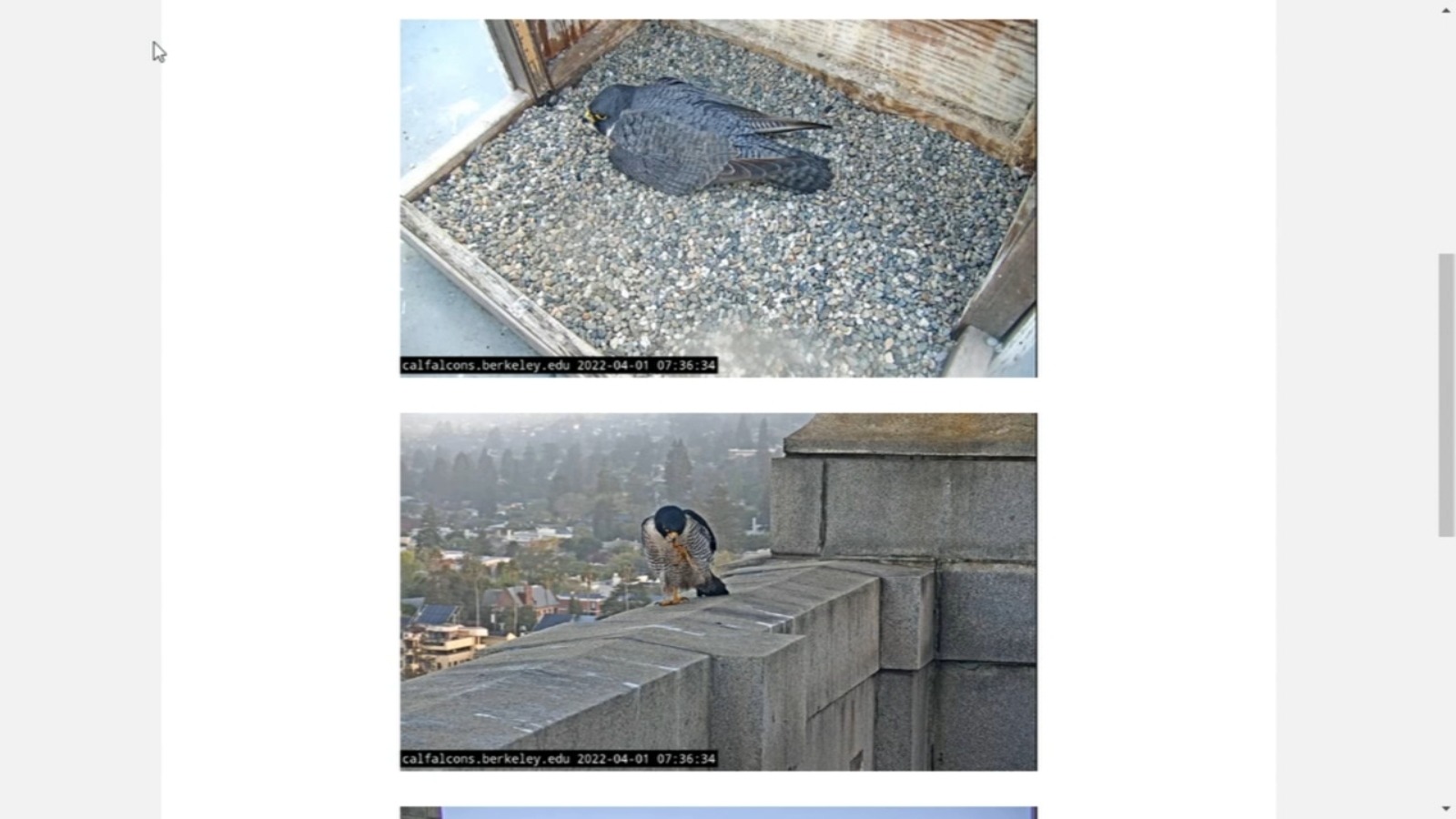 BERKELEY, Calif. (KGO) — The saga continues at the tower at UC Berkeley for longtime and beloved Falcon couple, Annie and Grinnell. On Thursday, it was revealed Grinnell was tragically found dead.

“We were alerted to a dead Falcon in Downtown Berkeley. And when our team members went to go find it, they found it and it turned out it was Grinnell. And looks like he was probably hit by a car,” said Sean Peterson, Cal Falcons Ornithologist.

“And it’s just really a tragic, tragic loss right at the start of the breeding season.”

Peterson says there are a couple of options to explain Grinnell’s death.

“The first is that he might have been trying to hunt a pigeon or something that and he just moved too low and happened to end up in the street. Random bad luck,” he said.

But he says peregrine falcons are pretty maneuverable and fast birds, so that’s not super likely.

“Another option is that he was potentially in a conflict with another bird and was forced onto the ground by another bird. And that’s how he ended up in the street. It’s really hard to say.”

Just last month, Annie went viral after she disappeared for weeks. The worry was she left her longtime mate Grinnell for good.

But Annie eventually returned to her nest, their kids—and Grinnell.

And she has been receptive.

According to Cal Falcons scientists, in a tweet on Friday, the new male falcon has spent the night with Annie, appeared interested in incubating the eggs and performed multiple courtship displays with Annie.

Peterson says he has received a report that Annie and this new male already mated.

When a mated Peregrine dies during the breeding season, the most likely outcome of the nest is abandonment. In rare cases, a new mate can come in, establish a bond with the remaining individual, and adopt the chicks. It is *possible* that we are witnessing this right now. pic.twitter.com/KKrBI8wxWD

The next step with Grinnell — a toxicity screening. And he may end up at the Museum of Vertebrate Zoology at Cal.

They are still working on memorial plans to honor him.

What’s next in this continuing saga? Which seems to be like a reboot of “Falcon Crest.” But with real falcons.

Be sure to tune into ABC7 News’ new digital streaming show, [email protected], weekdays at 7 a.m.

Watch the full interview in our video player above.