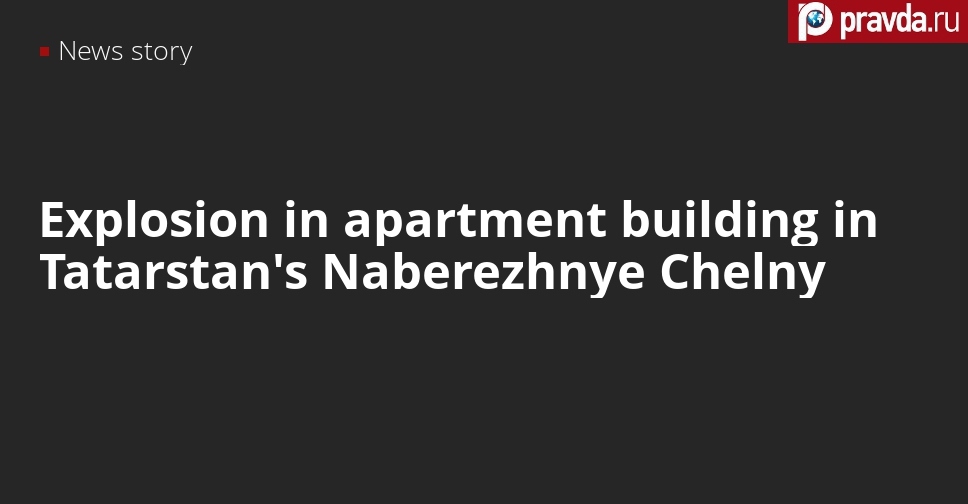 An explosion occurred in an apartment building in the city of Naberezhnye Chelny, the Tatarstan Republic of Russia.

According to the Ministry for Emergencies Situations, the explosion of the gas-air mixture occurred in an apartment on the fourth floor of a five-story apartment building.

Thirty-two people were evacuated from the building, four others were hospitalised. A 17-year-old teenage boy was removed from under the rubble. The young man was found alive.

According to preliminary data, the explosion occurred due to the violation of the rules for the use  of gas equipment.

The explosion sent concrete structures and glass fragments flying for tens of meters away, damaging cars that were parked near the building.

The Office of the Public Prosecutor of Tatarstan launched an investigation into the explosion. Further action will be taken depending on the results of the investigation.