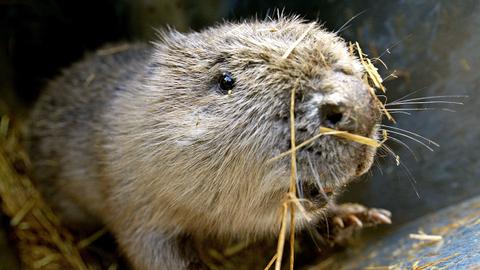 From serving as buffers against wildfires to building dams, beavers are called nature’s ecosystem engineers. But they can also be destructive.

Anglia Ruskin University in Cambridge, UK, has been granted over £500,000 (around half a millions US dollars) to launch a major study on the beavers, the brown-feathered mammals.

The mascot-like orange toothed animals are mostly-known for their adorable looks, but they are not just pretty faces. What they offer besides their aesthetically pleasing looks is extremely useful to the wider environment, to the point that they are even called nature’s ecosystem engineers.

They help to clean water supplies by building dams that naturally filter pollutants carried by streams and rivers. In dry areas, the ponds they create help moisturise the soil. In the areas that are under risk of flooding, these ponds slow floodwaters.

A study in 2020 found that, by cutting trees, these brown-feathered animals can help to restore wetland ecosystems and entire boreal forests in the long term.

But these are under normal circumstances. Now beavers might be changing their habitats and behaviour and, scientists from Anglia Ruskin University fear that they may be accelerating the impacts of climate change as they move further into the Arctic.

A beaver’s dam building skill is so strong that it can change the landscape and divert rivers. Over the last few years in particular, scientists observed that was exactly what was happening.

In the last 15-20 years the number of beavers has increased vastly, and beaver expansion northward caused substantial changes thanks to increased ponds, according to Helen Wheeler, a wildlife ecologist from Anglia Ruskin University.

With the funding awarded by the government-sponsored UK Research and Innovation body, a team of researchers led by Wheeler will look into how the beaver-created ponds and dams divert rivers and reduce the number of fish that the local population is relying on in Canada.

“There were beaver dams to the extent that there was no water downstream. And so there were no fish, and that was important subsistence fisheries for local people,” she told NPR.

“There were also concerns around access, so the ability to get to important hunting and trapping areas could be affected by beaver dams, for example,” she added.

A study by the NOAA Research 2021 looking into aerial and satellite images showed that in North American beaver colonisation in the Arctic tundra of Alaska doubled the number of ponds to 12,000 in a year. There were no beaver ponds seen in the aerial photos taken in the region between 1945 and 1955.

As increased numbers of beavers influx north into the Arctic, the mammals also prompt the melting of permafrost as “the warmth of the ponds the beavers create with their dams can thaw the frozen ground below,” Wheeler explained. That can cause the release of greenhouse gases, methane and carbon dioxide.

What’s at stake is also the culture of the indigenous communities. That’s why scientists are committed to first understanding the cause of the changes, then finding solutions to manage the challenges that come together so that the locals can decide how to tackle it.