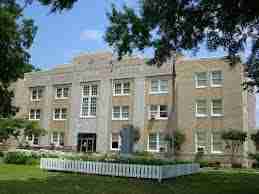 To start, the court heard an update regarding the Arkansas County Detention Center.

“The sheriff was out of pocket, so the chief deputy gave an account on how many are jailed,” Best said. “If my memory serves me right, there were 73 males, 16 or 17 females, and nine 309’s (inmates on work release) at the jail.”

In other business, justices voted to reappoint Jeremy Cox and Trey Daniels to the Board of Equalization. The appointment lasts three years.

“It is a board that the public can go to if they have any (disagreement) about their taxes,” Best said. “Let’s say your property taxes for some reason seem way out of line. You would set up a meeting with that board, and they would look at it and see if there is anything that needed to be done.”

Lastly, the court approved an appropriation ordinance involving $1,698,225.50 in American Rescue Plan Act funds that Arkansas County received. Part of the funds will go toward a restoration project at the county’s jail facility.

“The jail needed a new roof on it, and the quorum court agreed to let that be done. It will cost $144,000. That will come out of the ARP money,” Best said.

The remaining funds will be used for other projects in Arkansas County.

“We are looking to update the DeWitt courthouse to (install) central heat and air. As we go along, we will be looking at different things to update and improve, especially if it is COVID-19 related,” Best said.

The next regular meeting of the Arkansas County Quorum Court will be held Tuesday, June 14, at 9:30 a.m. at the courthouse in DeWitt.