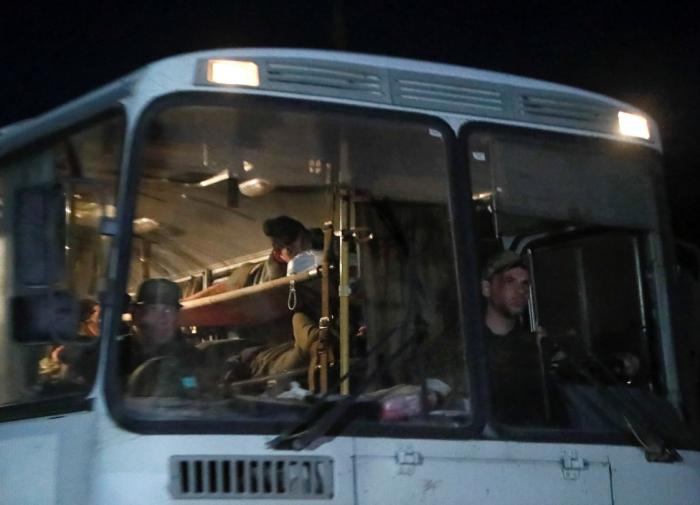 About 300 fighters of the Armed Forces of Ukraine (265 people, 51 of them are seriously wounded) have left the territory of Azovstal steel plant in Mariupol and surrendered.

The Ukrainian military men are being evacuated from the territory of the steel works on ten buses, RT reports.

A convoy of the buses with the wounded soldiers left to the DPR-controlled hospital in Novoazovsk.

President of Ukraine Volodymyr Zelensky confirmed that part of the Ukrainian military, who were staying on the territory of Azovstal, had surrendered.

“A difficult day. But this day, like all the others, is to defend our country and our people. We have a hope that we can save the lives of our guys. Some of them are seriously wounded and they need help. I want to stress this out here: Ukraine needs Ukrainian heroes alive. This is our principle,” Zelensky said in a video address on Telegram.

On May 16, Alexander Khodakovsky, the founder of the Vostok battalion of the DPR, said that the Ukrainian military, who left the territory of the blockaded steel plant, expressed their desire to negotiate. Nine fighters of the Armed Forces of Ukraine represented the interests of most of the military, who were currently staying at Azovstal, he noted.