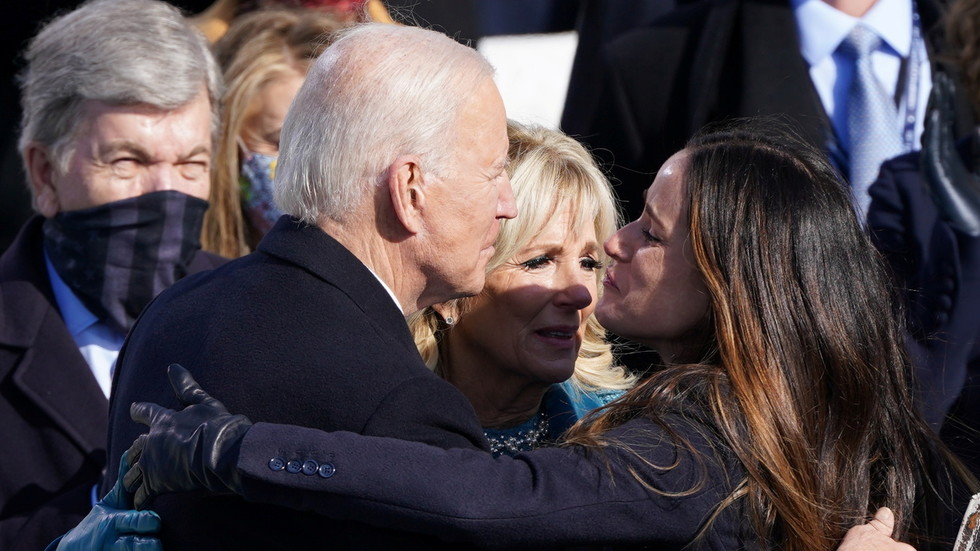 A copy of the diary of US President Joe Biden’s daughter has reportedly been confirmed as genuine. The FBI has raided multiple homes as part of an investigation into its alleged theft, media reported.

The FBI searched the homes of two Project Veritas employees on Thursday, according to several outlets. The raids, which were first reported by the New York Times on Friday, came a little over a year after conservative outlet National File published the entire contents of what appeared to be Ashley Biden’s diary. While Project Veritas insisted it had nothing to do with publishing excerpts in October 2020, it has nevertheless apparently been implicated in the alleged “theft” of the 40-year-old’s diary.

Appearing at multiple former and current employees’ homes, the FBI delivered a subpoena complete with cover letter pleading with Veritas to refrain from “disclosing the existence of the subpoena to any third party…in order to preserve the confidentiality of the investigation,” Project Veritas founder and CEO James O’Keefe said in a video message on Friday, accusing the feds of trying to “silence” him.

The case is being handled by the FBI and the Justice Department’s Southern District of New York division, namely agents and prosecutors focused on public corruption, sources briefed on the matter told the Times.

While O’Keefe’s organization – a conservative-leaning muckraking outfit – had refused to publish the diary, they did claim to know where it was located and even alleged to have an audio recording of Biden herself admitting it was hers. In his video on Friday, O’Keefe said that the group was approached by tipsters who stayed “temporarily” in the same hotel room as Biden’s daughter, claiming that she “abandoned” the diary.

O’Keefe said that PV had turned the diary over to law enforcement after first reaching out to Ashley Biden’s attorney, who “refused to authenticate it.” O’Keefe said that he contacted the Department of Justice on his own volition and “conveyed unassailable facts that demonstrate[d] Project Veritas’ lack of involvement in criminal activity and/or criminal intent.” The group said it opted not to publish the diary because it couldn’t verify its contents or whether it truly belonged to Ashley Biden.

Also on rt.com
‘You kicked the ball’: Biden team accused of being ‘condescending to women’ after inviting footballer Sarah Fuller to inauguration

Despite initially adhering to the agency’s wishes – according to O’Keefe, at least – the FBI visits were followed up shortly by a call from a Times reporter demanding comment on the legal process.

The FBI declined to confirm the raids, telling the Times that they “performed law enforcement activity related to an ongoing investigation” at two addresses without elaboration.

While Ashley Biden’s diary is bristling with potential bombshells – including repeated discussion of drug use, marital failure, multiple affairs and her issues with her father, whom she claimed to have showered with in situations that were “probably not appropriate” – the document was largely ignored by other conservaitve outlets and mainstream media. The diary also suggested that the younger Biden was sexually molested as a child.