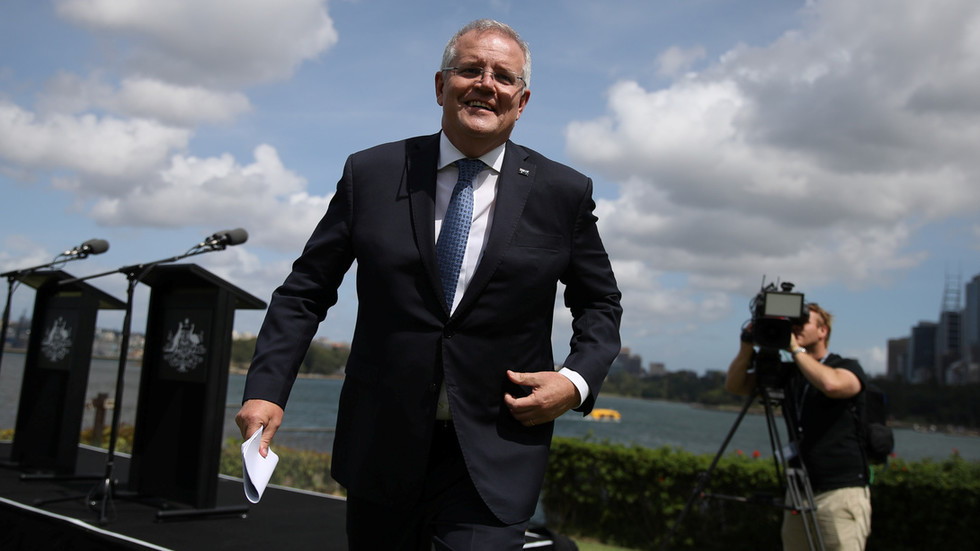 Australian Prime Minister Scott Morrison claims he’s been nothing but completely honest since entering public life, as both his predecessor in the top job and the French president accuse him of lying.

Scientists estimate that an average person lies 1.65 times per day, but the Australian PM is apparently no average person – on Friday, he claimed that, as a politician, he dealt in the truth and nothing but the truth.

When asked by the host of Melbourne’s 3AW radio if he had ever told a lie while in public life, Morrison replied, “I don’t believe I have, no. No.”

The issue is a hot topic because the prime minister’s honesty is currently being questioned both at home and abroad.

In early November, French President Emmanuel Macron accused Morrison of deceiving him about Canberra’s plans to ditch a $90 billion submarine deal with Paris in favor of entering the AUKUS pact with the US and the UK. When asked if he thought the Australian PM had lied to him, Macron swiftly responded, “I don’t think, I know.”


A few days later, former Australian prime minister Malcolm Turnbull, under whom Morrison served as treasurer between 2015 and 2018, claimed the man “had a reputation for telling lies.”

Responding to these accusations in the radio interview, Morrison said he wasn’t taking such things personally.

“Look, I mean, it’s politics. People take sledges at me all the time … I’ve learned in public life over a long period of time to not have a thin skin, to not get bitter, to stay focused on the job.”

“If you haven’t got the thick skin to deal with that, then you’re in the wrong job,” he added.

He again defended the AUKUS pact, which will see Canberra obtaining nuclear-powered submarines, saying, “I’m making the decisions to protect Australia’s defense interests. I wasn’t intimidated by the fact it might upset some people.”

“Deceiving people is bad wherever you do it, but when you do it at an international level, it has much graver ramifications,” Turnbull said of Morrison. An example of those “ramifications” could be the European Union’s decision to postpone talks on the crucial free trade deal with Canberra over the way it mistreated France.

Australians are also unhappy about Morrison’s U-turn on the adoption of the electric car. During his election campaign in 2019, he had criticized the technology, claiming such a vehicle “won’t tow your trailer. It’s not going to tow your boat. It’s not going to get you out to your favorite camping spot with your family,” but, this week, announced that his government would allocate AUS$178 million ($129.6 million) to support the switch to the new transportation type. The PM has since defended himself by claiming he had never opposed electric cars and his political opponents were twisting his words.

Doubts about Morrison’s integrity may cost the Liberal Party dear in the federal elections, scheduled to take place in May 2022. A poll by the Australian edition of The Guardian this week revealed the PM’s voter approval rating had fallen from 65% in February to 48% – the lowest in 18 months.