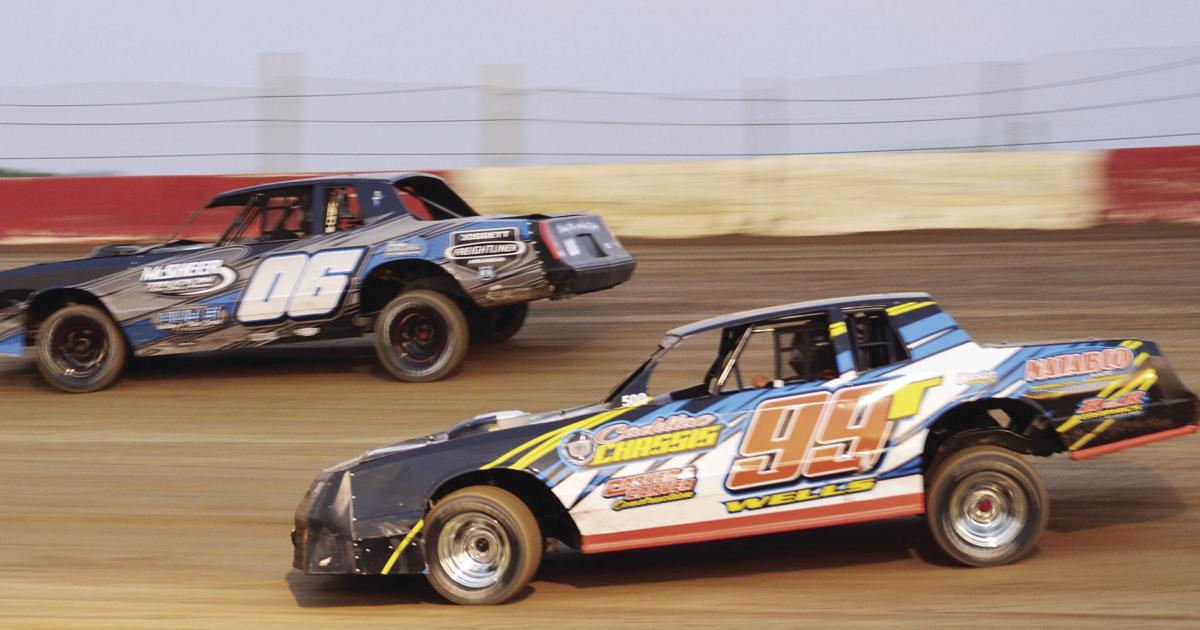 LOCUST GROVE — For a self-proclaimed “part-timer,” Batesville’s Wendall Wallace has had a great run so far in 2022, including a dominate feature win in the IMCA Modifieds Friday night at Batesville Motor Speedway.

Local graduations took a big toll on both crowd attendance and car count, but that did not stop the ‘Batesville Bullet’ from putting on a driving clinic as he won by half a lap over fellow Batesville driver Roger Witt and Wayne Brooks, who were left to battle for second.

Wallace handily won in the opening heat to earn the top-qualifier spot, and ran away from outside polesitter Travis Mosley and the rest of the pack at the drop of the green in the 20-lap feature. It was Wallace’s second modified win of the season at Locust Grove.

“We don’t race a whole lot, but yeah, my race car is pretty good,” Wallace said following the race. “It takes everything on a race car, down to the power, shocks – everything. I knew Travis had raced pretty hard there early on, and I was hoping we could get the lead early and pick our line and try to get away from them.”

Wallace’s plan worked out well, as Witt and Brooks battled behind him for second. Brooks got a good look inside a number of times, but Witt was able to use outside momentum coming out of Turn 2 and hold off the veteran.

Mosley settled into fourth place after the 18 of Witt and the UFO of Brooks got past him in the opening laps and ran the entirety drama free, as did fifth-place finisher John Waugh. The biggest battle on the track was for sixth position as Adam Maple, Joey Gee and Brian Ritchie duked it out through a big portion of the feature, with Maple eventually prevailing. Gee settled for seventh, followed by Ritchie, Nick Glaze and Jaren Martin.

Wallace’s biggest threat was the track itself, as the overabundance of rain this spring has wreaked havoc on the clay surface of the three-eights mile oval. The cars were visibly hopping across the front straight over the various bumps that led into a gully-infested Turn 1.

“It was definitely pretty rough through the front-stretch, it had a lot of rain here,” Wallace said. “It was still choppy getting through Turn 1, but I tried to go above some of the holes and dodge them the best I could.”

Saldano’s Richie Tosh took the win in the IMCA Stock feature, getting by fast qualifier Tommy New on Lap 4 after starting outside Row 2.

New stayed with him for a few laps until settling into second, while Hayden Hartwick finished third ahead of fourth-place finisher Joe Payne and Brad Hartwick in fifth.

Floral’s Jason Goodman won in exciting fashion the hobby-stock feature, making a big move on the opening lap to come from the second row to second place in one pass to challenge Steven Morrow for the top spot. Goodman took the lead by the end of the third lap and never looked back on his way to taking the checkers. Quincy Brooks fought his way to a second-place finish, followed by Matthew Green in third, Jeremy Gay in fourth and fifth-place finisher Mason Morrow.

It was a battle of fives in the cruiser class feature as the 5W of Tyler Hess held off the 5H of teammate Curtis Hess for the victory while Floral’s Emily Gay overcome problems in the heat race to recover for a solid third-place effort. Blake Dickerson of Judsonia was not able to complete the feature and settled for fourth.

This Friday night at Batesville Motor Speedway will be another night of weekly points racing with the Comp Cams late models coming to town for the June 3 show.