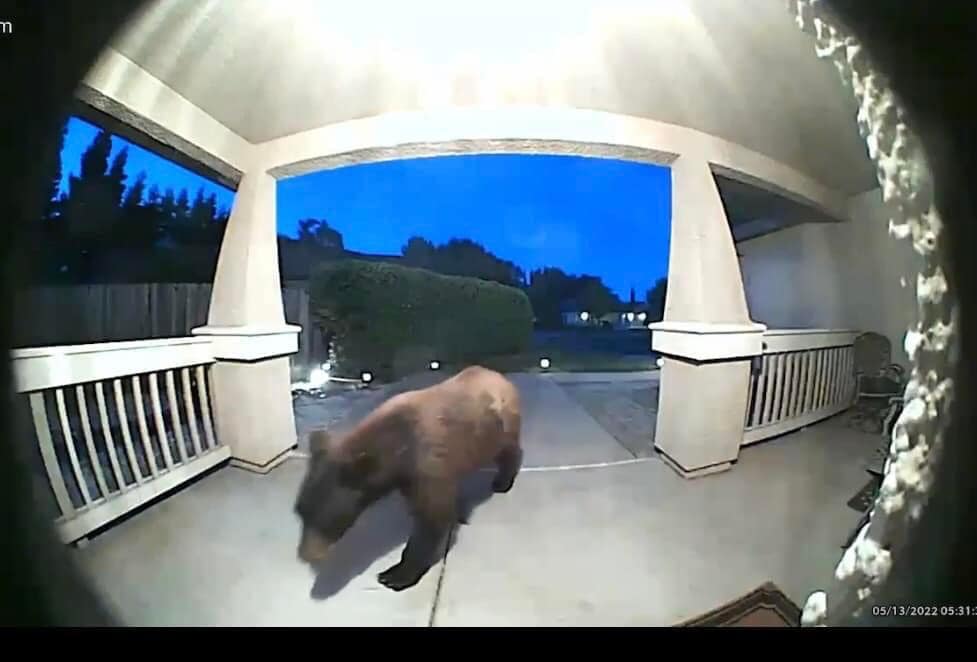 FAIRFIELD, Calif. (KRON) — A bear was spotted on the front porch of a home in Fairfield, police announced in a Facebook post on Saturday. Police said they received a number of calls in the past 24 or so hours of bear sightings in the area of Woodcreek Park on Astoria Drive.

A snapshot of surveillance video obtained by Fairfield police shows the bear approaching the doorsteps of the home. No injuries were caused by the bear, and police did not report any human encounters with the animal.

KRON On is streaming live

Police said bears are not often in the city and are often found on the hills. Woodcreek Park is located less than a mile away from Highway 80.