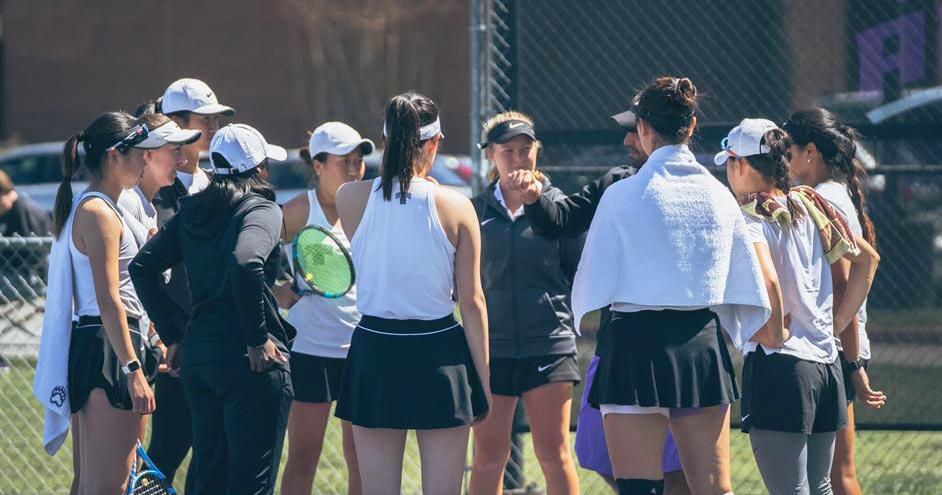 The University of Central Arkansas tennis program continues to fight vigorously against its recent string of competitors as the best of the East meets the Bears on the court.

Thursday was no different for UCA as it battled with the nationally ranked (No. 68) Florida Gulf Coast Eagles.

In doing so, it followed the trend of its recent string of matches, as it fell short of capturing that upset victory in a 4-3 defeat.

As the final tally shows, this was no David versus Goliah matchup, as both squads are successful enough to already be destined for the ASUN Tournament.

While the Bears have little wiggle room as they are stuck at the No. 5 or No. 6 seed, the only thing that the Eagles could do was go down from their current spot in the standings.

While the Bears hoped to knock them down, it would not happen even after claiming the doubles point to start the match.

However, it was a big day for No. 1 Chunxi Xin and No. 2 Fuka Nonoyama. These two were the lone singles competitors to claim victories and did so in opposite ways.

Nonoyama took a different approach to the court as she was the last one to finish in a heart-pounding final match.

The undefeated ASUN competitor rallied after losing the first set 7-6 as she claimed the second set late 7-5 and then eventually showcased her endurance with a 6-1 finish.

This win marked her eighth win in the ASUN from the singles side as she now stands at 8-0 on the year in the conference.

Next, the Bears stay home as they host Kennesaw State in the senior day showcase that will determine the No. 5 seed in the ASUN Tournament.

This match will start at 1 p.m. Saturday at the UCA Tennis Courts with senior day festivities being held after the match.