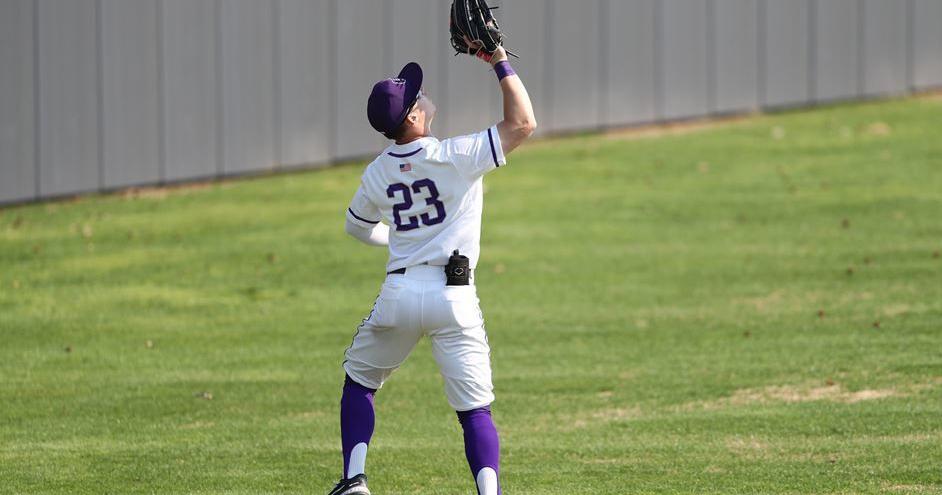 TULSA, Oklahoma — In a game full of fireworks throughout, the Bears’ baseball program was on the wrong side of the fuse as Oral Roberts plated two runs in the bottom of the eighth to win the game, 8-7.

While UCA did not come out of the midweek road matchup on the winning side, there was a lot to be proud of as the Bears fought hard till the final out.

Leading the charge for the purple and gray were sophomore Drew Sturgeon and junior Kolby Johnson.

These players had one hit each, but they could not have been more crucial as one swing-plated Sturgeon three RBI in the fifth, and another one plated Johnson two RBI and the Bears a 7-6 lead heading into the bottom of the eighth.

After a weekend of hot-hitting, the expectations are always high heading into the next game.

The expectations were slowly being met right out of the gate as the Bears took advantage early as sophomore Drew Pollum brought home junior Hunter Hicks with a single to right-center to open up the scoring.

While this would be the lone contribution for Pollum as he would be pinch-hit for the next at-bat, it sure wasn’t the only contribution of Hicks.

With UCA opening the scoring, ORU was obliged to give back as it plated three runs in the first to make it 3-1.

The Bears countered that movement in the third as senior Connor Emmet doubled to right-center to score Johnson and cut the lead to one.

The Golden Eagles did not sweat with the Bears on their backs as they popped off in the fourth for three runs with a two-run home run and a sac fly to increase the lead to 6-2.

Following that initial deflation, UCA got back into it with the two big flies from Sturgeon in the fifth and Johnson in the eighth, and before anyone knew it, UCA held the lead for the first time since the first as they headed into the bottom of the eighth up 7-6.

However, ORU was not done as it gained two more runs on two sac flies to claim the lead once again and gave the final three outs to its elite closer.

The Bears did get their shot in the ninth with a runner on third and one out, but a roller to the second baseman allowed ORU to get the runner coming home, and then all it took was a quick out, and the Golden Eagles held the season sweep.

Up next, the Bears return to action in a pivotal weekend series against Jacksonville State in the final ASUN road trip.

It will be the No. 2 team versus the No. 4 squad in the ASUN West Division with nothing but an opportunity to change the layout of the ASUN Tournament.

The series starts at 6 p.m. Friday in Jacksonville, Alabama.