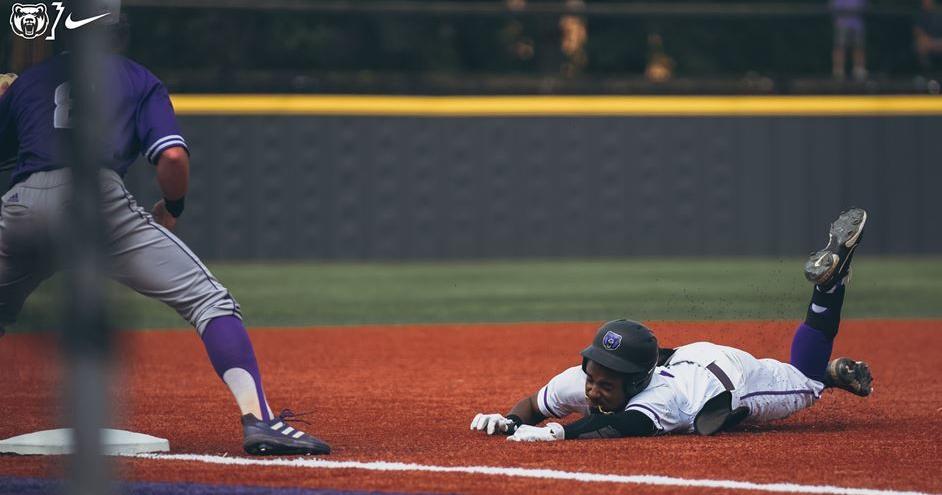 The Central Arkansas Bears are heading out for the penultimate three-game ASUN Conference series of the season this weekend.

The pair previously met April 8 through 10 with UCA grabbing the series at two games to one.

Each game was tightly contested with JSU grabbing the series opener 4-3, followed by an 11-9 win April 9.

The series concluded with the Bears claiming the finale with a three-run rally in the ninth inning.

The rubber match saw the Gamecocks clenching to a 4-2 lead in the bottom of the ninth when runners reached second and third.

Junior Noah Argenta drove the tying runs home on a single through the right side and advanced to second on the throw home.

Sophomore Connor Flagg was intentionally walked to set up a potential double play with one out already recorded in the inning before senior RJ Pearson hit the first pitch he saw through the right side to walk it off for the Bears, sending junior Trey Harris, who pinch ran for Argenta, home for the winning run.

That was UCA’s fourth series win in a string of six in a row.

The Bears are rounding out their home-and-home series with ASUN West Division opponents, starting with a home series April 22 through 23 against Bellarmine and an away series with Lipscomb from April 29 through May 1 and North Alabama last weekend.

With two regular season series remaining for the Bears, the time for positioning for postseason seeding is now.

Currently, UCA sits a game behind division leader Eastern Kentucky, which is the Bears’ final opponent this season, while JSU sits in fourth in the ASUN West — just two games behind UCA.

While the Bears were sweeping North Alabama last weekend, the Gamecocks were on the opposite end of the broom, being swept by Eastern Kentucky in Richmond, Kentucky.

On the mound, JSU holds the advantage over UCA in terms of ERA.

In his prior outing, he was much more effective, giving up three earned runs on five hits and four walks while striking out three across 6.0 innings.

The pitcher UCA will have to watch out for is Saturday starter junior Isaiah Magwood, who is leading the team with a 2.72 ERA.

Magwood was knocked around a bit in last Saturday’s 5-3 loss to the Colonels, giving up four runs, all earned, on six hits and two walks while striking out 10 across 7.1 innings.

The surging Bears offense will face these two starters,along with a third, starting at 6 p.m. Friday, followed by a 6 p.m. start time Saturday.