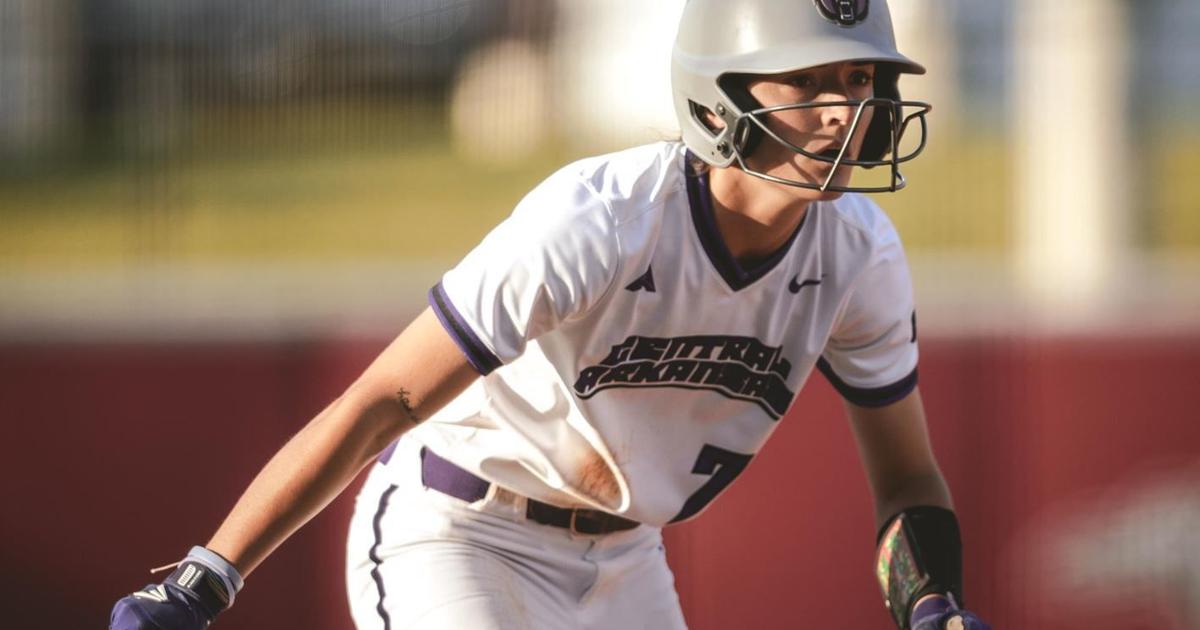 On the road for one final series, the Central Arkansas softball team travels to face North Alabama with huge ASUN implications.

With a 2 p.m. doubleheader Saturday and a 1 p.m. start Sunday, this series will start to solidify the final standings in the ASUN West as the regular season draws to a close.

The Bears (28-17, 12-6 ASUN) enter the weekend after narrowly falling to No. 5 Arkansas on Tuesday. After taking an early lead, the Razorbacks were able to pull one out after taking a late lead on a two-run home run. Tremere Harris and Mary Kate Brown both registered multiple hits against the Hogs, while Jordan Johnson was able to keep the Arkansas lineup guessing almost all night.

Harris moved into team-lead in batting average, as the sophomore now bats .403 on the season. Her average ranks second in the ASUN and her 58 hits are second to only teammate Jenna Wildeman in the conference standings. Brown’s RBI on Tuesday was her 42nd of the season, the fifth-most in the ASUN.

The trio at the start of the lineup for the Bears helps anchor an offense that holds the second best batting average in the conference (.313), a number that ranks 26th in the country.

Central Arkansas also holds a top-40 rank in the country in on base percentage (.389) and stolen bases (74).

With a win in this series, the Bears will clinch a spot in the ASUN Championships and will be the first ASUN West team to claim a spot. Central Arkansas currently holds a one-game advantage over the Lions, and a two-game hold over Jacksonville State.

The Bears are still in the running for the No. 2 seed in the conference tournament, with undefeated Liberty and current-No. 2 North Florida battling this weekend. If the Flames can maintain their undefeated record in conference play, the Bears have a chance to leap North Florida.

Across the field this weekend is the North Alabama Lions, who hold a 33-14 overall record and are 11-7 in conference.

The Lions have been busy this week, falling to Samford on Wednesday in Birmingham before downing the Memphis Tigers at home on Thursday.

North Alabama has one of the most potent offenses in the conference, sporting the ASUN’s best batting average (.322), as well as the most hits (420), doubles (69) and home runs (50). The Lions get contributions up and down the lineup, with two players batting .360 or higher, three players with 10-plus doubles and two players with 10-plus home runs.

In the circle, the Lions’ stud pitcher is Maci Birdyshaw, a sophomore pitcher who has logged nearly half of the team’s innings, tossing 123.1 of a possible 304.0. With a 16-2 record, Birdyshaw’s 16 victories are the second-most in the conference, tied with the Bears’ Kayla Beaver. Holding a 2.84 ERA, the Lawrenceburg, Tennessee, native ranks fourth in the conference with 124 strikeouts.

First pitch against the Lions is set for 2 p.m. Saturday, that being the first game of a doubleheader. On Sunday, the teams will battle for a third time at 1 p.m. Links to each game’s stream and live stats are available at ucasports.com.