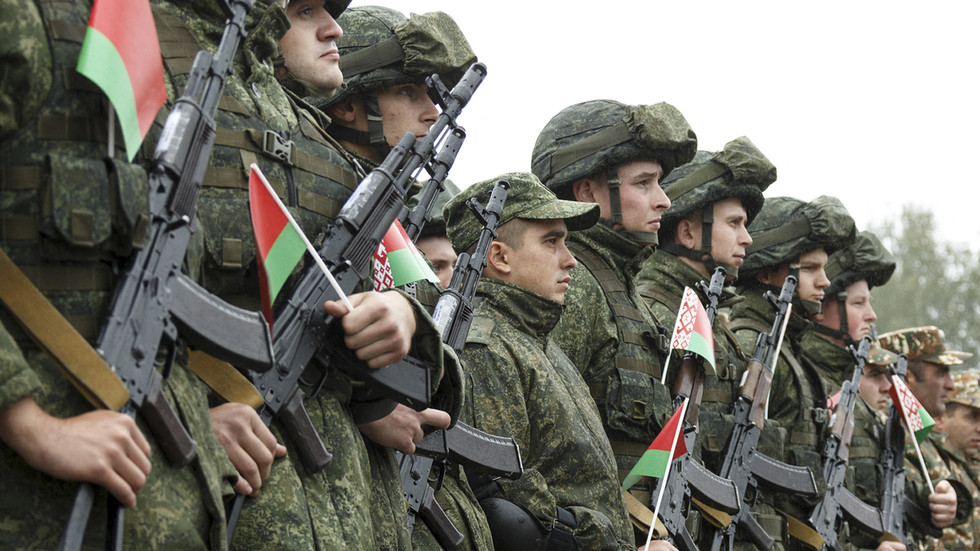 Belarus has launched surprise military drills aimed at checking the combat readiness of its forces. The country’s defense ministry made the announcement on its Telegram channel on Wednesday, emphasizing that the exercise is not directed against any nation.

According to the statement, the drills’ objective is to assess the troops’ readiness to respond to “crisis situations” in a swift manner. The soldiers involved in the exercise will have to operate in unfamiliar areas in a “rapidly changing environment.”

The scope of the drills will incrementally increase, allowing Minsk to check its military capabilities both against “threats on the ground as well as in the air,” the ministry noted. On top of that, special emphasis will be placed on material support and logistics.

In its Telegram post, the Belarusian defense ministry described this kind of military exercise as “one of the most effective ways of training troops,” emphasizing at the same time that the drills “pose no threat to either the European community in general, or the neighboring countries in particular.”

The statement, however, did warn Belarusian citizens of possible traffic congestion due to the movement of a “considerable amount of military hardware,” and asked them to exercise caution.


The drills come amid Russia’s ongoing military campaign against Ukraine, which has entered a third month.

On Tuesday, Belarusian Presidents Alexander Lukashenko spoke with his Russian counterpart Vladimir Putin by phone, with the offensive in Ukraine among the topics discussed.

As one of Russia’s closest partners, Belarus let Russian forces use its territory to launch an attack on northern Ukraine, including the capital, Kiev, during the early stages of the military campaign in late February – early March. It was preceded by massive joint military drills involving troops from both Belarus and Russia.

While supporting Moscow’s decision, Minsk, however, has so far stopped short of getting involved in the conflict directly.

This latest military exercise in Belarus also coincided with major drills hosted by the country’s neighbors, Poland, Lithuania and Latvia, which kicked off earlier this month.

Warsaw announced that the Defender Europe 2022 maneuvers would see troops from over 20 nations, mostly NATO member states, deployed to Poland. The Swift Response 2022 drill, in turn, is being held in Lithuania and Latvia, with Polish troops as well as military forces from the Czech Republic, Germany and the Netherlands taking part.

According to Poland’s defense ministry, the drills are aimed at enhancing the “security of the NATO Eastern Flank” as well as deterring a “potential aggressor.” Warsaw, however, made a point of saying that the exercise was not “aimed against any country and… not related to the current geopolitical situation in the region.”