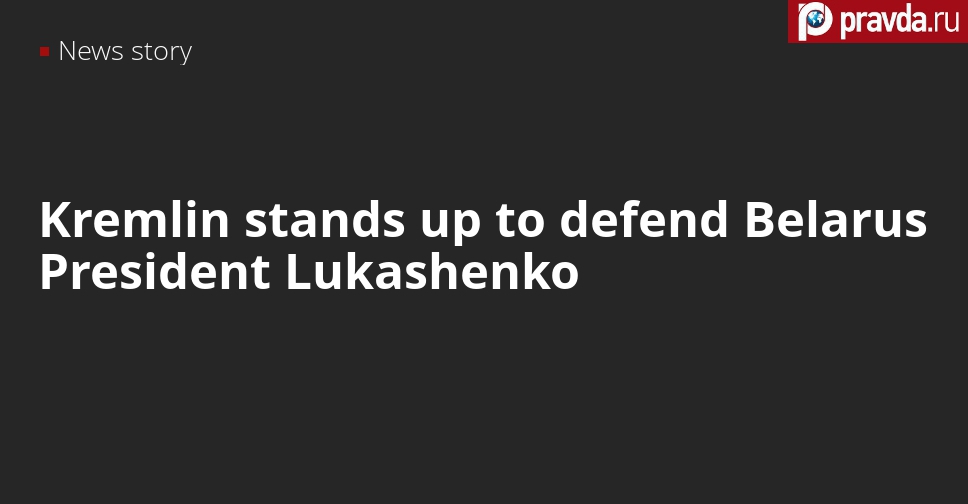 One should not put all the blame on Belarus President Alexander Lukashenko for the crisis with refugees on the border between Belarus and Poland, Kremlin’s official spokesman Dmitry Peskov said to defend the president of Belarus against the attacks that he is facing on the part of Western countries.

According to Peskov, it is not Lukashenko, who started the refugee crisis.


“Yes, they arrive using the visa-free regime, they want to get asylum in Europe, they do not give it to them. They do not let refugees in, but the people who go there, they know that other countries had accepted refugees before,” Dmitry Peskov stated.


On November 14, US Secretary of State Anthony Blinken said in a conversation with his Polish counterpart Zbigniew Rau said that the migrant crisis in Belarus was an attempt that Lukashenko made to divert attention from Russia’s actions on the border with Ukraine.

Refugees started gathering on the border between Belarus, Latvia, Lithuania and Poland in early November 2021. The crisis escalated on November 8 after several hundreds of people approached the Polish border from the Belarusian side. They do not leave the border zone, some of them tried to enter the territory of Poland, breaking the barbed wire enclosure.

Migrants want to go to Poland