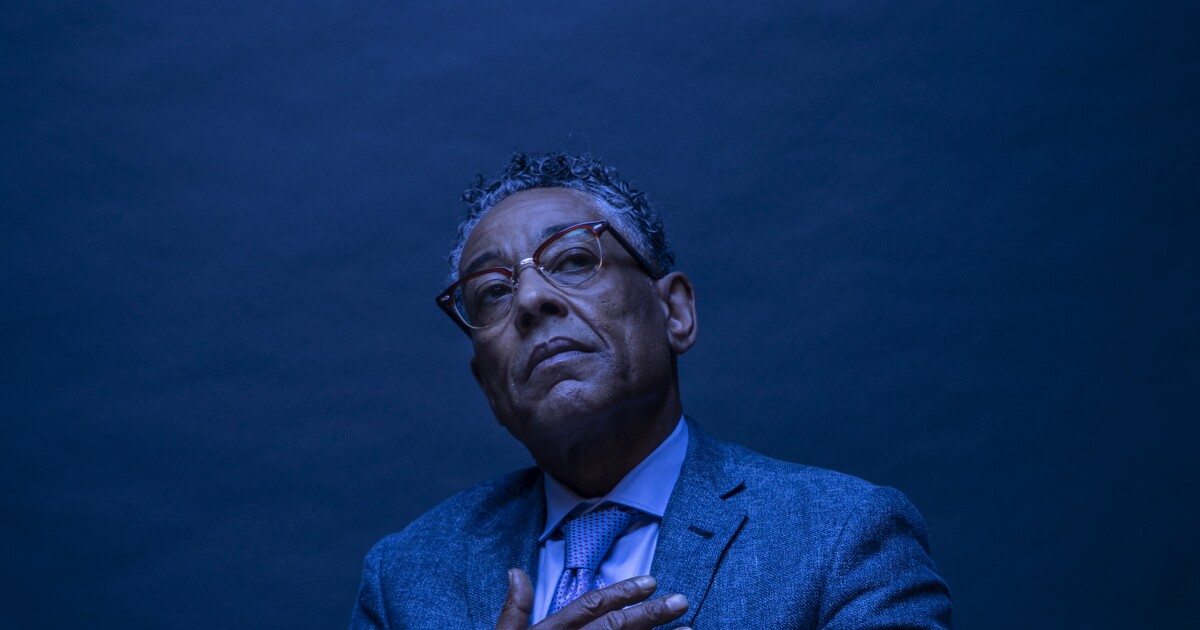 Gus Fring (Giancarlo Esposito), the bone-chilling drug kingpin who first appeared in “Breaking Bad,” does not appear in a single frame of Monday night’s episode of the AMC series’ prequel, “Better Call Saul.” But the Emmy-nominated actor’s presence is still very much felt.

That’s because Esposito shelved his character’s piercing stare and deadpan facial expressions and instead put his behind-the-camera skills on display: “Axe and Grind,” the sixth episode of the show’s final season, marks his TV directorial debut. (Esposito isn’t a newcomer to directing, though. He’s also helmed two feature films, “Gospel Hill” in 2008 and “The Show” in 2017.)

It’s only the second time in 56 episodes that a member of its cast has sat in the director’s chair — earlier this season Rhea Seehorn became the first with “Hit and Run.”

The Times spoke to Esposito about what went into his return to directing, how he shot that intense Lalo Salamanca scene, and what his experience as a first-time TV director was like. The following interview has been condensed and edited for clarity.

What made you want to get back into the director’s chair, and why now?

To direct well is to direct in a way that allows the audience to see themselves within the story, create tension, create distance and create closeness — all of that in a visual way, not just speaking. As an actor, you speak a lot. Yeah, for Gus, he says less, and his physicality and motions demonstrate what’s really going on for him: i.e., the elevator scene back in “Breaking Bad” [Season 4, Episode 8] where he’s come back from an interview with the FBI and you see his fingers tapping together. Johan [Renck], who shot that episode, was like, “You’re doing something very incredible. What are you thinking? You’re doing this thing with your fingers. I love this, I’m going to get this.”

That’s when creativity and direction meet, and I wanted to be cognizant that that could happen in my episode with an actor if I observed them properly. Rhea [Seehorn] and Bob [Odenkirk] are certainly pretty incredible. I saw both of them do things that I wanted to capture with the camera because they were indicative of what the character was doing. I had a couple of moments like that with both of those actors where I shot it a certain way because of what they were doing physically to enhance the story in a different way.

How and when did the idea of you directing an episode come about?

Esposito: The idea came up for me when I was doing “Breaking Bad.” But it never happened. It took 10 years. I asked once and never asked again.

I got a phone call before we were supposed to start this season, “Would you like to direct an episode?” It was [series co-creator] Peter [Gould], [producer] Melissa Bernsteinand [co-creator] Vince [Gilligan]. I screamed at the top of my lungs, and I said, “Thank you. Thank you. Thank you. Of course, it would be an honor and a pleasure.” And then there were conversations about how to do it and in those conversations, it takes a village.

I remember on a Zoom call with 20 people Peter [Gould] asked me a question and I took a deep breath, and my instinct was, “Start talking.” But I didn’t. Everyone was just waiting for me to talk. I said, “Peter, I don’t know. That’s a great question. I have no idea.” [Laughs] I wanted to BS. I’m a good actor. I can BS really well. But instead I said, “I really don’t know, but let’s find out.” That moment released me, because look, these guys are geniuses. I’m not a genius yet. I’m still working on it, baby. [Laughs] But I got something to share, I got something to offer, but I don’t walk around like I do. That allowed me to gain an education and to start to know. It was a beautiful, beautiful moment.

Let’s discuss some specifics regarding the episode. Can you talk to me about that thrilling scene between Lalo (Tony Dalton) and Casper (Stefan Kapičić) in Germany?

Esposito: I wanted it to feel like Lalo’s going to bite it. One moment in time, he’s going to eat it and it’s going to be right here. And as Gustavo Fring comes through me that’s what I wanted. “Kill that little rata, kill it now.” [Laughs]. I wanted the audience to feel like, “Oh my God, he’s gone.” I wanted us to feel the danger.

There’s someone there, [you] just see a figure and then parting the trees, there’s Lalo. It was so great to work with Tony Dalton, he is a master actor who plays a villainous character with such incredible ease and grace and aplomb. He puts you at ease, he disarms you.

It was wonderful to have the opportunity to create that juxtaposition of energy and then to get inside and feel Hitchcockian, feel partly Sam Peckinpah, feel as if something’s about to happen but we don’t know what — and then, when it happens, it happens in a different way than we expected. That was a great opportunity for me as someone who doesn’t often get a chance to direct edgy, violent moments. It was really one of the highlights of the episode for me.

I loved directing this particular piece too because it made us believe that Germany does exist wherever we may shoot it. We can create what you see and [we] control it in a way that allows you to be taken to another place. That’s what film does for me, that’s what television does for me and that’s what this show does for me.

There are a lot of moving parts in this episode in terms of both the characters’ story threads and their accompanying wide range of emotions — a rare flashback to Kim’s childhood, a heartbreaking moment between Mike and his granddaughter and a tense final moment when Kim ditches her meeting of a lifetime to help Jimmy fix their scam, among others. Can you talk about your approach to balancing all of that?

Esposito: As a director, I do my best to put my ego aside, be humble and be sensitive. The words are there, the story is there. I try to be sensitive to the word: “What are we trying to say in this scene? What’s the intent?”

[Kim’s] earrings play a part in it — you see them when you first meet Kim. Those same earrings have been a mile marker for her whole life and then you get to the end of the episode where she has the whole world in front of her and it’s a tragic, missed moment. But it’s still a decision. I profess to say that Kim Wexler is a better lawyer by far, and a more truthful human being, than Jimmy will ever be.

So what pulls her back from going to that meeting? The idea that she might fail in Albuquerque and leave Jimmy disappointed and dissatisfied when that phone call comes in that the whole thing was set up wrong. “What are we gonna do?’ We’re going to do it anyway.” Right at that moment, her bullheadedness caused her to forget the dream that she always had for herself that probably would take her away from Jimmy and give her the life she always wanted.

These are the things that make this show so good. It’s the connection between who we are right now and who we want to be.