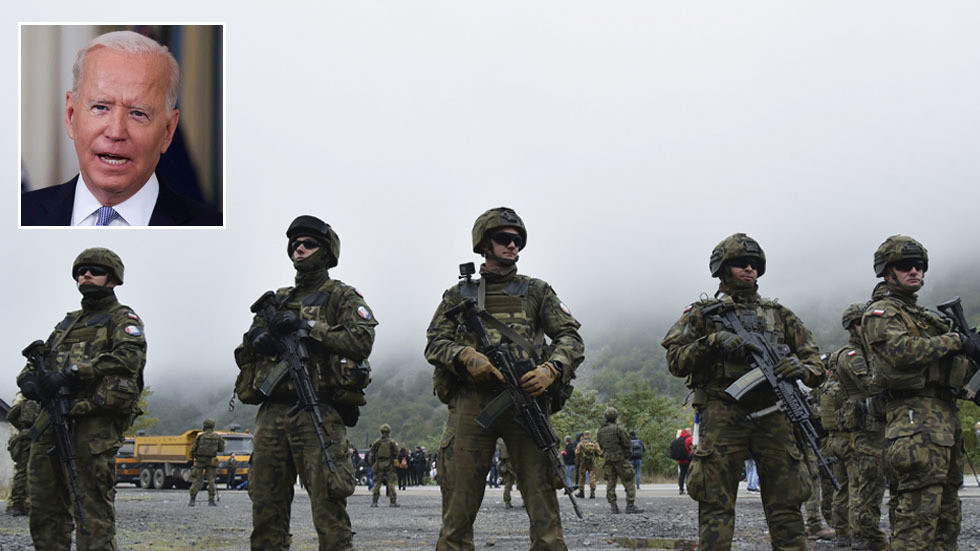 With warnings that fresh tensions between Serbia and Kosovo could unravel the decades-old peace deal that put an end to bloody fighting in the Balkans after the breakup of Yugoslavia, the US is increasingly split on what to do.

Earlier this month, the SOHO forum in New York City hosted a debate between Scott Horton, long-time libertarian and anti-war radio host, and Bill Kristol, the neoconservative thinker and one of the ideological architects of America’s post-9/11 world order. The subject of the debate was US interventionism, its merits and historical record.

Predictably, Kristol offered vague niceties that attempt to recast America’s legacy as that of the “benevolent global hegemony,” a term which he himself coined in 1996 when describing the country’s role in the world. Reflecting on the wars in Iraq, Kristol simultaneously said that America “didn’t push democracy enough” and also “may have been too ambitious.” In short, he acknowledged mistakes were made, which is an admission that would have been unthinkable only a few years ago, and yet still falls short of accountability.

However, whereas American actions in the Middle East leave a lot to be desired for Kristol, he insists that the US intervention in the Yugoslav Wars during the 1990s was a success. As he put it, the Balkans was “one case of a war that was worth it and that I think had pretty good consequences.” As if on cue, the Balkan pot is beginning to boil once again.

Kosovo has been a potential tinderbox in Southern Europe ever since the end of the war of 1998/1999. A recent row with Serbia, from which it unilaterally declared independence, has led to a new escalation in tensions.

The EU mediated a temporary fix in September that involves covering up national insignia on license plates with stickers, until a special working group in Brussels determines a more permanent solution sometime within the next six months. Whether this will be sufficient in bringing about immediate calm remains to be seen, however. Since then, further clashes have erupted between police and protesters near Mitrovica.

Russia’s Foreign Ministry has condemned the use of violence by Kosovo police against ethnic Serbs. Foreign Minister Sergey Lavrov met with Serbian President Aleksandar Vucic in mid-October, calling for talks between Pristina and Belgrade and a diplomatic solution to be respected by all sides.

As the situation heated up, NATO quickly ramped up patrols throughout Kosovo, including the North. “KFOR [Kosovo Force] will maintain a temporary robust and agile presence in the area,” the US-led military bloc said in an official statement earlier this month, intended to support the implementation of the EU-brokered solution. Last week, Kosovo’s Minister of Defense Armend Mehaj flew to Washington to meet with Under Secretary of Defense for Policy Dr. Colin Kahl at the Pentagon. The subject of the discussions was “bilateral security cooperation priorities.”

These moves are only the latest instance of US-led posturing in Kosovo. It was with American support that Kosovo launched its campaign for international recognition in 2008. Many major countries, representing most of the world’s population — including Russia, China, and India — have not recognized it as a sovereign state. Kosovo’s persistent claim to independence is what makes an issue as seemingly benign as license plates a question of war and peace.


In the background is still the 1999 Kosovo War, which was the site of NATO’s infamous bombing campaign against Serbia that led to the deaths of at least 489 civilians, according to Human Rights Watch. In April of 1999, NATO deliberately targeted Serbia’s Radio Television station, killing 16 civilians, according to Amnesty International. At one point, the US “mistakenly” bombed the Chinese embassy in Belgrade, killing three and wounding some 20 more, in what turned out to be the only target picked by the CIA over the course of the war.

To this day, the US maintains a military base, Camp Bondsteel, near Urosevac, Kosovo, as part of the international Kosovo Force (KFOR).

Two states in one

To the west, Bosnia and Herzegovina (BiH) has also reappeared in international news coverage. Against the backdrop of the EU’s Western Balkan Summit in early October, the Bosnian Serb leader Milorad Dodik said last week that the parliament of the Serb Republic, one of two entities that together make up BiH, would soon vote to undo some of BiH’s state institutions. He included the military, the High Judicial and Prosecutorial Council (HJPC) and the tax administration. These and others were established after the signing of the 1995 Dayton Peace accords and are not enshrined in the constitution.

Dodik wants an independent Serb Republic without compromising the territorial integrity of BiH, and he claims he has the support of seven EU member states, though he has not said which ones.

The genesis of Bosnia and Herzegovina’s recent headache is an amendment to the Criminal Code that makes various forms of inflammatory speech a punishable offense. The law was enacted in July of this year by the Office of the High Representative, an international “viceroy” with the power to impose binding decisions and remove public officials.

Also on rt.com
EU’s snub of Balkan nations exposes once and for all the myth of so-called ‘European unity’


Russia has maintained that this appointed position is outdated, with a statement from the Foreign Ministry saying it was high time to “scale down the institute of foreign oversight over Bosnia-Herzegovina, which only creates problems and undermines peace and stability in that country.” Moscow also remains critical of attempts to integrate the country into NATO, insisting there is no consensus among the people of Bosnia and Herzegovina when it comes to joining the US-led bloc.

Playing to a different tune, already last month Washington tried to reprimand Dodik for his “secessionist rhetoric.” In a meeting just a few weeks ago, US Deputy Assistant Secretary of State Gabriel Escobar warned of “nothing but isolation and economic despair” for the people of the Serb Republic. According to a transcript that Dodik shared with the press, he told Escobar that he doesn’t “give a damn about sanctions,” adding, “I’ve known that before. If you want to talk to me, don’t threaten me.”

In the US, various Balkan-American organizations have released a joint statement calling on Congress and the Biden administration “to immediately initiate steps to rebuff the attempts by the government of Serbia to unravel the region’s peace and security.” Citing both aforementioned developments in Kosovo and the Serb Republic of Bosnia and Herzegovina, the statement demands a reinvigoration of “NATO enlargement as a priority for the region.” It suggests that what’s at stake in the Balkans is America’s legacy: “America invested too much of its own resources into this region to allow revanchist actors to decimate nearly a quarter century of progress.”

However, what does America investing its resources actually look like? In early 1992, before the war that scarred Bosnia and Herzegovina, all parties involved had already come to an agreement, the Carrington–Cutileiro plan, to divide Bosnia and Herzegovina into cantons along Serb, Croat, and Bosniak lines.

Also on rt.com
EU chief tells Balkans they are ‘one family’ despite Germany refusing to set date to grant those countries membership of the bloc


At the last minute, however, the then-US ambassador to Yugoslavia, Warren Zimmermann, met with the leader of the Bosniak majority, Alija Izetbegovic, in Sarajevo, reportedly promising him full recognition of a single Bosnia and Herzegovina. Izetbegovic promptly withdrew his signature from the partition agreement, and shortly thereafter the US and its European allies recognized Izetbegovic’s state. War ensued a month later, in April 1992. The US eventually worked its way back to new partition negotiations that echoed the talks held prior.

As the New York Times reported in 1993, “tens of thousands of deaths later, the United States is urging the leaders of the three Bosnian factions to accept a partition agreement similar to the one Washington opposed in 1992.”

Zimmermann is quoted as saying at the time that “Our hope was the Serbs would hold off if it was clear Bosnia had the recognition of Western countries. It turned out we were wrong.”

Returning to the Horton-Kristol debate from earlier, Horton cited America’s underhanded opposition to the Carrington-Cutileiro plan, and the devastating consequences, as a case in point of US interventions impeding, rather than promoting, peace and stability.

President Joe Biden declared at the start of his administration that “America is back.” Taking a look at the history of US interventions, this could spell trouble for the Balkans.