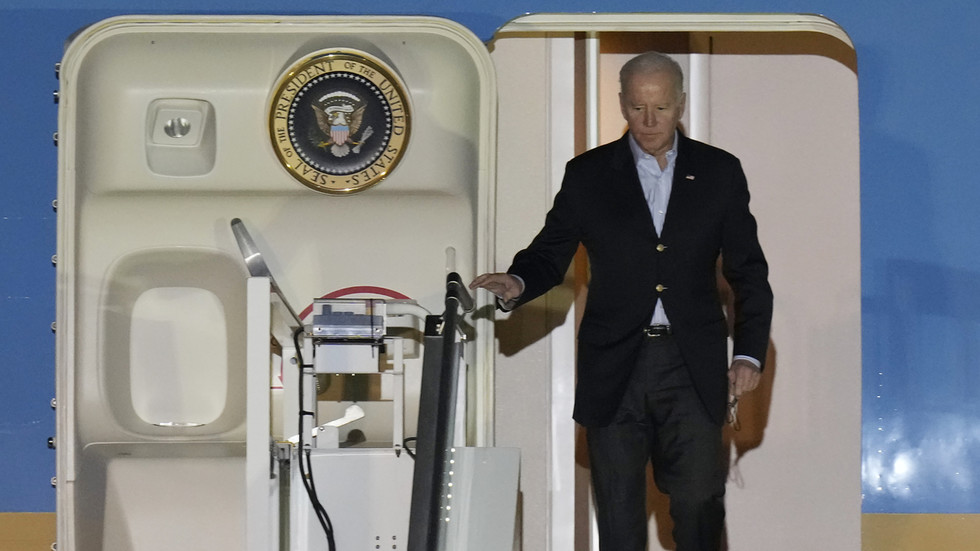 US President Joe Biden is planning to meet with two Ukrainian ministers in the Polish capital Warsaw on Saturday, the White House has announced.

Ukrainian Foreign Minister Dmytro Kuleba and Defense Minister  Alexey Reznikov are expected to travel to Warsaw on the day for talks with US Secretary of State Antony Blinken and US Defense Secretary Lloyd Austin. And Biden is going to “drop by” that meeting, according to the White House.

It will be the US leader’s first sitdown with top officials from Kiev since Russia started its military operation in Ukraine a month ago.

Biden will conclude his two-day visit to Poland on Saturday, having traveled to the country following a summit of EU and NATO leaders in Brussels.


Before he leaves, he’s also expected to meet Polish officials, visit a refugee reception center, and deliver a speech on the conflict in Ukraine.

Russia sent troops to its neighboring country in late February following a seven-year standoff over Kiev’s failure to implement the terms of the Minsk agreements, and Moscow’s eventual recognition of the breakaway Donbass republics of Donetsk and Lugansk. The German- and French-brokered Minsk Protocol was designed to regularize the status of the regions within the Ukrainian state.

Russia has demanded that Ukraine officially declare itself a neutral country that will never join NATO. Another goal of the military operation is to “denazify” the country, according to Moscow. Kiev insists the Russian offensive was completely unprovoked and has denied claims it had been planning to retake the two republics by force.