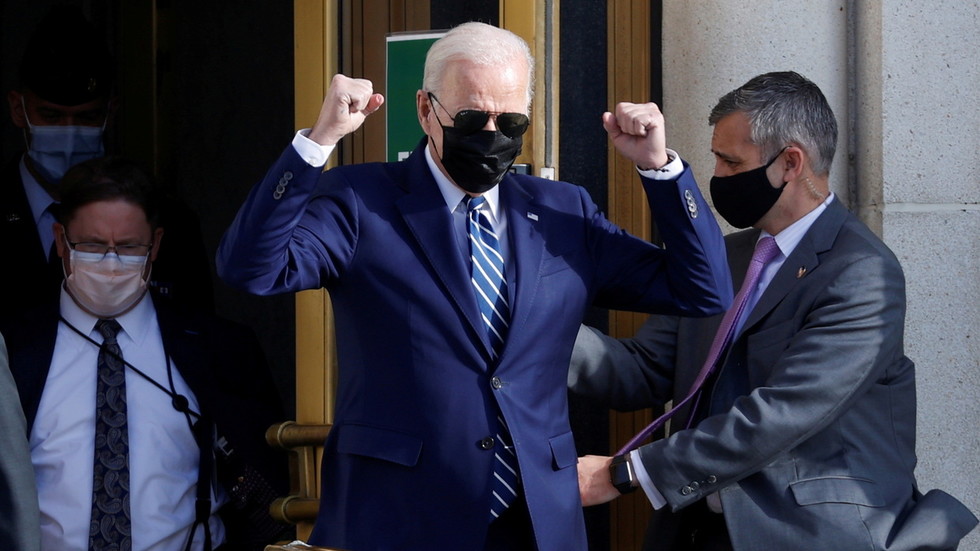 US President Joe Biden is taking multiple medications but is otherwise healthy, said his long-time personal doctor, adding that Biden does not suffer from any severe neurological conditions like multiple sclerosis.

“President Biden remains a healthy, vigorous, 78-year-old male, who is fit to successfully execute the duties of the Presidency, to include those as Chief Executive, Head of State and Commander in Chief,” Dr. Kevin C. O’Connor said on Friday after the US president underwent a detailed medical exam.

O’Connor has been Biden’s physician since 2009, when he was Barack Obama’s vice-president. In a letter released by the White House, he revealed that Biden doesn’t drink or smoke, exercises five times a week, and has no trace of skin cancers that were removed before he was sworn in.


The doctor identified two areas of concern during the examination. Biden’s “increasing frequency and severity of ‘throat clearing’ and coughing during speaking engagements” was chalked up to “gastroesophageal reflux,” which also explains his “occasional cough and sinus congestion,” the letter said.

As for Biden’s gait, which is “perceptibly stiffer and less fluid” than it was a year or so ago, that is due to “a number of orthopedic and sports injuries over the years” as well as wear and tear to his spine as a result of old age.

An “extremely detailed” neurological exam showed “no findings which would be consistent with any cerebellar or other central neurological disorder, such as stroke, multiple sclerosis, Parkinson’s or ascending lateral sclerosis.”

It did turn up “mild sensory neuropathy of both feet,” but no signs of diabetes or thyroid problems that normally cause this. The foot he broke last November in a dog-related incident “has healed nicely.”

Biden has atrial fibrillation (A-fib), the most common form of heart arrhythmia, but “remains completely asymptomatic.”

O’Connor named five medications Biden is presently on, including the anticoagulant Eliquis, the statin Crestor, acid reflux drug Pepcid, as well as Allegra and Dymista for seasonal allergies.

Biden turns 79 on Saturday. For the hour or so he was undergoing examinations, he transferred presidential powers to Vice President Kamala Harris.