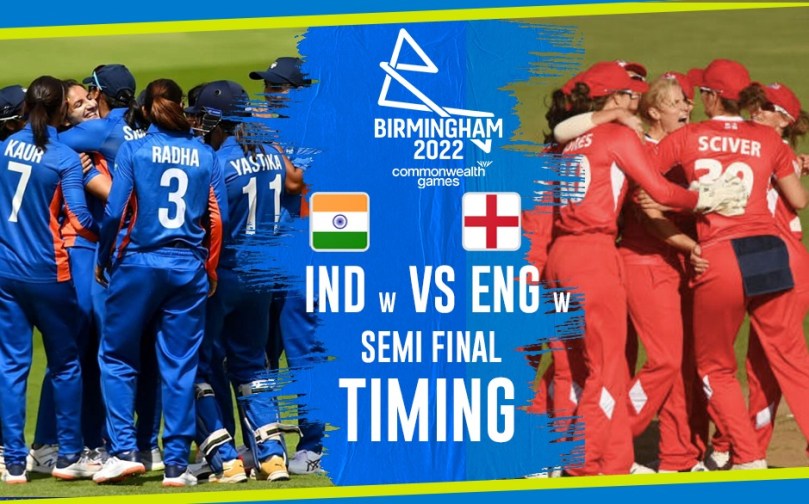 IND-W vs ENG-W Semifinal Live: CWG 2022 Cricket – India batting first: India Women will lock horns with England Women in the ongoing Commonwealth Games. The all-important semi-final was originally supposed to play on Saturday (August 06) at 3:30 PM. The CWG Organizers have though made a big change in the time for both the semi-finals games. The first semi-final will be played between Australia and New Zealand, while the second one will see India clash against England. Follow IND-W vs ENG-W Live Updates with InsideSport.IN.

Confirmation that the #B2022 semi finals on Saturday will be:

IND-W vs ENG-W Semifinal Live: Why the CWG organizers have made a change in timings?