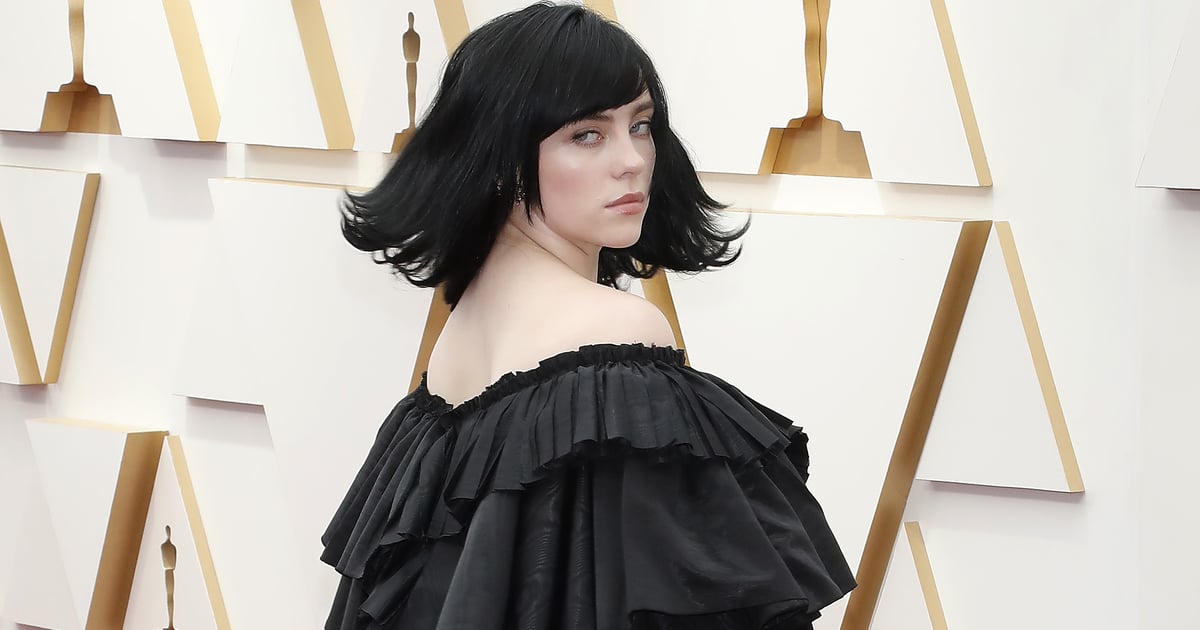 Billie Eilish stuck to an all-black color palette at the Oscars, walking the red carpet in a custom Gucci moiré off-the-shoulder gown with pleated ruffles that cascaded down to the floor. She teamed the dress with mesh tights, vegan patent-leather platform boots by Demonia, and star-shaped diamond earrings and rings. It’s no surprise Eilish wore Gucci; she’s a muse of the fashion house and friends with designer Alessandro Michele. But while her Gucci looks usually garner praise, this time, fashion critics placed her on their “worst dressed” lists.

Eilish has always been candid about her decision to wear whatever she wants — whether that’s a loose-fitting tracksuit or a tight corset — so true to form, she let her TikTok followers know exactly how she feels about the criticism. Sitting on the toilet, the 20-year-old singer saluted user Kolten Kephart’s harsh critique with a peace sign and a middle finger. “i HAVEN’T had enough of my sh*t. i am sh*tting right now,” she wrote underneath the clip. Fans were quick to support the star, leaving comments like “OKAY BUT REVIEW HIS OUTFIT NEXT,” “WHO GOT THE OSCAR THOOOOO,” and “YOU LOOKED STUNNING.” Entertainment company Lionsgate even endorsed her response, writing, “great rebuttal billie.”

After walking the red carpet on Oscars night, Eilish went on to perform “No Time to Die” with brother Finneas, and the pair then picked up their first Academy Awards for the James Bond theme song. The singer/songwriter accepted the Oscar in black silk coordinates consisting of an oversize button-down and wide-leg trousers.

She later capped off her evening at the Vanity Fair afterparty, where she accessorized her bow-front Simone Rocha minidress with lace-up, knee-high boots and the golden hardware she won at the ceremony. Throughout the night, her looks consistently reflected her relaxed personal style, and frankly, that’s all that matters — along with the fact that she’s rightfully on her way to EGOT status.