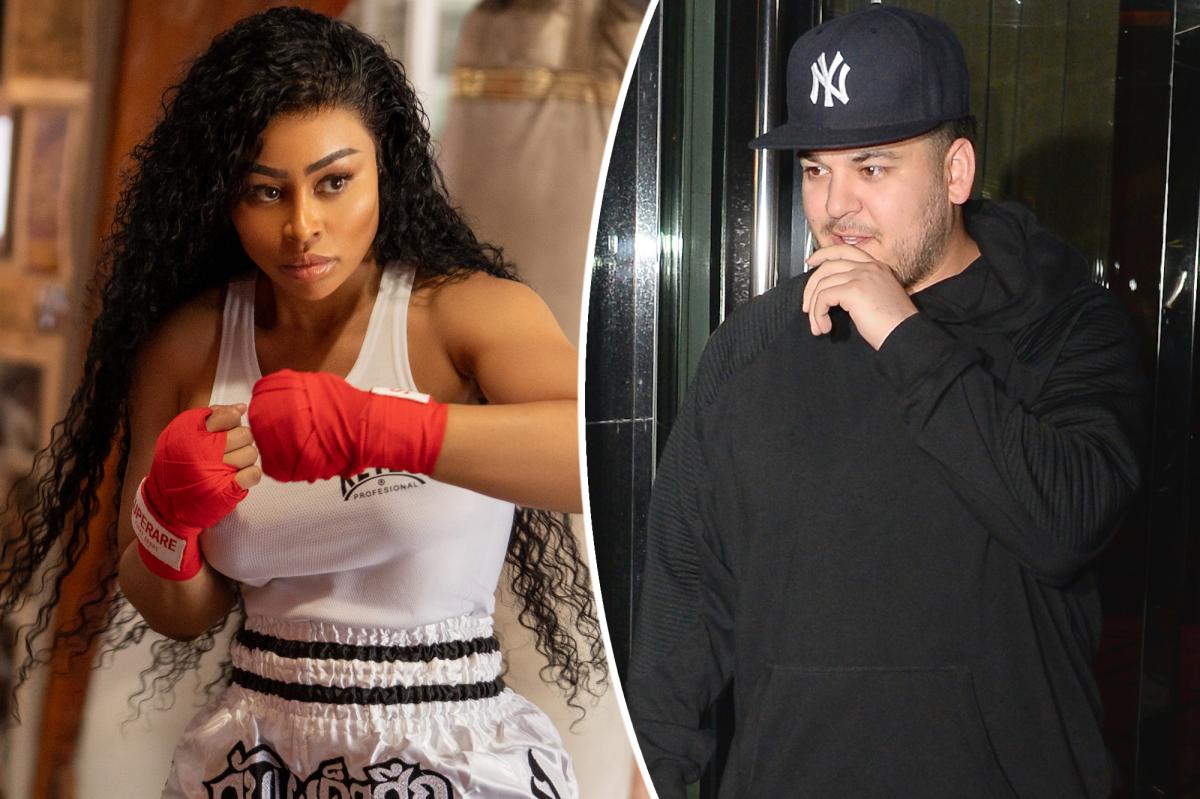 Blac Chyna feels prepared to fight ex-fiancé Rob Kardashian in court — especially after she dukes it out in a charity boxing match this weekend.

“She is ready to face Rob in court and just wants to get past this nightmare,” a source exclusively tells Page Six.

“But right now her focus is on her children and the fight to raise money for the animals.”

The 34-year-old mom of two is squaring off against Instagram model Alysia Magen at Damon Feldman’s Celebrity Boxing event at the Charles Dodge Center in Pembroke Pines, Fla., on Saturday.

UFC champ Rashad Evans will play referee, while rapper Flavor Flav will serve as ring announcer. Chyna’s participation in the event will benefit the Pasadena Humane society. This, of course, won’t be her only public battle this month.

After losing a lengthy legal war with the Kardashian-Jenners over claims that the family used their influence to tarnish Chyna’s reputation and cancel a second season of “Rob & Chyna,” the former E! star will spar with just Rob, 35, in a new trial that has been scheduled to begin June 13.

“She wanted to settle, but Rob has made things impossible. He continues to offer very little for what he has put her through,” the insider adds, addressing claims made this week by Rob and his legal team that Chyna backed out of a pre-discussed settlement.

Despite her ongoing drama with Rob, Chyna tells Page Six that she has maintained a positive outlook thanks to her new love of boxing.

“I loved training for this so much that I have decided I’m not going to stop after this fight,” says the Lashed Cosmetics founder, who shares son King, 9, and daughter Dream, 5, with exes Tyga and Rob, respectively.

“I’ve seen my kids do some training and I’d like to do it as a family,” she continues. “We have little punching bags at home and they have their own little gloves. It’s so cute!”

Chyna says she hopes to inspire her children through her athletic endeavors.

“I loved training for this so much that I have decided I’m not going to stop after this fight,” Chyna tells Page Six.

“I loved training for this so much that I have decided I’m not going to stop after this fight,” Chyna tells Page Six.

“I express my thanks to the Ventura County Sheriff’s Department…

“I want my kids to see my strength and build their own strength in their life,” she tells us. “I’m also just really excited about the fight on Saturday because I’m doing this for a charity that means a lot to me.”

Another bonus? Chyna says that clocking in sessions with boxing pro Tamara Frapasella — who memorably “beat” Kim Kardashian on a Season 4 episode of “Keeping Up With the Kardashians” — has helped her get in the “best shape” of her life.

In photos exclusively obtained by Page Six, the “Doom” rapper looks like a total knockout as she flaunts her fit frame in a white tank top and matching shorts during practice with Fortune.

“I lost 11 pounds,” she enthuses. “I’m just a little smaller, but dynamite comes in small packages.”