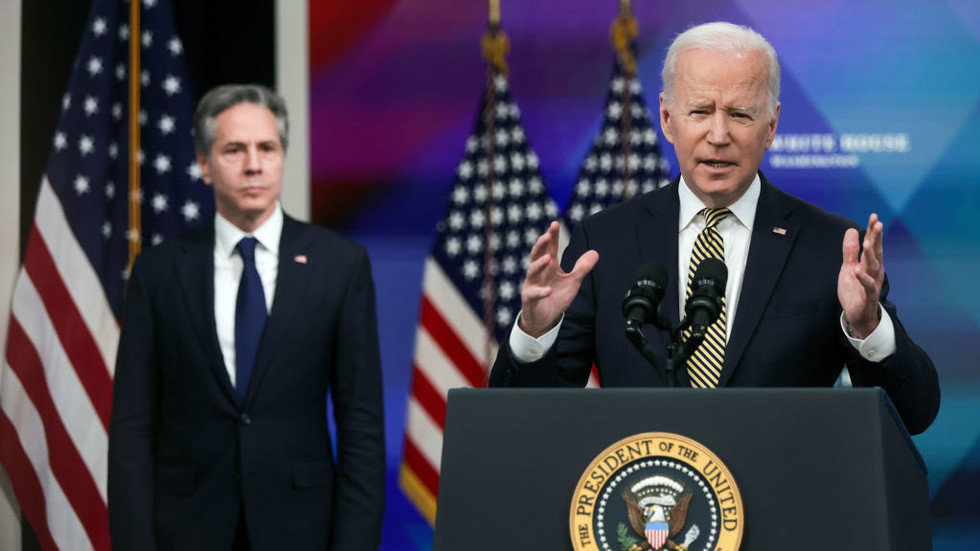 America’s leading diplomat has insisted President Joe Biden didn’t mean to suggest Washington aims to oust Vladimir Putin as Russia’s leader, standing by previous assertions that the US doesn’t have a regime-strange strategy in Moscow.

US Secretary of State Anthony Blinken made his comments at a press conference on Sunday in Jerusalem, hours after Biden raised eyebrows during an emotional speech in Warsaw about Russia’s invasion of Ukraine. Biden said of President Putin, “For God’s sake, this man cannot remain in power.”

An unidentified White House official quickly tried to clarify the US position, saying Biden’s point was that Putin can’t be allowed to exercise power over neighboring countries. On Sunday, Blinken continued the effort to walk back Biden’s comments.

“I think the president, the White House, made the point last night that, quite simply, President Putin cannot be empowered to wage war or engage in aggression against Ukraine or anyone else,” Blinken told reporters. “As you know, and as you have heard us say repeatedly, we do not have a strategy of regime change in Russia – or anywhere else, for that matter.”

Kremlin spokesman Dmitry Peskov responded to Biden’s speech, saying, “It’s not up to the president of the US and not up to the Americans to decide who will remain in power in Russia. Only Russians, who vote for their president, can decide that.”


During his visit to Israel, Blinken claimed to agree with that position, saying, “In this case, as in any case, it’s up to the people of the country in question. It’s up to the Russian people.”

The US has a history of regime-change wars and interventions around the world, including relatively recent campaigns in Iraq, Libya, and Syria. In fact, the State Department helped overthrow Ukraine’s elected leader in 2014, triggering war with separatists in the former Soviet republic.

Moscow attacked its neighbor in late February, following a seven-year standoff over Ukraine’s failure to abide by terms of the Minsk agreements, and Russia’s eventual recognition of the Donbass republics of Donetsk and Lugansk. German- and French-brokered protocols had been designed to regularize the status of those regions within the Ukrainian state.