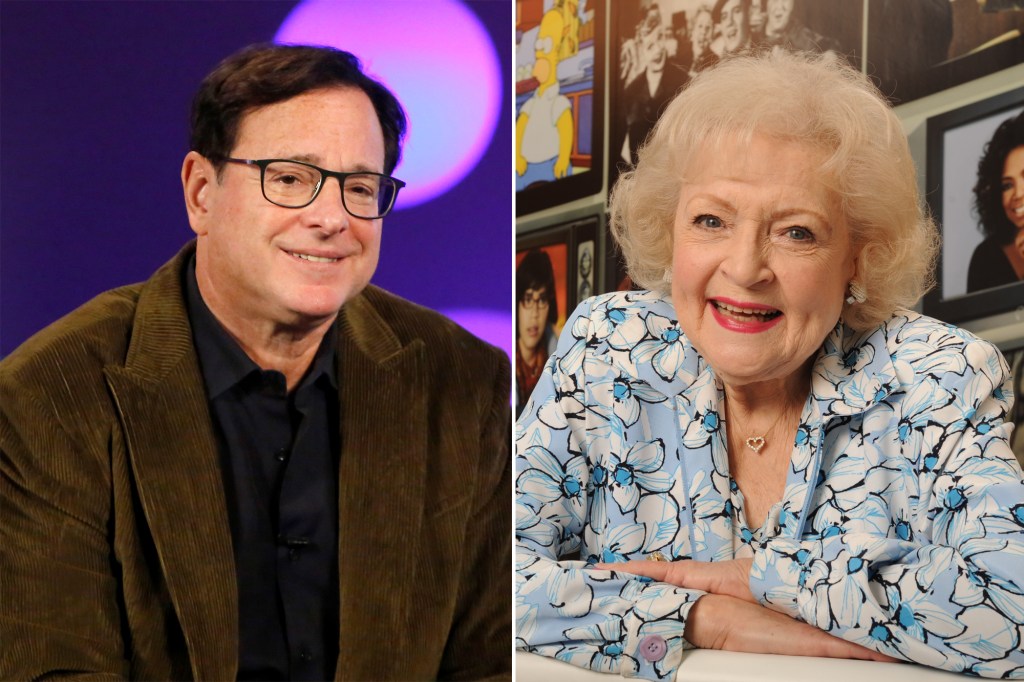 From one icon to another.

Bob Saget paid tribute to the late Betty White on Dec. 31 — just a few days before his own untimely passing.

The “Full House” star was found dead on Jan. 9 in his Orlando hotel room, authorities said. He was 65 and his cause of death has not been released.

White died on New Year’s Eve at the age of 99, just shy a few days of becoming a centenarian, from natural causes.

Saget posted a lengthy and heartwarming tribute to the “Golden Girls” actress on social media at the time.

“Betty White. This amazing woman was exactly who you wanted her to be,” Saget began. “Razor sharp wit, smart, kind, hilarious, sincere, and so full of love.”

The “America’s Funniest Home Videos” host continued, “From the first time I snuck into ‘The Mary Tyler Moore Show’ at 15-years-old and watched her hit everything she said out of the park, to decades later [and] getting to hang out with her on several occasions, I had a small peek into what a remarkable talent and human being Betty was.”

He then recalled a moment he shared with the comedic starlet.

“We were on an ABC jet once for a junket and I was sitting across from her, both of us sipping Bloody Marys,” he wrote. “We had been laughing for hours — I looked into her eyes and faux romantically said, ‘How ‘bout it, Betty, you and me in the bathroom? Mile High Club?’ She answered me before I had a chance to finish the invite — ‘Of course, Bob, you go in there first and I’ll meet you as soon as I finish my drink.’”

“And then of course she went right to sipping from her straw. I waited in that bathroom for over two hours. That would be the joke on a joke part, in case you take things literally,” Saget said.

“She always said the love of her life was her husband, Allen Ludden, who she lost in 1981. Well, if things work out by Betty’s design — in the afterlife, they are reunited,” the father of three continued. “I don’t know what happens when we die, but if Betty says you get to be with the love of your life, then I happily defer to Betty on this.”

He concluded his post, “My deepest condolences to her family and friends. Betty White. My God, we will miss you.”

However, it wasn’t Saget’s last Instagram post ever. In his final words on social media, the comedy legend wrote about his last-ever show at Ponte Vedra Concert Hall in Jacksonville.

“I’m back in comedy like I was when I was 26. I guess I’m finding my new voice and loving every moment of it,” he wrote, promoting dates for Jan. 28 and 29 shows. “Goin’ everywhere until I get the special shot. And then probably keep going cause I’m addicted to this shit. Peace out.”