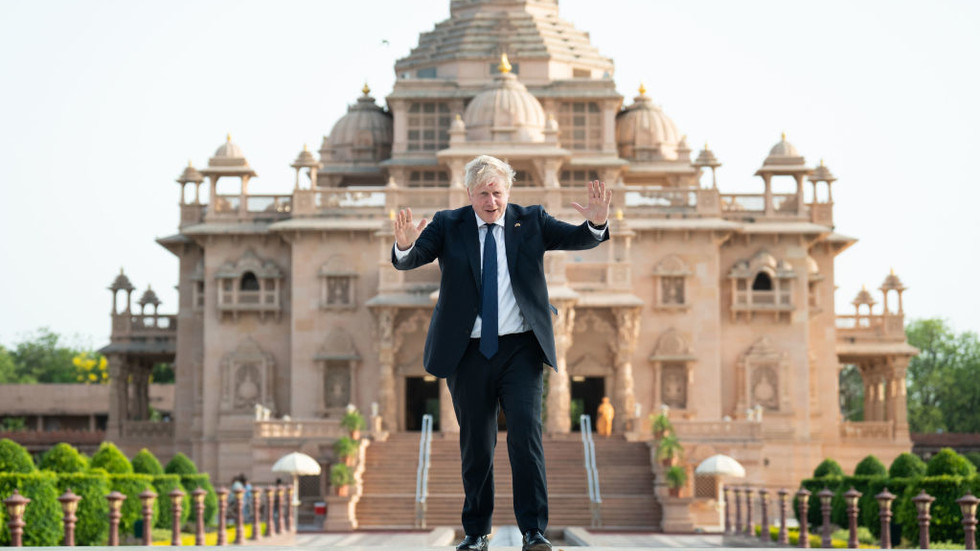 The UK House of Commons voted unanimously on Thursday to investigate UK premier Boris Johnson over allegations that he “misled” Parliament. The inquiry concerns statements he made in December about illegal Downing Street parties that flouted pandemic-era lockdown rules.

Convention holds that if a UK prime minister is found to have “misled” Parliament, he will be expected to step down.

Johnson’s fellow Conservatives were given a “free vote,” meaning instructed to vote with their conscience, or not at all, on whether to launch the investigation.

A proposed amendment to delay the inquiry was withdrawn on Thursday when it met resistance from Conservatives like MP William Wrag, who said “it is utterly depressing to be asked to defend the indefensible” and that Conservatives “must be seen to do the right thing.”

“We each only have our own limited and imperfect integrity, we can’t keep spending it on others who we cannot be sure won’t let us down,” he added. He called membership in Parliament a “singular honor” and said the legislature should strive to remain “reasonably honest.”

“I don’t want this thing to endlessly go on. But, I have absolutely nothing, frankly, to hide,” Johnson told Sky News on Wednesday during a previously scheduled visit to India ahead of the vote.


Back in December, Johnson had repeatedly told MPs that “all guidance” was followed and “no rules broken” at the covid-era gatherings. Johnson admitted in January that he’d attended one in May of 2020, and last Tuesday received a fine for attendance at his own birthday party in June 2020, along with wife Carrie Johnson and Chancellor of the Exchequer Rishi Sunak. His fine marked the first time in history that the UK had penalized a sitting prime minister for breaking the law.

Johnson apologized to Parliament on April 19 for violating the lockdown rules but claimed that he did so out of ignorance. Fellow Conservative Mark Harper reacted by issuing a vote of no confidence. Harper joined a growing list of MPs of the ruling Conservative Party who have joined opposition voices to call on the Prime Minister to resign, some from as early as January.

Johnson has said he had construed the gatherings as “work” functions and thought them exempt from the lockdown rules. At the time, Covid-19 regulations made it illegal for people to meet more than one person outside their households, cutting millions off from in-person contact with friends and family and forbidding visits to sick and dying patients in hospitals.

An April 12 poll by data analytics company YouGov found that fewer than one in four Britons believe that he didn’t knowingly break the lockdown rules. More than half of respondents said they think the PM should resign.