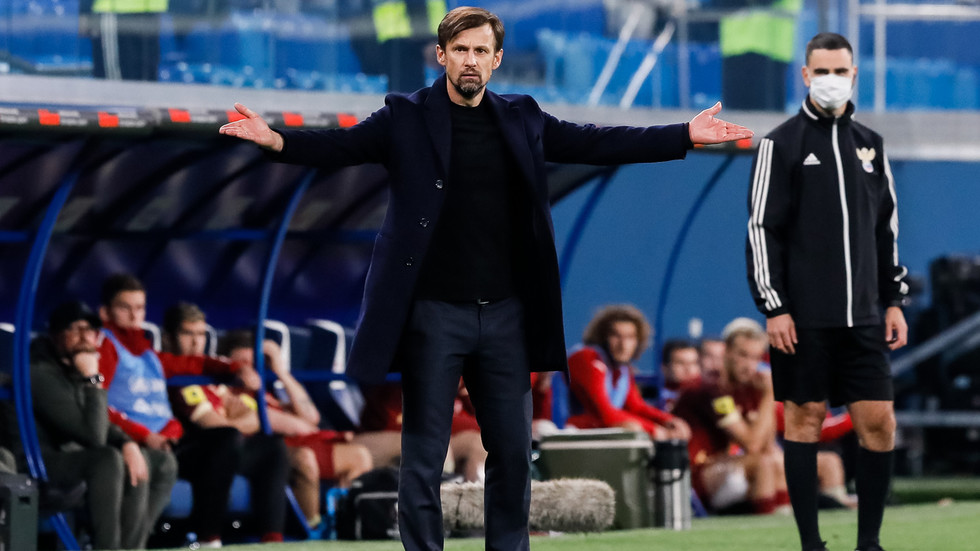 Zenit St. Petersburg manager Sergey Semak says the ban imposed by European governing body UEFA is “sad and unpleasant” as the Russian title winners are set to be deprived of Champions League football next season.

UEFA unveiled new sanctions last week which will rule Russian clubs and national teams out of all competitions held by the organization in the 2022/23 season because of the conflict in Ukraine.

Zenit wrapped up a fourth successive Russian Premier League title at the weekend, but will not have the usual reward of playing in Europe’s elite club competition.

Instead, their automatic place in the Champions League group stage will go to the winners of the Scottish top tier, most likely to be Celtic.

“There are things that are out of our control. Of course, it’s sad and unpleasant. Not only Zenit should play [in Europe], but other [Russian] clubs and the national team,” said Semak, 46, at a press conference on Thursday.

“But we have to focus on what depends on us. We have to train and perform our duties.”


Russian outlet Sport-Express has said the football authorities in the country are considering organizing an alternative domestic tournament to compensate for the lack of European action.

When asked about a Russian alternative as a makeshift to continental competition, Semak said he was in the dark.

“I don’t understand how it will be from the point of view of the organization. The calendar and the limit have not been approved. As soon as there are introductory steps, we will understand,” said the Zenit boss, who is a former playing star the Russian club as well as French giants PSG.

“Most likely, we won’t be able to play during the breaks for the national teams. Some clubs will have international players. There are many nuances, they will need to be addressed.”

After UEFA imposed its latest ban on Russia, speculation has been reignited that the Russian Football Union (RFU) could turn its back on the organization and seek to join the Asian Football Confederation (AFC).

That notion has gained support from some quarters, although honorary RFU president Vyacheslav Koloskov claimed it would signal the “death” of Russian football.


UEFA’s sanctions mean Russia is set to slip down the organization’s ‘coefficient’ table, likely having an impact on how many spots Russian clubs are allocated in future European competitions – if and when the ban is lifted.

At international level, the Russian men’s team has been barred from the upcoming UEFA Nations League, while the women’s team have been removed from the European Championship in England this summer.

The RFU has appealed the bans by UEFA and FIFA with the Court of Arbitration for Sport (CAS) in Switzerland, with a final decision still pending in the case.

Gazprom-backed Zenit were the last Russian club to taste title success in Europe when they won the Europa League (then known as the UEFA Cup) back in 2008, going on to beat Champions League winners Manchester United in the UEFA Super Cup final.

Zenit were due to host the 2022 Champions League final in May at their 68,000-seater Gazprom Arena home, but UEFA stripped Russia of the showpiece at the outset of the conflict with Ukraine. Instead, the match has been moved to the Stade de France in Paris.