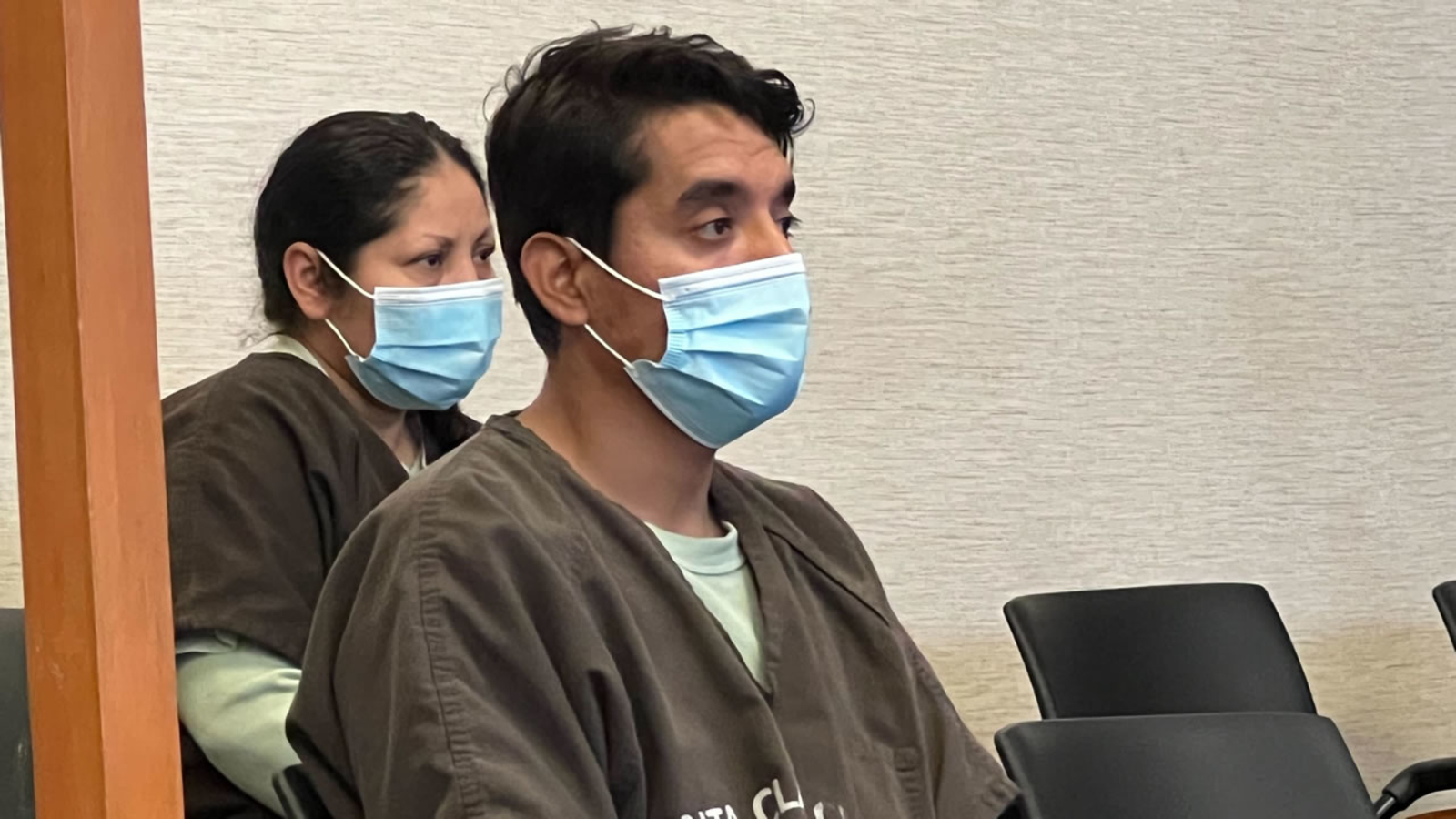 Additional kidnapping charges were announced against suspects Yesenia Ramirez and Jose Roman Portillo during a press conference with the deputy DA.

The suspects allegedly tried to take the child on at least three other occasions in the weeks before the actual kidnapping, with one of the suspects once posing as a Child Protective Services worker, the DA says.

According to the DA, about a month and a half before the kidnapping, a man showed up at the 3-month-old’s home and identified himself as CPS worker.

The family called CPS, who said that they had not sent anyone to the home to take Brandon.

The “CPS worker” reportedly then left when the family did not give him Brandon. The DA says an investigation showed that Portillo was the “CPS worker.”

Ramirez was reportedly at the victim’s home when this happened.

The investigation also uncovered that Ramirez and Portillo allegedly planned to kidnap Brandon at a Walmart twice, once on March 28 and the other time in the morning on the day of the actual kidnapping. In the first attempt, they were reportedly unable to switch shopping carts in order for Portillo to leave the store with the baby, and on the second attempt, they were reportedly unable to distract his grandmother.

The motive for the crime remains under investigation.

The kidnapping last month sparked a frantic search for the child, who was taken by a man carrying a car seat while his grandmother was unloading groceries outside her San Jose home. That man was identified by police as Portillo.

Portillo was allegedly working with the grandmother’s friend, Ramirez, who was with Brandon’s grandmother her Walmart and helping take care of Brandon that day.

The video in the media player above is from a previous report.