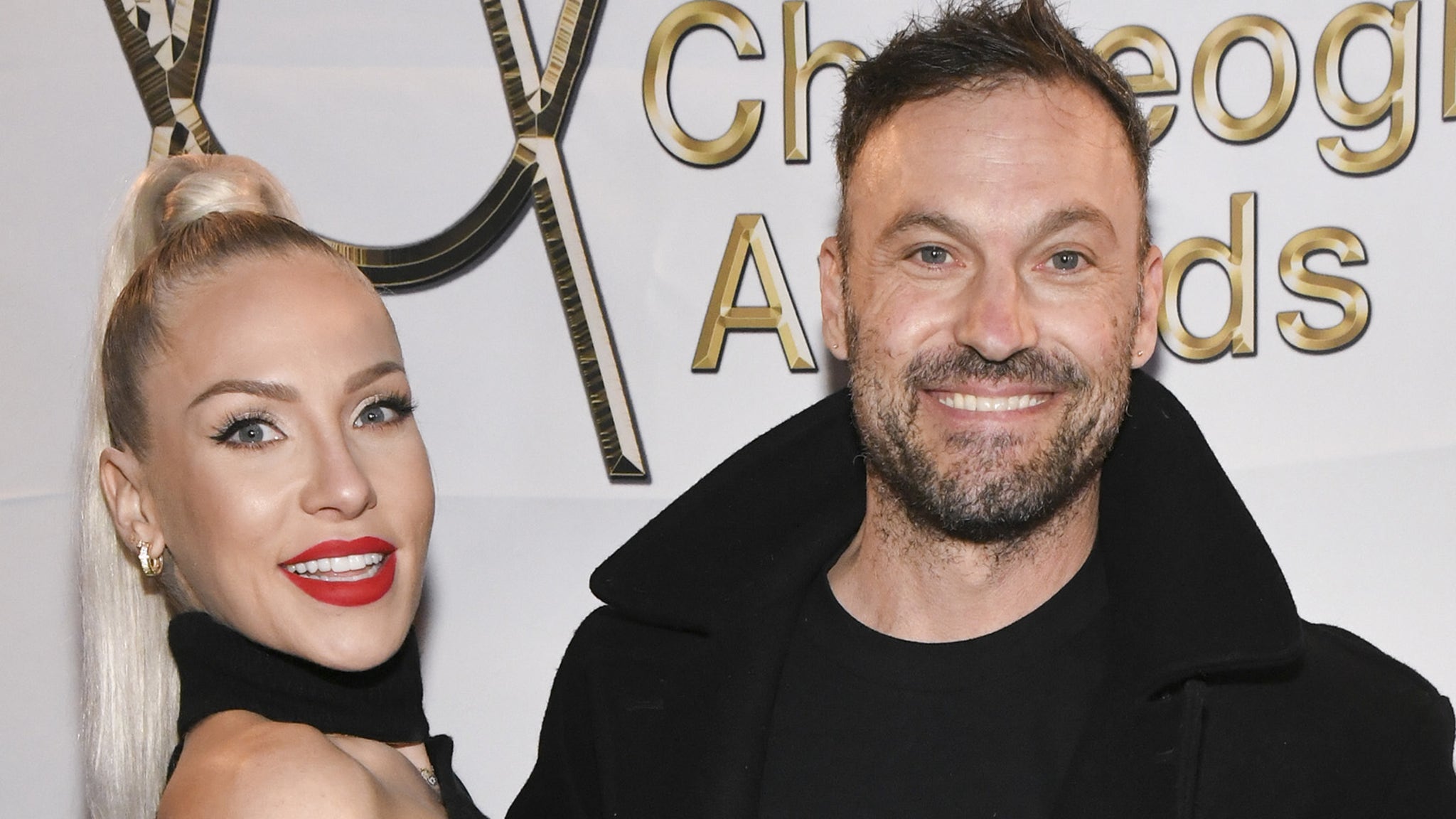 “I didn’t realize how debilitating it was until I saw him and I watched weight drop off him,” Burgess recalled of Green’s “real rough experience” with the bowel disease.

Brian Austin Green and Sharna Burgess are getting candid about expanding their family.

In a new interview with “Good Morning America,” the couple spoke about Burgess’ pregnancy, and their decision to have kids.

Green, 48, and Burgess, 35, are expecting their first child, a baby boy, who is due in July. The new addition will mark Burgess’ first child and Green’s fifth. The “Beverly Hills 90210” star shares three sons, Noah, 9, Bodhi, 8, and Journey, 5, with ex-wife Megan Fox, as well as son Kassius, 20, with ex Vanessa Marcil.

When asked if he had expected to be a father again, Green answered with a smile, “No,” before Burgess clarified, “Initially no.”

“Brian always knew that I wanted to have kids because that was a dealbreaker for me,” the “Dancing with the Stars” pro said. “One of the things I fell in love with him about [was] watching him be a dad and the way he parents and I thought, ‘Man, it would be so incredible to raise a child with him.'”

“I’m experiencing the magic and the not-so-magical parts of it,” she said of her pregnancy journey so far. “Pregnancy’s a trip.”

Meanwhile, the pair put their relationship through one of the biggest tests for any couple when Green became so ill he was “practically bedridden” for more than a month and a half.

Last month, Green posted a video to Instagram in which he shared that he had a severe battle with ulcerative colitis. The “Anger Management” star said he was sick for “about six, six and a half weeks, which wasn’t very fun” and called it “horrible timing” because of Burgess’ pregnancy.

“As long as I can keep things within my system that my body doesn’t think I’m poisoning it with … then it doesn’t fight back.” @withBAGpod and @SharnaBurgess open up to @kayleehartung about the actor’s recent battle with ulcerative colitis. https://t.co/qrwjBZayIg pic.twitter.com/Okwrh2JQ73

Ulcerative colitis is a chronic inflammatory bowel disease that can cause inflammations and ulcers in the digestive tract, according to the Mayo Clinic. As Green suggested by revealing this wasn’t his first stint with the disease, it generally does recur and there is no cure; only treatments to reduce symptoms and seek going into remission.

Green and Burgess opened up about the former’s health scare while speaking to “GMA.”

“I’ve dealt with ulcerative colitis a few times. It’s a real rough experience,” Green said. “Sharna had never experienced it before at all.”

“I didn’t realize how debilitating it was until I saw him and I watched weight drop off him,” Burgess shared, and Green revealed that he lost “like 20 pounds.”

When asked about his treatment plan, Green said he tries to “avoid gluten and dairy as much as possible,” adding, “It’s really just dietary. As long as I can keep things within my system that my body doesn’t think I’m poisoning it with … then it doesn’t fight back.”

Burgess admitted she was “scared,” and noted that while she was “supportive and loving” toward Green, she said “internally” she was “fearful of how long does this go on for.”

The “Terminator: The Sarah Connor Chronicles” actor said after he would ingest food, his body “didn’t process any of it.” He added that he then started “playing catch-up,” such as trying to stay hydrated. “It’s such a battle,” Green explained.

Burgess said her experience taking care of Green taught her a thing or two about herself, specifically about her upcoming role as a mother.

“It showed me how much I really am capable of and that I do have a natural instinct for this,” she explained, to which Green replied by praising his partner. “It’s amazing to see how people can adapt to situations and how well she has adapted to this one.”

Burgess also shared her thoughts on possibly returning to the “DWTS” ballroom. See what she said in the interview, above.