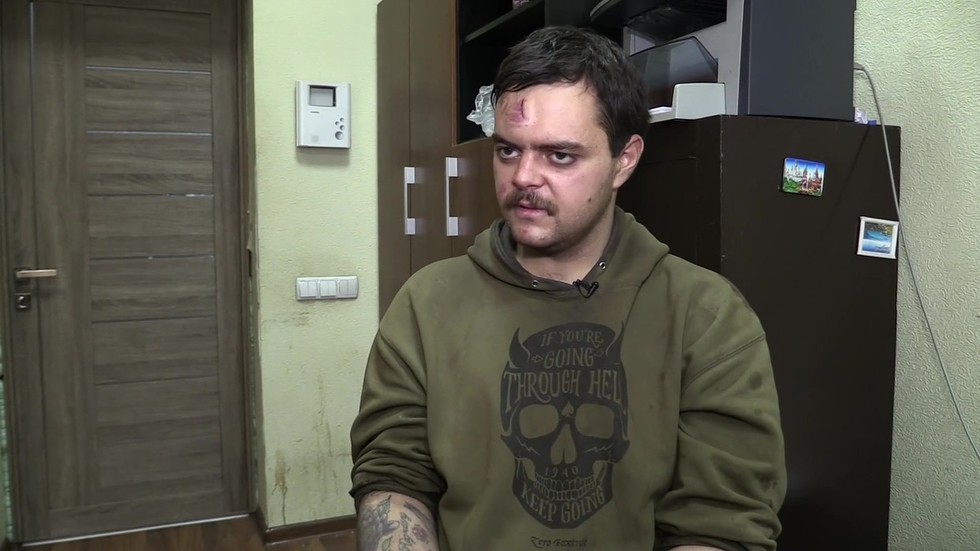 The Ukrainian forces have shown “lack of care” for civilians, Aiden Aslin claims

The situation in the Ukrainian port city of Mariupol is “catastrophic,” and the Ukrainian forces are largely to blame for it, a UK citizen identified as Aiden Aslin, who reportedly fought in the city, said in a video obtained by RT.

The British man apparently surrendered to Russian forces along with Ukrainian marines earlier this week.

Aslin said that when he joined the Ukrainian military in 2018, he believed he was with the “good side.” He explained that the situation in Mariupol was “an eye-opener” for him, claiming he sought to convince his commanders to leave the city, but they chose to stay, not least because Kiev supposedly wanted them to stay.


“The situation in Mariupol is catastrophic. It could have been avoided should Ukraine have left but they chose to stay. Zelensky had a big role [in this decision]. He could have told them to leave but they stayed. I did not want this, I wanted to leave because we do not need war,” Aslin can be seen saying in the video.

“They are criminals,” he added, referring to the Ukrainian soldiers, when asked about the Ukrainian military allegedly killing civilians in the city.


The man, who claims that previously he joined the Kurdish forces in Syria to fight Islamic State (IS, formerly ISIS), says he wants nothing more than to go home to his family and does not want to join any foreign military again, because he is “done for, after Mariupol.”