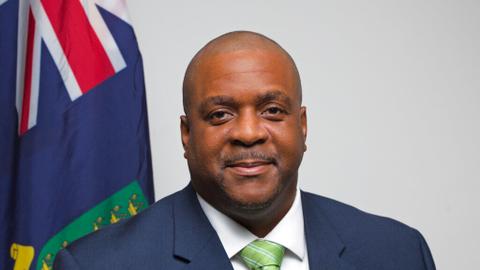 The UK-based inquiry urged John Rankin, who was appointed by Queen Elizabeth II to take the control of the territory for two years.

A UK report has recommended suspending the British Virgin Islands’ self-government and returning to direct rule, as its Premier Andrew Fahie appeared in US court following his arrest on drug trafficking and money laundering charges.

Fahie and the BVI’s chief port official were arrested on Thursday at a Miami-area airport after a sting operation by the US Drug Enforcement Agency (DEA).

The inquiry recommended that governor John Rankin, an appointee of Queen Elizabeth II on advice from the UK government, take direct rule of the territory for two years.

“The arrest yesterday of the premier of the British Virgin Islands on charges related to drugs trafficking and money laundering is extremely concerning and underlines the need for urgent action,” British Foreign Secretary Liz Truss said in a statement on Friday.

Minister for Overseas Territories Amanda Milling will travel “immediately” to the territory to speak to Rankin and key stakeholders, Truss said.

“We will then announce a clear path forward.”

An investigation into alleged corruption and abuse of office under the Fahie government, which had already been underway before the arrest, was published “urgently” on Friday.

The document stated that the probe had shown “clearly that substantial legislative and constitutional change is required to restore the standards of governance that the people of the British Virgin Islands are entitled to.”

Rankin has urged calm in the islands after the “shocking news” of Fahie’s detention.

In January last year, the government voiced “significant concerns about the deteriorating state of governance in the British Virgin Islands, as well as the potential vulnerability of the islands to serious organised crime,” Truss said.

Fahie and BVI Port Authority managing director Oleanvine Maynard appeared with four other detainees in a small courtroom on Friday for a videoconference hearing where the charges against them were read.

Judge Jonathan Goodman of the US District Court for the Southern District of Florida said the pair were charged with conspiracy to import five kilos or more of cocaine and conspiracy to launder money.

The British Virgin Islands, a self-governing Caribbean archipelago, is home to around 35,000 people and is an overseas territory of the United Kingdom, which supervises its defence and foreign policy.

It is one of the world’s leading offshore tax havens. Both the local government and London have been accused by anti-corruption campaigners of turning a blind eye to illicit flows of foreign money.

DEA agents at the Miami-Opa-locka Executive Airport took Fahie and Maynard into custody after they allegedly agreed to accept money from undercover agents posing as Mexican drug traffickers, the Miami Herald newspaper reported.

Fahie and Maynard were to inspect a plane carrying $700,000 that they would receive in exchange for facilitating cocaine shipments through the territory, reported the Herald, citing US authorities.

The officials’ arrests “should send a clear message”, DEA Administrator Anne Milgram said in a statement.

“Anyone involved with bringing dangerous drugs into the United States will be held accountable, no matter their position.”

Maynard’s son was additionally arrested in the affair in another city.