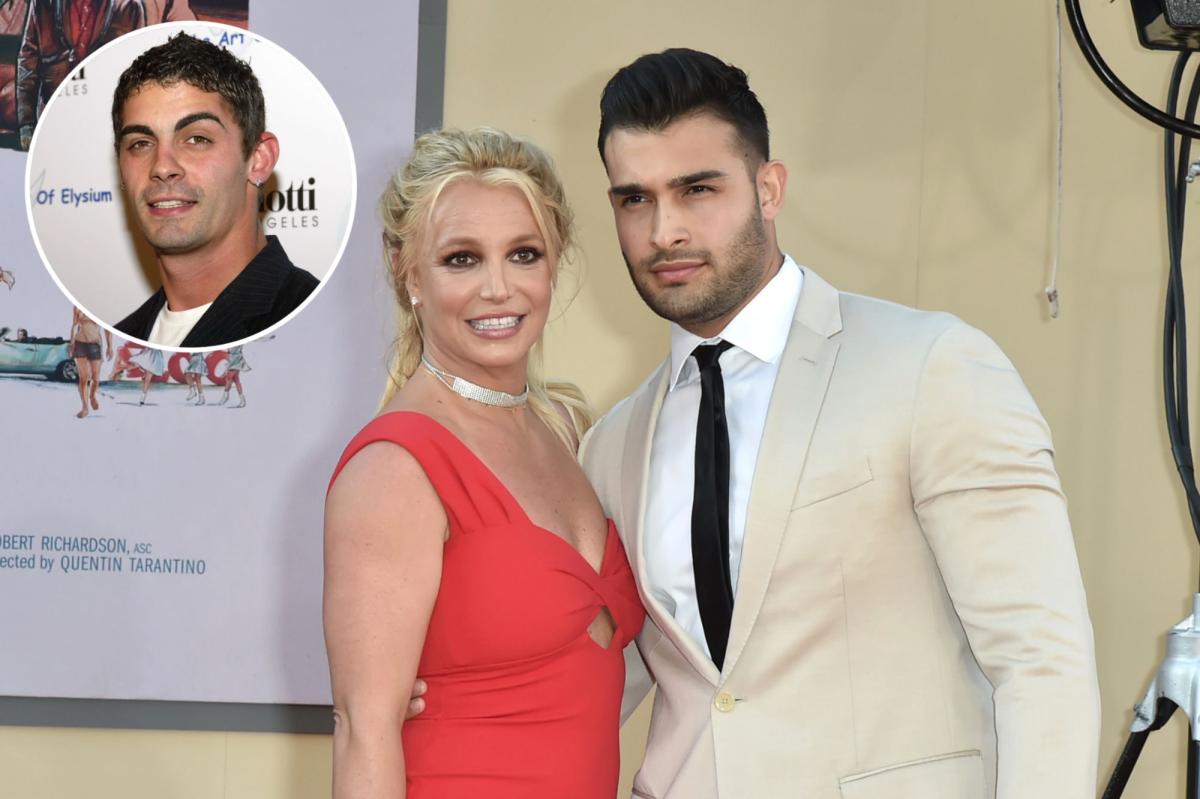 Britney Spears’ ex-husband Jason Alexander was slapped with trespassing, vandalism and battery charges after he broke into the singer’s California home and attempted to crash her wedding on Thursday, according to arrest records.

Alexander, 40, was busted outside Spears’ home in Thousand Oaks, Calif. after he live-streamed the break-in on the day his former beau wed Sam Asghari in her backyard.

In the footage posted to Instagram, Alexander shows the inside of the pop star’s home and even a peek inside her wedding tent.

He is met by event security and can be heard telling them that Spears invited him to the celebration. He threatens to crash her big day and physical struggle ensues, before his phone camera cuts out.

Ventura County Sheriff’s Department responded and made the arrest.

“Jason Alexander has been handcuffed, taken into custody and arrested. I express my thanks to the Ventura County Sheriff’s Department for their prompt response and good work,” Spears’ attorney, Mathew Rosengart, told Page Six exclusively.

“I’m working closely with law enforcement to ensure Mr. Alexander is aggressively prosecuted to the fullest extent of the law,” the former federal prosecutor added.

Alexander is being held on $2,500 bail and also had an open warrant out for grand theft embezzlement and possession of stolen property, according to the Ventura County Sherriff’s Department. Bail was set at an additional $20,000 for those charges.

Though Spears’ ex-husband has expressed public support for her throughout her controversial conservatorship battle — and notably attended several #FreeBritney rallies — he has an alarming history of lurking outside the homes of her family members.

Spears’ relatives were “disturbed” after learning that Alexander visited their homes unannounced in January, a source exclusively told Page Six at the time.

“They think it’s incredibly inappropriate and downright weird,” the source told us.

“It’s bad enough that the family has to deal with fans getting too close for comfort, but they’d like to think they can expect more from Jason, who claims to still have so much love and respect for Britney,” the source added.

Alexander, Spears’ husband for a mere 55 hours in 2004, has previously been arrested for violating an order of protection and stalking an unidentified woman in December 2021. He pleaded guilty to the charges on Jan. 4 and was ordered to serve nearly a year of probation.

The violation marked Alexander’s third arrest in 13 months. He had been taken into police custody for driving under the influence in January 2021 and breaking security protocols at an airport in August.

Alexander and Spears have known each other since childhood, though their marriage lasted less than three days.

On Thursday, the 40-year-old popstar tied the knot to her long-time boyfriend Asghari, 28, in a small ceremony in front of 50 family members and friends, Page Six confirmed.

The couple met on the 2016 set of Britney’s “Slumber Party” music video. They got engaged in September 2021 after five years of dating.