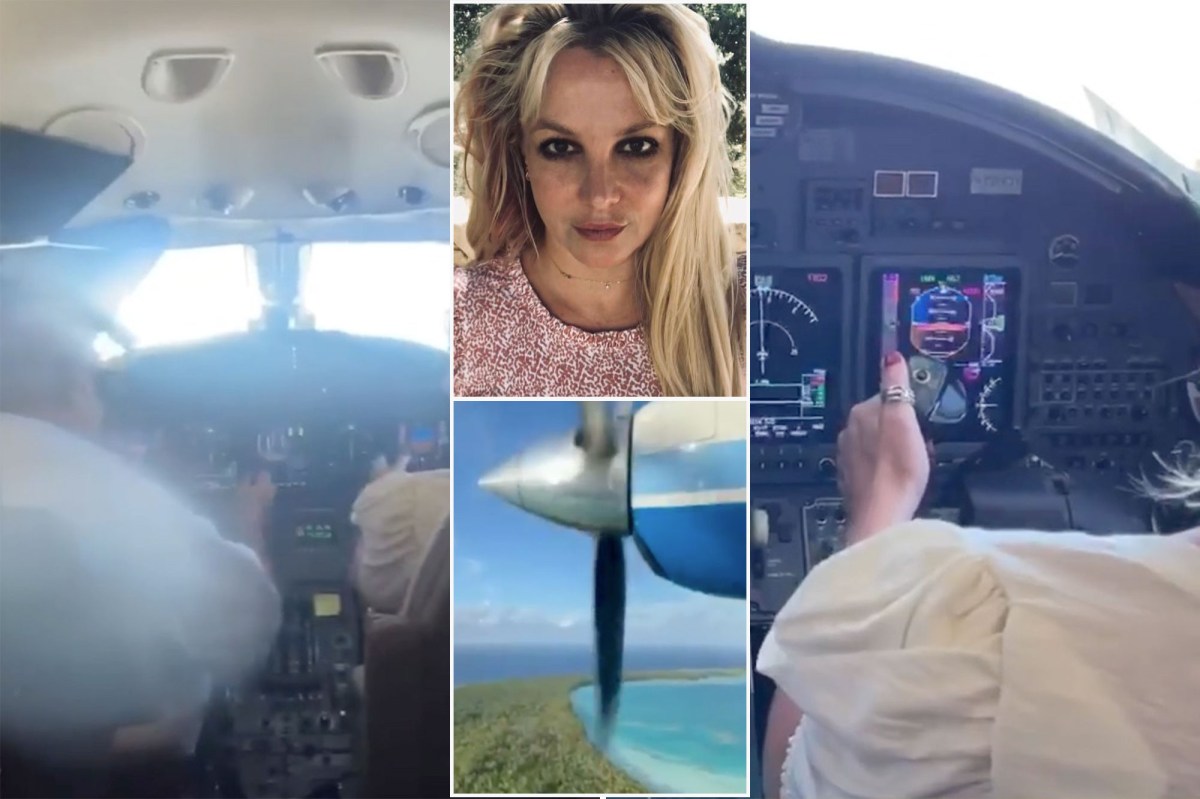 Hours after the pop superstar’s estranged father, Jamie Spears, was suspended from her conservatorship on Wednesday, she told her Instagram followers that she’s “on cloud 9 right now 🤩☁️✈️ !!!!”

Her message — which did not directly reference her hard-fought victory in the legal battle against her dad — was accompanied by video footage that sees her co-piloting a propeller plane followed by a blurry image of palm trees.

(The footage appears to be a throwback; Britney was seen sporting a different top and manicure in a celebratory photo shared on fiancé Sam Asghari’s Instagram Story Wednesday.)

“Pssss bringing the ship 🛳 home, JL,” the “Lucky” singer added, a possible reference to A) her sister Jamie Lynn’s daughter’s softball championship win, which Jamie Lynn posted about on Instagram or B) the conservatorship.

Tension within the Spears family arose after Britney called her conservatorship “abusive” in a landmark June 23 court testimony — and said she wanted to sue her family for allowing it to go on for so long.

After telling a Los Angeles judge in July that she wants Jamie, 69, charged with “conservatorship abuse,” Britney wrote on Instagram that she was “hurt” by Jamie Lynn performing her songs at a 2017 awards show.

Jamie Lynn, 30, insisted that she supported Britney in a series of emotional Instagram Story videos in late June.

“If ending the conservatorship… or whatever the hell else she wants to do to be happy, I support that,” the “Zoey 101” alum said at the time.

Britney concluded her Wednesday post by urging her followers to “stay classy” and promised that “new pics [are] coming soon 📷😉✨ !!!!”

“For the longest time, she had begun to think that she would never see the day that her father’s domineering control over every single aspect of her life would end, but it finally happened,” said the source.

“She’s in shock and at a loss for words but literally jumping for joy. She hasn’t felt joy like this in 13 years.”

Jamie established the restrictive legal arrangement that controlled Britney’s personal, medical and financial affairs in 2008. A recent New York Times report alleged he went so far as to hire a private security company to record his daughter’s private conversations, including those she had with her attorney and in her bedroom.

A hearing to address the termination of the conservatorship is scheduled for Nov. 12.